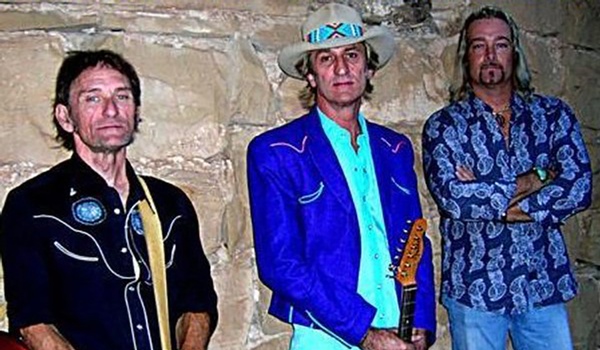 Genuine Cowhide plays a fundraiser for KSJD at 7:30 p.m. Saturday at the Sunflower Theatre in Cortez.

There’s something comforting about honky-tonk music. One of country’s rowdier subgenres, it had its roots more in the barrooms than in churches, although its pioneers certainly sang gospel Sunday morning to repent for Saturday night’s excesses. It borrowed from devil’s music like Delta blues, Memphis soul and New Orleans jazz as much as it owed a debt to the classic, church-driven string band music played in the back hollers. For every Carter Family hymn, you had a Jimmie Rodgers barroom ditty. For every Roy Acuff tune about redemption, you had a Hank Williams weeper about regret.

Honky-tonks were a place where men could escape their wives and families, drown their sorrows in a pint of Falstaff, Schlitz or Pabst Blue Ribbon, chase it with a shot or two of whiskey, stuff their wedding ring into their pocket and search for sin with some pretty young thing on the dance floor. Who knows what drove these characters into these settings. Was it their back-busting jobs in the fields or on assembly lines? Was it scars left from fighting in wars? Was it merely an escape from their dull routines, much like Willy Loman in “The Death of a Salesman?”

I like to think that in part, it was the music. Hank and Lefty, George and Merle all sang about things they could relate to: love and loss, the plight of the working class and the coping mechanisms blue collar folks used to survive. Common topics were drinking, gambling, fighting, screwing and rambling. The characters in the tunes were often in prison, on the run or buried 6 feet in the ground.

And it was loud. Fender Stratocasters were played with lots of reverb to be heard over the low bass sounds, screeching fiddle, snaps of snare drums and clashes of cymbals. It made you want to dance.

There’s a resurgence in honky-tonk these days. Led by Chris Stapleton, Sturgill Simpson, Margo Price, Tyler Childers, Cody Jinks, Whitey Morgan, J.P. Harris and their musical kin, the country album charts are now ruled by retro, leaving the big-hat, big-belt buckle acts that are being pushed by record execs on Nashville’s Music Row in the dust.

One contemporary honky-tonk gem has been plying its craft across Texas, New Mexico, Arizona and Colorado for the past 15 years. That group, Genuine Cowhide, plays a fundraiser for KSJD, dryland public radio in Montezuma County, at 7:30 p.m. Saturday at the Sunflower Theatre in Cortez. Led by guitarist/singer/songwriter Dale X. Allen, Cowhide is as authentic as they come. Through their 15-year-plus history, the hard-core honky-tonkers have traversed the Southwest converting the uninitiated through Allen’s beat-up Fender Telecaster. Made of equal parts spaghetti western, Bakersfield honky-tonk and ’80s SoCal cowpunk, they slice through the dark underbelly of country music where blood, booze, sweat and tears drench the dance floor.

Recently, Allen and company released their fifth disc, “Red Dirt Colorado Girl,” which pays homage to his most recent home base in Montezuma County. He first entered our universe as lead guitar slinger for Dave Insley’s Careless Smokers back in the early 2000s, but quickly emerged with his own outfit and a pair of records that are still in my regular rotation: “Modern Sounds in Hillbilly and Western” and “Paint the Ponies.” Allen relocated from Austin to New Mexico, where he holed up and took a needed break from reality. Upon moving to the M.C., he’s emerged fully recharged with a pair of stellar releases. Trust me, it’s worth the carpool over to Zetroc to get sweaty and stinkin.’

The San Juan Symphony presents “Drama & Destiny” at 7:30 p.m. Saturday at the Community Concert Hall. The program explores the emotional extremes of the human spirit. It starts with “Cantus in Memory of Benjamin Britten,” a simple lament for a contemporary by Estonian composer Arvo Pa?rt. This sets the stage for Mozart’s “Piano Concerto No. 20 in D Minor,” featuring pianist Inna Faliks. The devastating beauty of Tchaikovsky’s final symphony, “Pathe?tique,” closes the evening.

Downtown Durango businesses are once again teaming up with the Business Improvement District and the Chamber of Commerce to provide safe trick-or-treating for children from 4-6 p.m. on Halloween. More than 80 downtown merchants will offer Halloween goodies and surprises for kids 10 and younger dressed in costumes and accompanied by an adult. Participating businesses will display bright orange or teal pumpkin signs in their windows to signal their involvement. The teal pumpkins indicate a business offering non-candy treats for children with food allergies. Look for these signs up and down Main and East 2nd avenues, from Rio Grande Land north to the 1200 block, and up and down adjacent side streets.

The Cirque Du Spook Halloween dance takes place at 8 p.m. Friday at the ACT. Boogie the night away with music by DJ Noonz and performances from local circus acts. Crowd participation is encouraged, as there will be a costume contest for cash prizes at 10. All costumes should be culturally appropriate and “costume does not equal consent,” remind organizers. The last few circus shows at the ACT have sold out.

Due to a medical emergency, Luis Bravo’s Forever Tango at the Community Concert Hall has been canceled next Wednesday. Patrons holding tickets for the show should have received an email notification and will receive either a full refund or an option to exchange tickets for a future show.

Elsewhere: the Garrett Young Collective brings honky-tonk to Shooters & Shenanigans in Pagosa Springs at 8 p.m. Halloween and Friday; and the Black Velvet Duo returns to the Diamond Belle Saloon at 5:30 p.m. Saturday.

When you’re sad and lonely and have no place to go? Email me at chrisa@gobrainstorm.net.