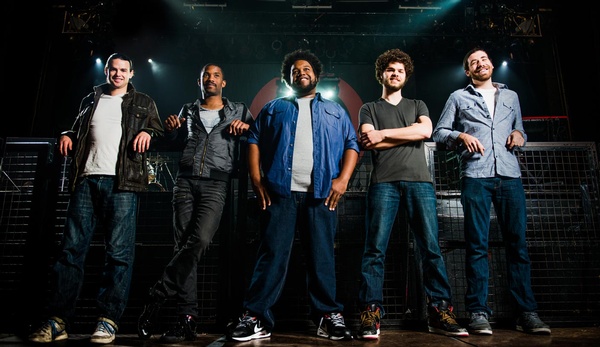 The Main Squeeze blends funk, soul and rock at the Animas City Theatre at 8:30 p.m. Monday

The World Series started this week. In case you live in a cave, it pits the two Major League teams with the longest title droughts: the Chicago Cubs (last title in 1908) vs. the Cleveland Indians (last title in 1948). Somebody’s gotta win. My prediction? Cubbies in six.

For those who could care less, there’s plenty going on this week.

One of the biggest blues acts of the 1980s was the Fabulous Thunderbirds, featuring the singing and harmonica playing of Kim Wilson and the guitar pyrotechnics of Jimmie Vaughan, older brother of Stevie Ray. As the lone remaining original member, Wilson has continued to produce high-quality Texas blues, R&B and Southern rock with the Fabulous Thunderbirds for more than 30 years. The Fabulous Thunder- birds come to the Community Concert Hall at 7:30 p.m. Tuesday in support of their latest record, “Strong Like That” ... the 14th studio album of their career. Classic rock FM radio used to be filled with Thunderbird singles like “Tuff Enough,” “Wrap it Up” and “Powerful Stuff.”

Durango Massive and Rocky Mountain High presents The Main Squeeze and PHO at 8:30 p.m. Monday. The Main Squeeze seamlessly blends funk, soul and rock into a feel-good musical gumbo that promises to keep your body moving. The energetic Chicago-based quintet sprung from the fertile soil of Bloomington, Ind., in 2010 and hasn’t let up since. PHO is a Twin Cities funk band that released their debut album, “Cash It,” in February.

The Community Concert Hall hosts one of the world’s most revered dance troupes, Paul Taylor’s Taylor 2, at 7:30 p.m. tonight (Thurs., Oct. 27). Founded in 1954 as the Paul Taylor Dance Co., Taylor 2 formed in 1993 to ensure that his works could be seen by audiences throughout the world.

Local singer/songwriter Elle Carpenter will hold a CD re- lease party tonight at the Balcony Backstage. Carpenter is a local in that she calls Durango home, but her career has taken her across the continent and beyond. She’s toured the USA since 2010, originally as a pop-rock artist, and more recently in the acoustic folk/rock/country genre. Her latest record, “Sincerely Yours,” is the fifth of her career.

Halloween means lots of fun for the whole family ... and not just the ones eating mushrooms. I own a T-shirt that says “Fort Lewis Shroomfest 1988 ... You weren’t there, but I saw you any- way.” It’s way too small for me to squeeze into anymore, but I won’t throw it out. Here are some Halloween highlights:

- Downtown Durango businesses will hold their seventh annual safe Halloween event from 4-6 p.m. Monday. Children ages 10 and younger dressed in costumes and accompanied by an adult can trick or treat at participating downtown merchants from Rio Grande Land to 13th Street, including Main Avenue, 2nd Avenue and the adjacent side streets. Just look for businesses displaying the pumpkin signs.

-The full Black Velvet and the Ben Gibson Band play a Halloween party at the Derailed Pour House at 8 p.m. Saturday with a costume contest, raffle and more.

The last time the Cubs won the World Series was 1908. Hell, they haven’t even appeared in the Fall Classic since 1945 – the year before my dad, step-dad and mom were born. Let’s just say it was a long time ago in a galaxy far, far away. This week’s Top Shelf list features some interesting facts about 1908. Go Cubbies!

- Theodore Roosevelt was president. Teddy, a Republican, decided not to run for a third term. Twenty-four years later, though, his fifth cousin Franklin D. Roosevelt, a Democrat, was elected president for the first of four times. Ironically, Teddy was more closely related to Eleanor Roosevelt his niece than to her husband, FDR. A future president, George W. Bush, was managing partner of the Texas Rangers baseball club in the 1990s. In the words of Super Ted’s Super Trivia host Ted Holteen, Bush bought low and sold high. He made a killing on the Rangers.

- Bulgaria declared its independence from the Ottoman Empire. In the next half-century, it would fall under Nazi German and, later, Eastern Block Soviet rule. No Bulgarian has played Major League Baseball; however eight Russians and 42 Germans have played.

- The British Nimrod Expedition attempted to reach the South Pole but failed. Three years later, a Norwegian expedition led by Roald Amundsen succeeded. Incidentally, three Norwegian natives have played in the Major Leagues, starting with John Joseph Anderson, who debuted in 1894 for the Brooklyn Grooms. Anderson’s final MLB appearance was in 1908 for the Chicago White Sox.

Do the Cubbies still play in their ivy-covered burial ground? Email me at chrisa@gobrainstorm.net.