Fathers & sons (or musings from the land of Bud Light) 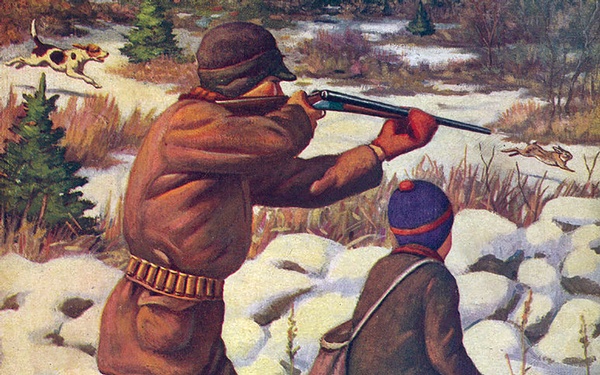 My buddy Elwin Johnston texted me last week to drop by his house and pick up a deck of sports trivia cards to help pass the time on my annual pheasant hunting trek to Kansas. He thought my son, Otto, and I could pass the miles by testing each other’s deep knowledge of football, basketball, baseball and hockey. Unfortunately, I’d already crossed the state line when I received his message.

I called Elwin back to thank him, and he apologized in jest for not committing my itinerary to memory. Then he told me how jealous he was that I’d be spending a week in the field hunting with my son.

Five or six weeks ago, Otto took his hunter safety class and passed with flying colors, beating even the adults in the room with a near perfect score. He’s accompanied me in the field for the past several years, both in western Kansas and the San Juan Mountains. My younger son and Otto’s little brother, Gus, died in 2011. I was on a hunting trip in Kansas when he got sick the day before Thanksgiving. In each of the seven years since, Otto has joined me, carrying his BB gun and helping us find downed birds.

But the 2019 season would be different. A few days before departure, I purchased our Kansas out-of-state licenses online, printed them out, and tucked them inside the pouch that holds our hunter safety cards.

Last Friday morning, we packed my Toyota Tundra with our hunting gear, warm clothes, coolers of food and our trusty German shorthair pointer, Jesse. We backed out of the driveway at 8:45 a.m. with hopes of arriving in southwestern Kansas by sunset. Slushy, snowpacked and icy roads over Wolf Creek and La Veta passes added a couple of hours onto our drive time and the sun had already set by the time we crossed the state line ... right about the same time Elwin’s text came through.

We met up with our hunting companions Friday night in Colby, where my college roommate Bill Deter had booked us rooms for the night. Our annual pre-hunt supper of medium rare rib-eyes, German fried potatoes and Rocky Mountain oysters at Twister’s Bar was as good as ever. As always, it was the local color that stole the show.

First, a drunken teabilly pestered me about politics in the men’s room. “Are you a Democrat or Republican?” he asked as I drained three pints of Boulevard Wheat from my bladder. Knowing that my ponytail and affinity for craft beer in Bud Light country were dead giveaways of my liberalness, I skirted the question and said that I’ve yet to meet a politician who has done anything to help working folk like us. My new men’s room BFF muttered something to the effect that he really hated Trump, but will never vote for a Democrat. I said I needed another beer.

Then, the line cook came out to help the waitress with our order, as the kitchen was closing in a few minutes. He complimented our choices, with the exception of Otto’s rather odd order of a chef salad. My boy likes his greens on occasion, but aside from trips to Twisters, I’ve never seen him order a chef’s salad. He did gulp down a couple perfectly fried and filleted bull testicles, though, which earned praise from the cook and bathroom tweaker, who had now sat down at the end of our table.

I asked for hot sauce for our bull fries. The waitress smiled and said they have Heinz 57, Tabasco and A-1. I didn’t have the heart to inform her that two of those choices were not, in fact, hot sauces. I settled for Tabasco, and she presented me with an unopened bottle of what was surely the first they’d ever served at Twisters.

At the end of the meal, Deter tipped the waitress nearly 30 percent, winking at her that he was keeping the bottle of Tabasco for our road lunches later in the week. She seemed confused. I felt like the hero in Charlie Daniels’ “Uneasy Rider,” counting my blessings that we were able to get out of Twisters without having to kick old Green Teeth in the knee.

The next morning, we packed our gear and drove northeast to the tiny town of Lenora, where there were several walk-in hunting spots, which allow the general public to hunt on private land without the landowner’s written permission. The county roads were slick from the melting snow that fell the day before ... slick enough to limit our hunting to fields that bordered gravel or paved county roads and state highways.

This limited access meant we only bagged one pheasant and one quail on Saturday. Sunday wasn’t much better ... the roads were still greasy, and my Tundra fishtailed even on flat ground at 5 MPH.

But in one draw on Sunday morning, Deter and his 16-year-old boy, Dalton, each knocked down quail. Their Labrador retriever, Bobbie, brought each bird to hand. Fathers and sons, just like Elwin said.

Later that day, the roads dried out enough that we were able to finally get to a long draw that a farmer friend of ours, Greg Sumner, owned. I dropped our hunters off at the northern end of the draw and was already moving my truck to the southeast corner to block when I noticed Jesse go on point. I stopped and watched Dustin Mackle, my late little brother’s best friend, raise his gun at a pair of rooster pheasants. Dustin killed the first clean but missed his shot on the second.

Otto pulled up his Harrington & Richardson single-shot 20-guage and took aim. It was a 35-yard left-to-right cross. The shot rang out and the pheasant fell from the sky.

In 1981, I took aim at my first pheasant with that same Harrington & Richardson. I missed. In fact, I missed quite a few before finally bagging a bird. My old man didn’t make his first shot on a pheasant. Neither did Uncle Billy, Deter, Dalton or Dustin. Watching my boy chase after his first downed rooster brought tears to my eyes.

Happy Thanksgiving! Email me at chrisa@gobrainstorm.net.