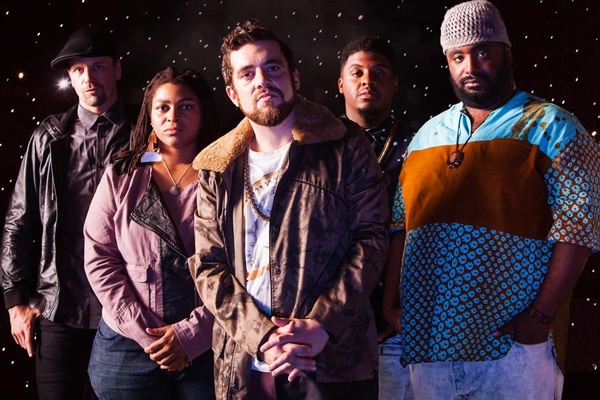 Yeah, I’m a “Game of Thrones” junkie. Call me a ComicCon geek, but I’m down with the Fett and Spock and everything else Sci-Fi.

You may not realize that lil’ ol’ Durango has a “Game of Thrones” tie. Jason Momoa, who played Khal Drago in the first season, nearly played collegiate soccer at the alma mater back in the mid-to-late 1990s when the program was taking its first steps into becoming an NCAA Division II powerhouse. He’d have played with the likes of Luc Cisna and Benj Fredrick back when the ’Hawks were earning some of their first NCAA tournament berths. Oh, what might have been ... Aquaman in navy and gold!

If you’re a fan of Houses Targaryen, Stark, Lannister or Greyjoy, then you’ll be excited to note that the Community Concert Hall welcomes “Musical Thrones: A Parody of Ice and Fire” at 7:30 p.m. Tuesday. Composed by brothers Jon and Al Kaplan, “Musical Thrones” is touted as a “love letter to fans,” bringing them on a journey through seven seasons of the HBO Emmy-winning series.

The art of flamenco returns to the Concert Hall at 7:30 p.m. tonight (Thurs., March 15) with Flamenco Vivo Carlota Santana’s latest production, “Voces del Sur,” which offers a glimpse into the mysterious land of Andaluci?a, the southern region of Spain known as the Cradle of Flamenco. Andaluci?a is home to a diverse group of cultures, including Arabic, Gypsy and Sephardic Jew. The troupe was founded in 1983 by Roberto Lorca and Carlota Santana, who had the vision that new Spanish dance should not only find a permanent home in the U.S., but also an in an environment that would ensure its artistic success.

The Road to CeleFunktion brings funk and soul to the Animas City Theatre on Friday and Saturday with the Nth Power. Just six years old, the Nth Power formed during an impromptu late-night jam at Jazz Fest 2012 in New Orleans. In fact, they chronicled this moment on their 2013 debut EP, “Basic Minimum Skills Test” in their jam, “JazzFest 4:20 AM (B.M.S.T.)” The trio includes Nikki Glaspie (Beyonce’s drummer for five years before joining Ivan Neville’s Dumpstaphunk); Nate Edgar (Groovechild, John Brown’s Body); and singer/guitarist Nick Cassarino (Jennifer Hartswick Band, Big Daddy Kane). Local music fans first caught the Nth Power at Telluride Jazz shortly after the group’s formation. They followed their first EP with a studio album (“Abundance” in 2015) and a live record (“To Be Free” in 2016). The Denver-based trio Evanoff opens Friday’s show, while Durango’s own J-Calvin’s Funk Express starts the party on Saturday. Doors are at 8:30 p.m. Friday and 7 p.m. Saturday.

The 9th annual Mancos Melt takes place this weekend. Highlights include the kickoff party and wine tasting at Olio from 6-8 p.m. tonight, a putt-putt golf tournament at 12:30 Saturday at the Columbine Bar, a bed race down West Grand Ave. from 10:30 a.m. -12:30 p.m. Saturday, and dancing to the Afrobeatniks at 7

p.m. Saturday at the Columbine. Things often get crazy over there in the land where art meets adventure, and a Spark of Burning Man on Saturday night will no doubt ensure this. Dress the part ... there are prizes galore to be won!

You could win a trip to the New Orleans Jazz & Heritage Festival this week by pledging during KSUT’s spring membership drive. The trip itself takes place from May 2-7, with five nights’ lodging in the French Quarter, four days of passes and round trip airfare for two from Durango. Highlights include all the usual Crescent City suspects, including Aaron Neville, Trombone Shorty, Kermit Ruffins, the Preservation Hall Jazz Band and a 40th anniversary reunion show by the Radiators, plus headliners Aerosmith, Beck, LL Cool J featuring DJ Z-Trip, the Steve Miller Band, Smokey Robinson and Jack White.

Other highlights during KSUT’s membership drive include live music performances by a host of local acts including Liver Down the River, the Cannondolls, Kirk James, the Stillhouse Junkies and Lacey Black; morning prizes that pair concert tickets with gift cards to local restaurants; VIP festival packages to assorted Durango, Pagosa Springs and Telluride festivals; and Day Prizes like Outdoor Gear Day, Local Grower’s Day, Books & Coffee Day and much more. Pledge online at ksut.org or call 970-563-0255. The grand prize drawing will be held at 6 p.m. Thursday.

The best thing I’ve heard this week is the latest from Denver’s own Nathaniel Rateliff & the Night Sweats, “Tearing at the Seams.” There’s nothing new here for longtime fans ... just pure soul gold. Tracks like “You Worry Me” and “A Little Honey” are standouts.

You can hear their footsteps crush the fresh-fell snow? Email me at chrisa@gobrainstorm.net.