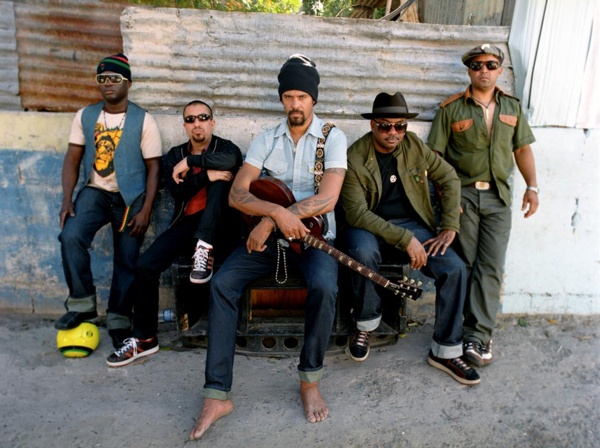 Forty years in any business is no small feat. Forty years in public radio is monumental. With each election cycle, public media is threatened with extinction. Should the wrong party get control of both houses of Congress and the White House … well, you do the math. “Car Talk” and “A Prairie Home Companion” wouldn’t stand a chance. When KSUT went on the air in June 1976, it served an underrepresented community – the Southern Ute Indian Tribe, many of whose elders at the time spoke the Ute language and needed a radio voice to broadcast community announcements. KSUT was born as one of the first 10 tribal radio stations in the country. Through the years, NPR programming was added, the signal split into a Four Corners signal that featured a AAA/Americana music format and a tribal station, and KSUT extended its broadcast area across nearly all of Southwest Colorado and Northwest New Mexico. Through the years, the station has brought hundreds of internationally known musicians to town, either on its own or partnering with local promoters.

KSUT celebrates its 40th anniversary Saturday with its biggest production ever: Michael Franti & Spearhead at Three Springs. Gates open at 1, with a pair of opening acts – local world beat group the Afrobeatniks at 2 and indie-pop singer Zella Day at 3:30. Spearhead takes the stage at 5. A variety of food vendors will be on-site, including Ska, Guy Drew Vineyards, Wagon Wheel Liquors and Durango Craft Spirits. Go green with your commemorative KSUT/Ska stainless steel pint glass.

Ever since breaking out of the gates with 1994’s “Home,” Spearhead has opened minds with their blend of hip hop, reggae, funk, rock and folk. The music serves as the vehicle for Franti to deliver upbeat messages about social justice, human rights, environmental causes and more. Franti & Spearhead’s ninth and newest album, “Soulrocker,” adds electronica to the mix and juxtaposes politically charged tunes like “Good to Be Alive Today” (a beautiful, piano-driven ballad with rhymes that would make the beat poets jealous) and the defiant “Still Standing” with fun-loving, pop numbers like “My Favorite Wine Is Tequila” and “Summertime Is in Our Hands.”

Across Wolf Creek Pass in South Fork, Rhythms on the Rio brings festival favorites the Infamous Stringdusters, the Band of Heathens and the Larry Keel Experience featuring Danny Barnes to the banks of the Rio Grande from Friday through Sunday. The slate is rounded out with top regional acts including Eufórquestra, SHEL and Grant Farm, plus Durango favorites like the Robin Davis Duo, Liver Down the River, the Scrugglers and Elder Grown. It’s also one of the region’s most affordable festivals and a great campground pick.

The Telluride Jazz Festival also takes place Friday through Sunday in Town Park, and this year’s bill is a fat one … as in Fat Tuesday, New Orleans style. The guest of honor is R&B/funk/jazz keyboardist Jon Cleary, and the undercard includes Crescent City masters like Galactic, Kermit Ruffins & the BBQ Swingers, Rebirth Brass Band and more. Traditional jazz will be provided by John Scofield, Marcus Miller and others. In what makes zero sense, I’m considering a Franti Saturday chased down with N’awlins Sunday in Town Park for a four-band blowout that includes Ruffin, Rebirth, Cleary/Scofield and Galactic in a six-hour marathon. That day alone rivals the best single-day lineup I’ve ever seen at any Telluride festival.

On a local note, the Stillwater All Stars were invited back to Telluride Jazz and open Saturday’s main stage at noon. If you don’t have a pass to the festival, you can catch them at the Wilkinson Library in Telluride for free at 2 p.m. Saturday. Stillwater’s adult jazz band, Seven Sharp 11, will perform at the library at 2 p.m. Sunday.

Bordering on the insane is the Vertex Festival in Buena Vista (also Friday through Sunday), which features Alabama Shakes, Trey Anastasio Band, Odesza, Lettuce, Gramatik, Graham Nash, the Revivalists and dozens more. Expect tens of thousands to pack into the Arkansas River headwaters for this one.

Down south a wee bit, the Appleseed Collective brings its American roots music to Crash Music in the historic Aztec Theatre at 8 p.m. Wednesday. Imagine hot club licks mixed with Scots/Irish fiddle or, better yet, the old-time energy of Reeltime Travelers stretching out into Deadesque space.

It’s a new month, which means a new Firkin Friday at Steamworks. This month, its Raspberry Mojito, tapped at 3 p.m. Friday. Featuring a base of the award-winning Colorado Kölsch, the Raspberry Mojito recipe was developed by assistant brewer Chad Quinn, who began by creating a simple syrup reduction of fresh raspberries and hand-squeezed lime juice, with the addition of freshly minced mint leaves. “The end product should be sweet up front from the raspberries and lime, cleaned up by the light and refreshingly carbonated Kölsch, leaving the mint to give a nice freshness as the beer leaves the palate,” said Quinn.

The Irish Embassy Pub Underground’s TGIFF series resumes this Friday with FunkFlava from 8-10 p.m. (featuring the Funk Collective’s instrumental funk jam), followed by FatFuture from 10 ‘til midnight and the sounds of Peter Robot & DJ VE RA.

The white zone is for loading and unloading only? Email me at chrisa@gobrainstorm.net.