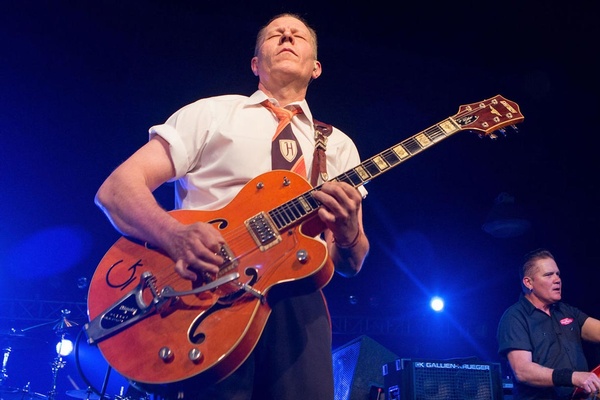 It’s an All-SEC final Monday night, much to the joy of the Aaland household, as my beloved Crimson Tide squares off with the exciting upstart Bulldogs from Georgia. Why, you ask, would a mountain boy cheer on a team from the conservative center of the universe? Let’s just say for more than 20 years, I was employed by my alma mater’s athletic department and saw epic futility most autumn Saturdays in front of my own eyes. When I was dismissed from my old job, I figured I’d served my time cheering on lovable losers. Thus, I adopted Alabama as my team. Nick Saban runs a first class program in which his players win and keep their noses clean. Screw up off the field on Nick’s watch, and you’re sent packing. My two trips to visit my in-laws in Birmingham dispelled most of my prejudices about the Deep South with its mix of contemporary urban cool and vintage Southern gothic, plus vintage record stores and glorious meat-and-three lunch counters. For every Roy Moore dinosaur, you’ll find a progressive warrior like Jason Isbell slaying the dragons of Alabama’s past. Kickoff is 6 p.m. Monday.

Tuesday when the Reverend Horton Heat returns to the Animas City Theatre. Led by singer/guitarist Jim Heath, the power trio includes upright bassist Jimbo Wallace and recent addition RJ Contreras on drums. For decades, they’ve been the leading purveyor of psychobilly, a frenetic blend of rockabilly, punk and country. Rumor has it that Heath had an epiphany in a parking lot brawl that ensued after a Cramps concert in Dallas in the early ’80s. Shortly afterward, he assumed his stage name and launched a music career. In 1990, “Smoke ’Em if You Got ’Em” was released on the Seattle Sub Pop label. The band hit their stride with mid ’90s albums like “Liquor in the Front” and “It’s Martini Time,” both of which saw major label releases on Interscope Records. The hot streak continues to this day, with records like “Spend a Night in the Box,” “Lucky 7” and “Laughin’ & Cryin’” among my favorite releases of the past 20 years. In 2008, Heath showed his musical depth by experimenting with lounge, jazz, blues and R&B on the trippy, all-instrumental release, “RevOrganDrum.”

The Good Reverend has a secret weapon on this tour, too, with Big Sandy performing a solo opening set. The alter ego of Robert Williams, Big Sandy & his Fly-Rite Boys energized the California roots rock scene in the ’90s by playing the western swing and country boogie that was popular in Golden State watering holes in the ’40s and ’50s. Their seven-record run on the old HighTone label in the ’90s and early 2000s was an epic one. Durango fans saw Big Sandy nearly a decade ago when he joined forces with Los Straitjackets for a Spanish-language surf show at the Hank. He also brought the Fly-Rite Boys to the Dolores River Brewery back in 2013.

A shooting star in the jam-band universe is the electro-funk champions of Lawrence, Kans., the Floozies, who bring their Powder Rangers 2 tour to the ACT at 9 p.m. Wednesday. A project forged by brothers Matt & Mark Hill (on guitar and drums, respectively), the Floozies blend the unlikely mix of swing, bebop and electronica into a powerful funk with live instrumentation, samples and digital effects. Opening is Daily Bread, the stage name of Atlanta hip-hop producer and multi-instrumentalist Rhett Whatley.

The sleeper show of the week takes place at 9:30 p.m. Saturday at the Balcony Backstage, when the Moetones and Genuine Cowhide perform. The Moetones, based in Montezuma County, play hot rod rock & roll with elements of the Sex Pistols, Rolling Stones and Johnny Cash. Genuine Cowhide serves up greasy honky-tonk and alt-country and is a welcome addition to the scene after nearly a decade away. I once booked them for Durango Acoustic Music around a decade ago, when their albums “Modern Sounds in Hill-billy and Western Music” and “Paint the Ponies” were staples on my old Cask Strength KDUR show. The two bands have a shared ingredient in guitar ace Dale X. Allen, who fronts Cowhide and serves as Moe Cooley’s chief foil in the Moetones. Allen, once the chief guitar slinger in Dave Insley’s Careless Smokers, recently moved to the area, where he used to haunt such dives as the Hollywood Bar in Mancos and the Columbine Bar in Dolores.

If you dig Jersey-style jam-grass, you probably already know that Railroad Earth is playing the Sheridan Opera House in Telluride this Friday. If you were lucky, you already bought tickets as this one sold out long ago. Miracles often happen there for those waiting in front of the venue with kind bud and cash.

Wanna be a DJ and spin turntables like Wolfman Jack and the DJs of old? You can impress your friends with your musical knowledge and drop the needle on some vintage wax. KDUR hosts its DJ application meeting for the upcoming semester at 5:30 p.m. Wednesday in 125 Noble Hall at FLC.

New month, new beer! Steamworks serves up a special McGrahamits Scottish Firkin at 3 p.m. Friday. The unique McGrahamits features a base of Steamworks’ popular McDammits Scottish Ale, which enjoys a rich malt character of caramel, molasses and chocolate, along with a hearty 8.5 ABV. “We then created a drinkable form of graham cracker flavor using honey, molasses, vanilla, cocoa and cinnamon and added that to the firkin,” brewmaster Ken Martin said. “The McDammits and this graham cracker flavor combination seem like the perfect match. It should have a true warming flavor and effect ... great for the depths of winter.”

Not to be outdone, Ska hosts the release party for its highly anticipated Ska Face Barleywine at 5p.m. Friday. The English-style barleywine has aged for two years in Peach Street Colorado Straight Bourbon barrels.

One of the things that makes BREW Pub & Kitchen rather special to craft beer aficionados is the ever-changing slate o’ suds. Brewmaster Erik Maxson’s December offerings were among the best he’s ever crafted. With the rolling over of the calendar comes three new sensations: Vitruvius, a well-proportioned American IPA; Wally, a solid and easygoing American Pale Ale; and a still unnamed Belgian golden ale.

Roll Tide? Email me at chrisa@gobrainstorm.net.