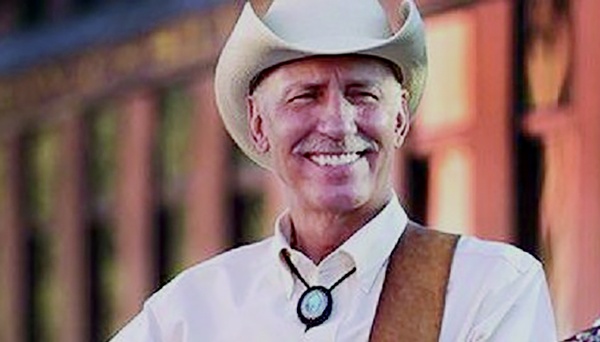 The guitar gently weeps in Durango, as local icon Greg Ryder died in a head-on collision last week. A regular performer at the Strater for decades, Ryder’s warm voice, friendly smile and  omnipresence in front of a microphone made him a favorite of thousands of fans and countless local musicians. A week later, we’re still coming to grips with this loss. His is a voice silenced far too soon, but Greg would want the proverbial show to go on. Seek out his music on CDBaby.

Former Pretty Lights member Michal Menert brings hip-hop, jazz and electronic music to the Animas City Theatre at 9:30 p.m. Saturday (doors at 8:30). For more than 15 years, Menert has revolved near the center of Colorado’s EDM scene, coproducing Pretty Lights’ 2005 debut, “Taking Up Your Precious Time” while releasing several solo records. Born in Poland, his family immigrated to Loveland in 1987, where he attended school and immersed himself into skater culture. Fueled by an interest in hip-hop, funk and punk, Menert started playing guitar and keyboards and dropped out of college to work as an engineer in a Fort Collins recording studio. His life hasn’t always been easy – he was stabbed in a drug deal gone bad in 2007, arrested for dealing shortly afterwards and served as his father’s caregiver when the elder Menert fought cancer. The son emerged stronger for it, focusing on music. He and his band, the Pretty Fantastics, has reassembled in Southern California, where Menert released his poetic album, “From the Sea,” last year.

Beer drinkers should not feel left out this week. Ska hosts the third and fourth release in its Barrel Aged Series from 5-7 p.m. Friday. The brand-new Nefarious on Laws and Skamalgam Ale will be poured alongside two other Ska brews and paired with hand-crafted bites. Attendees will also meet the folks who crafted the ales and learn more about them. Cost is $24.99 to reserve your bottles to take home for later consumption and a seat at the event. I attended the first of two of these tastings and it opened my eyes to the interaction between beer and food. I’m not sure if I’ll ever be able to drink a barleywine that isn’t paired with Stilton cheese and candied nuts. Email kira@skabrewing.com for reservations.

Steamworks’ May firkin ushers in warmer weather with the fruity blend Pineapple Express, which will be tapped at 3 p.m. Friday. The brewers started with a base of the Steamworks Sultan of Stoke, which is the brewery’s New England style or juicy IPA. “These IPAs are known for their low perceived bitterness and are big on flavor and aromas of tropical fruit,” head brewer Ken Martin said. “We added a pineapple puree to the firkin, which should complement those flavors nicely. Jimmy Buffett would be singing about this one. We invite him to come have a pint on us.”

Celebrate the 145th Kentucky Derby in style at the Powerhouse Science Center from 1-6 p.m. Saturday. Don your finest hats, spring outfits and suits, and trot down to the Powerhouse for the Durango Derby – an afternoon of horse races, gambling, prizes, yard games and, of course, mint juleps. Grab a drink, place your bets and watch the Run for the Roses on the big screen. Ticket price includes a free drink and $5 gambling chips. Prizes will be awarded for Best Hat & Best Dressed.

Nationally touring songwriter Marc Berger performs at 7 p.m. Friday at Mancos Brewing. Based out of New York City, Berger is touring in support of his latest album, “RIDE,” which details his fascination with the American West. He’s performed at SxSW, the Kerrville Folk Festival and has opened for Bob Dylan.

More than 100 wineries will pour at the 2019 Durango Wine Experience, which takes place today (Thurs., May 2) through Saturday at various downtown locations. The shindig culminates with the Grand Tasting at 3 p.m. Saturday on the Smiley Building lawn, which will feature hundreds of wines, beers and spirits as well as local restaurants. Other festivities include Friday’s Walk About from 4-7 p.m., wine dinners and seminars.

I don’t mention events that take place outside the San Juan Mountains very often in these pages, but an event that takes place on Monday, Sept. 2 certainly warrants special attention. That’s when Rock & Roll Hall of Famer Sting is set to perform at Kit Carson Park in Taos. Tickets go on sale at 10 a.m. Friday at taos.org/sting. “Sting: My Songs” will be a rollicking, dynamic show focusing on the most beloved songs of the 16-time

Grammy winner’s prolific career, with the Police and as a solo artist. Fans can expect to hear “Englishmen in New York,” “Fields of Gold,” “Every Breath You Take,” “Message in a Bottle” and many more. Sting will be accompanied by an electric rock ensemble.

Elsewhere: The Great Contention plays this week’s Ska-B-Q from 5-7 tonight at the World Headquarters in Bodo Park; Brap the Goat rocks the Starlight at 9 p.m. tonight; Space Between Shadows plays a 6 p.m. FAC at the Starlight, followed by DJ Hakan at 9 p.m. Friday; Sunny & the Whiskey Machine returns to Durango Craft Spirits at 7 p.m. Friday; and DJ Affex spins at 9 p.m. Saturday at the Starlight.

See the love there that’s sleeping? Email me at chrisa@gobrain storm.net.