Greetings from the heartland 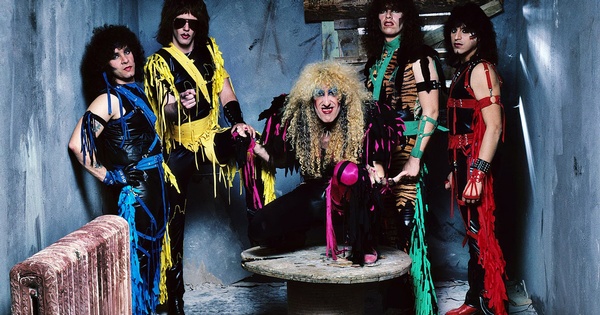 And so it began. Deter and I heeded her words and ordered the 16-oz. ribeyes, medium rare, with German fried potatoes and house salads with blue cheese dressing.

Our server was charming enough, in her west Kansas way ... a visual cross between Daryl Hannah, Marge Simpson and Dee Snider of Twisted Sister. She called us her “hippie greenies,” in deference to Colorado’s legal weed and ubiquitous license plates.

Twisters, in Colby, Kan., greets its patrons with a darkened, divebar ambiance, brightened with strings of Christmas lights and an assortment of neon beer signs from the usual suspects. Over the bar hangs a variety of college and pro sports banners, plus a large red one adorned with white trim that read “Northwest Kansas Deplorables Headquarters.”

Deplorable they were. There was a dance floor where the DJ spun a mix of classic rock, hair metal, bubble gum rap and Top 40 country, most of which was 30 years or older. Tanya Tucker serenaded us with “Delta Dawn” ... Bryan Adams dropped “Summer of ’69” ... part-time La Plata Canyon resident Charlie Daniels belted out “Longhaired Redneck” ... and, of course, Vanilla Ice did “Ice Ice Baby.” The dance floor was flanked with an assortment of bar video games, including a quarter-fed Boxer Cube punching game. The twentysomething rednecks, all dressed in plaid shirts, blue jeans and cowboy boots, threw their best punches ... one strong enough to break the arcade game’s glass. These roosters, no doubt, were in full strut for our server’s affection.

Beer was served in buckets – your choice of Bud, Bud Light or Coors Light. Since we were Coloradans, we asked about microbrews and imports.

“We have Boulevard on tap,” Daryl Simpson Snider told us. “Which one?” I asked.

“The yellow one,” she answered. “I’m not a beer snob like you greenies.”

Deter settled for a couple of Beam and Cokes. I went with three “yellow” Boulevards (wheat, as it turns out).

Four or five more “Best meat in your mouth” comments, and we’d finished our dinners. The ribeyes were not, in fact, the best meat my mouth has ever wrapped itself around, in Kansas or elsewhere. But they were fine enough: tender, greasy slabs, cooked to perfection and seasoned with salt, pepper and the bovine’s own fat. The German fried potatoes were a hit ... imagine a crispy au gratin, equal parts saute?ed onions and crispy potatoes. And the house salad was simply iceberg lettuce, diced tomatoes, purple onions, croutons, Kraft dressing and – yes! – real Bacos. Shelly hasn’t let me buy Bacos since ... well, forever. Twisters served theirs in a Pizza Hut style shaker, the kind used for parmesan cheese or hot pepper flakes.

All of this set us back $72. That’s five entrees, four beers, two cocktails and a couple of Shirley Temples for our boys. Deter and I left $10 each in tip, which earned us one final “Best meat in your mouth.”

Twelve hours later, we were walking a draw west of Lenora, bagging the first birds of our annual five-day pheasant and quail hunting adventure in north central Kansas. It was a cold and cloudy day, the kind the old country singers described in “Long Black Veil” or “Will the Circle Be Unbroken.” Saturday’s temperatures topped out in the high 20s, while the wind howled at 40 mph all day long. By sunset, a light snow fell.

Our hunting party has dwindled rapidly in recent years. When I first walked the fields of Kansas in the early 1980s, just 13 years old, our group included my parents, Bill & Judy Raines; Mr. Bill’s ex in-laws (and pseudo grandparents of mine), Bob & Lora Byerly, our neighbor Rick Nelson and Mr. Bill’s former high school basketball coach, Gene Ward. Of that crew, Bill and I are the only ones left alive. My little brother, Billy, was born in 1984 and started coming along as soon as he could walk. His best friend growing up was Dustin Mackle, who first tagged along when he was about 10 or 11. In the early 1990s, I brought Deter, one of my college roommates, into the fold.

This year, Mr. Bill backed out at the last minute. He’s 72 years old now, suffering from balance issues, a host of medical conditions and the broken heart of losing his son and my brother, Billy, nearly two years ago. Billy and I always talked about continuing the family tradition after Bill passed. Now, I was assuming the role of trip commander by default.

Deter is the best shot of our hodgepodge band, but he’s as out of shape as me. Dustin is a decent shot and the fittest of the adults. My boy Otto is too young to carry a shotgun, but Deter’s 15-year-old son, Dalton, is now hunting. Dalton is a cross country runner and able to hike for hours on end. Deter’s older brother, Kyle, tagged along even though Achilles tendon surgery rendered him unable to walk. Our six-man wolfpack (two of whom weren’t hunting and one a greenhorn) managed to put enough pheasants and quail in the freezer to keep me in pheasant pot pie and bacon-wrapped quail for another year.

But upland game hunting, like fly fishing or even golf, isn’t about the score at the end of the day. It’s about watching the next generation – Dustin, Dalton and Otto – finish a mile-long draw with the day’s last light painting the plains in oranges and pinks and purples. It’s about seeing my 5-year-old German shorthair, Jesse, lock up on point and chase after a downed bird after Dustin made the shot. Jesse was Billy’s dog, which adds to my satisfaction. Deter and I watched from the road as I poured our end-of-day cocktails of bourbon and fresh-pressed Animas Valley apple cider, garnished with lime wedges. It’s knowing our boys are walking in the footsteps of Bob Byerly, Mr. Bill and Uncle Billy, and that Jesse is making points and retrieves in draws where Barney and Kota, J.J. and Darlene, Sherman and Luna, and Deter’s beloved Sadie all brought birds back to us.

Happy Thanksgiving from the Heartland, y’all.

Best meat in your mouth? Email me at chrisa@gobrainstorm.net