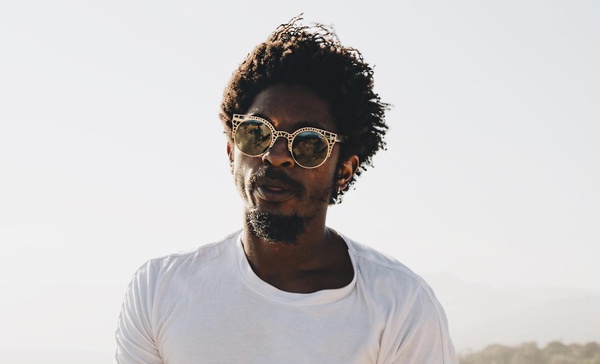 Concussions are no fun. I got a doozie last weekend while setting up an iron-and-steel gun safe in my house. It’s a 54-inch cabinet and I’m 77 inches tall. After putting in some shelving and all of my hunting gear, I stood up from my chair. Unfortunately, my head was still inside the cabinet. You do the math. I estimate I’ve had 12 to 15 concussions throughout my life. Some were sports related (strangely, more in basketball than football ... big trees fall hard when taking the charge), others have funny stories associated with them, but most were due to being tall and misjudging the height of cabinets, ceilings and the like. Some of my favorite concussion stories include getting knocked out and sent to the hospital while scoping in an elephant rifle (my eye was too close to the scope); getting KO’d in the mosh pit at a Faith No More concert at the Bottleneck in Lawrence, Kan., by a teen-age kid doing the pogo in ’89; and having a bouncer at the old Party Time Chapter II in Durango beat the daylights out of me by slamming my head repeatedly into the bumper of my’72 Chevy Malibu (years later, he’d go to jail as an organized crime enforcer).

Where was I going with this story? Yeah, concussions suck. Headaches, blurry vision, sleep deprivation, ear ringing and sun spots. You get the picture. Let’s move along. Nothing to see here.

It’s a Durango holiday tradition! More than 60 local dancers and the San Juan Symphony will join the professionals of the State Street Ballet of Santa Barbara to present the magical holiday ballet “Nutcracker” at the Community Concert Hall this weekend. For the 11th consecutive year, two matinee performances will be staged at 2 p.m. Saturday and Sunday, along with two evening shows at 7:30 p.m. Friday and Saturday. Artistic director Rodney Gustafson honors the original Tchaikovsky masterpiece by recreating the traditional ballet in Victorian times. “Nutcracker” is based on the book The Nutcracker and the Mouse King by E.T.A. Hoffman. In the well-known story, Clara, a young German girl, is presented with a toy nutcracker by her godfather, Drosselmeyer, who is a skilled clock and toy maker. In Clara’s dream, the toy comes to life and escorts her on a journey to a magical land, where a cast of unusual characters entertains her through dance.

The Unitarian Universalist Fellowship’s second presentation in its recital series features tenor Erik Gustafson, assisted by pianist Marilyn Garst at 7 p.m. Friday. Highlights include an opening with three selections from “Les nuits d’e?te?” by French composer Hector Berlioz, a complete performance of Robert Schumann’s “Dichterliebe, Op. 48” and four selections from the song-book of Stephen Sondheim to close. Gustafson is a Portland, Ore., native who tours the nation as an soloist and choral artist. He’s collaborated on a pair of Grammy-winning recordings with the Phoenix Chorale.

West Coasts rap returns to the Animas City Theatre at 9 p.m. on Wednesday with Schwayze and special guests. His career got started in 2005 in California, when Schwayze jumped on stage with Whitestarr and freestyled with drummer Alex Orbison. The crowd went crazy. Growing up as one of the few black kids in a trailer park in the less-prosperous side of Malibu, he worked for his grandfather as a handyman. Music provided an escape. A friendship with Whitestarr’s Cisco Adler led to a chance to record some demos and, ultimately, a record deal with Geffen. His first single, “Buzzin,’” made some noise on the Top 100. His second, “Corona and Lime,” climbed to No. 23. He later signed on with MTV to star in the reality show “Buzzin,’” which followed he and Adler in their quest for fame. Schwayze recently released a new studio album, “Let it Beat.”

Weminuche returns to the ACT at 8:30 p.m. Friday to celebrate the end of the semester with sweet, sweet funk. Wild shenanigans and highly bodacious grooves are promised.

alongside Euphoria; seared turducken batonnet, a savory stuffing waffle and gravy foundation, joined by Buster Nut Brown; mango curry shrimp ceviche and a beet tostada matched with DHPA; and a red chile beef vol au vent teamed with Rye Barrel Aged Stout. CRAFT will feature six stations for the cocktail party-type affair, with guests moving from one station to the next.

El Moro’s executive chef, Sean Clark, is an expert at such events, having been part of the team that paired the first food and beer dinner at the prestigious James Beard House in New York a few years ago. He’s invited each year to work his culinary magic and food and beer pairings at the Great American Beer Festival in Denver.

“When chefs and brewers get excited about events, you know you’re in for a treat,” he said. “It’s a great opportunity for all of us to get together and have some fun with beer and food pairings and hopefully create some lasting memories. That kind of energy is infectious, and we just want everyone to have a blast.”

KSUT’s annual 12 Hours of Giving takes place from 7 a.m. - 6 p.m. Wednesday. At the top of each hour throughout the day, KSUT will draw for an assortment of prizes, including lift tickets to Wolf Creek, concert & dinner pairings, outdoor gear and more. The day prize is a season pass to Purgatory.

All sustaining members are already entered into the drawing, plus any member who has pledged since the start of October. However, everyone is encouraged to make an additional gift to support public radio in the Four Corners. To make a donation, visit www.ksut.org or call the station at 970-563-0255 on Wednesday. Plus, there will be special guests throughout the day, including a live holiday performance by the Bar D Wranglers.

Bang your head, wake the dead? Email me at chrisa@gobrainstorm.net.