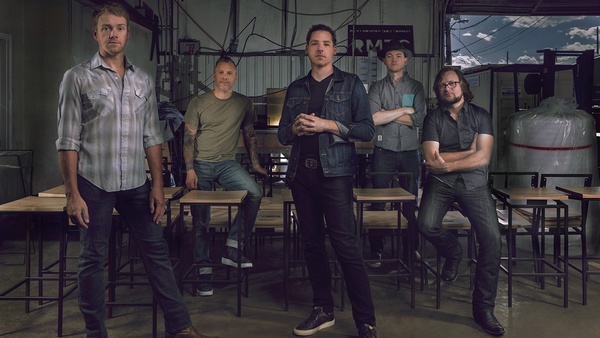 Life sure keeps you busy. My boy, Otto – fresh off being named to the honor roll! – turned 12, requiring a night out with the family Tuesday. Then, on Wednesday, the Space Cowboy turned 50. Steve Miller has been my best friend and partner in crime since I stumbled into his dorm room in 1987. That required a 50-percent off night for his entre?e at the Ore House. Today is Valentine’s Day.

Sure, I envision crab legs at home, a nice roaring fire and putting the kids to bed, even though they’ll holler for Mom. Poor Shelly deserves a night on the town ... but she always draws the short straw. Her birthday falls five days after Christmas, Valentine’s Day festivities are sacrificed for Otto’s birthday, and we were even nai?ve enough to schedule our wedding around the time of Mother’s Day.

With me working 45 minutes from home, it means she gets stuck with school drop-offs and pick-ups and the bulk of schlepping the kids to their assorted activities. It ain’t fair. She’s a saint, working three jobs to help keep food in the fridge and a roof over our heads. I do the same, but “we” time gets kicked to the curb.

I pledge this: I will be a better husband. Not that I hang out in bars, cat around town or keep my own social schedule anymore. Those days are long gone. I’ve had a total of 10 beers seven weeks into 2019. I’ve only seen one concert this year. But I’m impatient, cranky and increasingly lazy. I vow to love my wife not more – but better.

Sacrifice means missing one of my favorite bands this week. A year removed from their Grammy Award for Best Bluegrass Album, the Infamous Stringdusters triumphantly return to the Community Concert Hall at 7:30 p.m. Sunday. The boys have been extremely busy the past two years, what with nonstop touring and a string of albums and EPs. “Rise Sun” is their new album, which won’t be available until April 5. One that snuck by nearly all but the most diehard Stringdusters fans is “Live From Telluride,” a 20-track record that dropped in mid-November. “Slow down” doesn’t seem to be a phrase that registers with the quintet.

A Stringdusters concert in Durango is a joyous homecoming. Travis Book lived here for nearly a decade, learning to play bass and guitar, honing his voice and riding bikes. Any trek into the San Juans for him means quality mama time with Kaye, a chance to catch up with old buddies and possibly even a turn or two at Purgatory. Twelve years removed from his days in the Broke Mountain Bluegrass Band, he’s now a bit more philosophical about the Dusters’ role in the bigger picture of newgrass, progressive bluegrass, acoustic Americana or whatever you choose to call their brand of music. At last summer’s mainstage set at Telluride Bluegrass, he told the crowd that the Grammy wasn’t just a win for the Stringdusters, but also for Leftover Salmon, Yonder Mountain, Greensky Bluegrass, Railroad Earth and all the other jam bands toiling in the bluegrass universe.

Longtime fans can rejoice, too, as Broke Mountain will reunite in Telluride Town Park this summer, putting Book, LoS banjo player Andy Thorn, Greensky dobro man Anders Beck, string wizard Jon Stickley and our very own Robin Davis onstage together. One can only hope a recording is in the offing.

If you waited to get tickets for Keller Williams at the Animas City Theatre on Saturday, then you’re S.O.L. This one sold out a long time ago. You won’t get to be the freaker by the speaker. Instead, you’ll have to sit around your house and listen to his string of single-syllable album titles (“Thief” and “Vape” are among my favorites.) Keller’s solo live shows became the stuff of legends decades ago. His guitar prowess rivals new age masters like Michael Hedges, and when he gets bluegrassy, he can hold his own with Tony Rice. Throw in a loop machine and his quirky vocals, and you’ve got a jam on your hands.

In what’s being billed as “the best pub concert you’ve ever been to,” The Choir of Man comes to the Community Concert Hall at 7:30 p.m. Tuesday. Birthed from the creative minds of Nic Doodson and Andrew Kay, it’s a party, a concert and a pint-filled good time set in a real working British pub. It combines high-energy dance, live percussion, magnificent harmonies and foot-stomping choreography. Musically, songs by Adele, Queen, Paul Simon, Katy Perry, the Red Hot Chili Peppers and others are incorporated.

The 20th annual Telluride Comedy Fest will keep mountain folk in stitches tonight through Sunday at the Sheridan Opera House. This year’s lineup includes: Nick Kroll (I was hooked on “The League” for a while and his string of movies like “I Love You, Man,” “Get Him to the Greek” and “Dinner for Schmucks” are modern classics); Matt Braunger (a veteran of Letterman, Conan, John Oliver and an assortment of Comedy Central shows); Rebecca Kohler (a Canuck who writes for CBS’ “Happy Together”); Jason Mantzoukas (an actor whose credits include “Parks and Recreation” and “Modern Family”); Brian Huskey (he of Adult Swim’s “Children’s Hospital” and Comedy Central’s “Another Period”); and Seth Morris (another Comedy Central stalwart). I think it’s their best lineup yet.

The Raven Narratives Live Storytelling continues at the Sunflower Theatre in Cortez at 7:30 p.m. Friday. Just as it was last weekend at the Durango Arts Center, the theme is love.

More good stuff: Matt Rupnow plays at Ska’s World Headquarters at 5 p.m. tonight (Thurs., Feb. 14); DJ Hakan gets the crowd dancing on Plursday at the Starlight from 9 ’til close tonight; the Starlight hosts Robbie Overfield at 6 p.m. Friday, followed by DJ Hakan’s 9 p.m. set; Posh Josh, Brian Ess and Noonz all spin house music at the ACT at 9:30 p.m. Friday; Black Velvet works the Diamond Belle Saloon at 5:30 p.m. Friday and the Derailed Pour House at 7 p.m. Saturday; and the Garrett Young Collective brings its brand of honky-tonk to the Wild Horse Saloon at 8 p.m. Friday and Saturday.

Nothing you can sing that can’t be sung? Email me at chrisa@gobrainstorm.net.