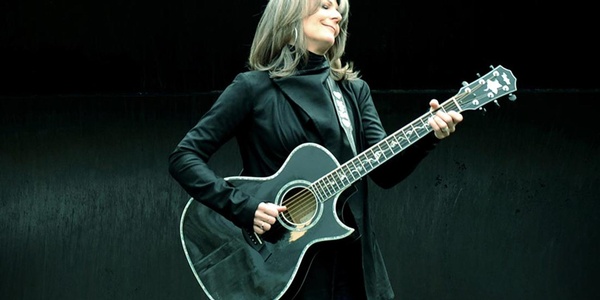 So it all comes down to Tuesday. Then the ugliest presidential campaign of my lifetime will be over. Donald Trump and Hillary Clinton are far less popular than any other major party presidential candidates in my lifetime. People say we’re choosing the lesser of two evils. I say we’re the evil.

Candidates always pander to their bases. Trouble is, Trump has taken it to a new level. If you’re an angry, blue collar, middle class white guy, there’s a good chance he speaks to you. He uses language unseen in presidential campaigns, lashing out against minorities, women, gays and lesbians, the disabled and others. Few people on this planet have found themselves in more litigation in their business and personal lives.

Clinton, on the other hand, plays to a different base. If you’re a tree-hugging, pot-smoking, reusable bag-using member of the intellectual elite, she’s your gal. She’s cold. She’s the darling of the mainstream media and university professors nationwide. Her email controversy alone is damning.

For me personally, Clinton’s politics closely mirror my own, making my choice for president an easy one. The environment and social justice are very important to me. And while a candidate like Bernie Sanders may have spoken to me, I realized that much of America didn’t “Feel the Bern.” Yet his candidacy was a successful one because it moved the Democratic Party closer to its younger voices. A frontrunner like Hillary who had Wall Street ties and boardroom dealings was forced to acknowledge issues that Bernie championed.

Likewise, Trump forced the Republican Party to assess its priorities. Sure, his bombastic style is filled with sexist, racist and hateful rhetoric. But let’s face it ... the Republicans have been accused of this for decades. The Tea Party may have banged on the door during the last decade, but Trump tore it down. By clinging tightly to too many religious ideals (think pro-life and pro-religious freedom stances), Republicans have slowly distanced themselves from Reagan’s policies.

We find ourselves as a nation at the bottom looking up. And we desperately needed to hit rock bottom before we could build our- selves back up. Now we’re seeing Republican leaders crossing party lines to support Clinton. That’s a start. And it’s a start we wouldn’t have had without Trump (and to a lesser extent, Bernie) throwing the whole process into chaos. For that, we should thank them.

I like writing about music, nightlife and popular culture. I like my barroom arguments to be about which Rolling Stones album is the best or which of Durango’s craft brewers makes the tastiest IPA. I like fretting over how the Avalanche’s power play is struggling, or the fact that the Broncos’ ground game is anemic.

So get out and vote. Come Wednesday, we’ll all talk about the results. And then we’ll get back to living our lives without having to question our family, friends and neighbors. If you’ve already voted, there are plenty of diversions these next few days to get your minds off the last week of the campaign season.

The Community Concert Hall welcomes back country songstress Kathy Mattea at 7:30 p.m. tonight (Thurs., Nov. 3). This time around, Kathy will be performing live in “The Acoustic Living Room” with her long-time collaborator Bill Cooley. Mat- tea and Cooley have shared one of Nashville’s most musically rich partnerships for more than two decades. They’ll dive into Mat- tea’s beloved classics like “18 Wheels and a Dozen Roses,” “Where’ve You Been?” and other hits, plus deep tracks from her extensive catalog and a sprinkling of brand new material. While she broke out as a Top 40 country star in the mid ’80s, Mattea never quite fit into the mold of your typical country superstar.

Sure, she had No. 1 hits and Grammy Awards to her credit. But she stepped out- side the box to become a rare country mainstream artist to perform for HIV/AIDS benefits and “Save the Music” causes. She’s worked with non- country acts like Crosby, Stills and Nash, Jackson Browne and Alison Krauss along the way. And her re- cent music is much more bluegrass than Top 40, harkening back to her roots. She was raised in a West Virginia coal mining family and was weaned on the rootsy music of Hazel Dickens, Alice Gerrard and Jean Ritchie.

The Fort Knox Five mixes hip hop, electronica, funk and reggae at 9 p.m. Saturday at the Animas City Theatre, with an opening set by Posh Josh. FK5’s talent for organic hooks has made them highly sought-after producers and remixers. With dozens of remixes to their credit including Tito Puente, Louis Armstrong and Bob Marley – FK5 is a groundbreaking group. They have two full-length albums under their belts, including 2015’s “Pressurize the Cabin,” plus numerous singles, EPs and compilations. Their work crosses into other media, including film, television, ad campaigns and video games. If you play EA Sports games like NBA Live, Tiger Woods PGA Tour and Need for Speed, you’re familiar with their sounds.

Southwest Sound holds the Durango Record Collectors Swap Meet from 9 a.m. ’til 3 p.m. Saturday at the VFW Hall. There will be thousands of LPs, 45s, CDs and more. Deals are there for the taking. Show up with $20 and you’ll be able to walk out of there with armloads of long-lost treasures.

The first Friday of each month means another Firkin Friday at Steamworks: this time around Thai One On. “We’ve started with our wicked Ale Diablo and added lemongrass, ginger and Thai basil,” Director of Brewing Operations Ken Martin said. “The Ale Diablo is our Belgian strong golden ale, which is an unfiltered, straw-colored wheat beer noted for its yeast-derived phenolic spiciness. Aromas of pear and tropical fruit blend nicely with the additional spice combination.” Brewer Spencer Roper warns to “beware of the devil,” as Thai One On clocks in at an 8.5 per- cent ABV. As always, it gets tapped at 3 p.m. Friday.

I got a telephone in my bosom? Email me: chrisa@gobrainstorm.net.