How deep is your love? 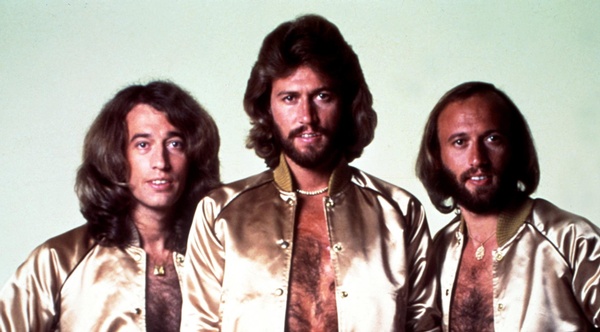 This pandemic has done weird things to all of us. As I sit around my house Monday afternoon, unbathed since Friday, unshorn since God knows when, still wearing my best weekend sweatpants and looking at the remnants of a Super Bowl “party” that only included Shelly, Otto and me, I pondered the meaning of it all.

Most years, dozens of friends gather at my house with their finest wild game entrée for my annual Wild Game Super Bowl. This year, our menu was queso dip, guacamole and frozen chicken taquitos. For most of the game, it was just me on my couch, struggling to keep my eyes open. There were no beers consumed, no pitchers of margaritas or bottles of wine. I drank a couple of Diet Pepsis. About the only thing that seemed normal was a certain ageless wonder hoisting the Lombardi Trophy.

I didn’t pay all that close attention to the TV, either. That’s because my vision is limited to my left eye right now. I’m in between surgeries to replace a dislocated lens, one of many problems the genetic disorder known as Marfan Syndrome presents to those who suffer from it. The most devastating thing that happens to those with Marfans is an aortic aneurysm, which is often fatal. In my case, it wasn’t – I survived the surgery eight years ago and have an artificial heart valve and fancy aortic sleeve, kind of like the Six Million Dollar Man. Mom and my brother, Billy, weren’t so lucky. Mom’s death was nearly instant when she had her aneurysm; Billy died on the operating table. Mom also had two dislocated lenses, and my sister, Stephanie, also had one repaired.

Driving a vehicle, while legal, is hard right now, particularly heading into sunsets and sunrises. I either wear an eye patch (like a pirate!) or keep my right eye closed, and certainly struggle with depth perception. That means I drive like your little old grandpa, often well below the speed limit. I try to limit myself to driving out to Ignacio on Saturdays, when the station is empty. Most weeks, I’ll host the “Saturday Blend” live. I’ll also prerecord my weekly “Tales of the New West” program in the production room.

My colleagues, many of whom I haven’t seen in months, will get into virtual discussions with me about music, our extensive station library and, often, what’s missing. In recent weeks, one DJ asked me if I had any Hall & Oates that I could add to the library. Another told me that KSUT doesn’t play enough Bee Gees.

With the combination of pandemic isolation and my vision problems, I’ve been devouring a lot more music lately, including some guilty pleasures. I took it upon myself to see the change … to be the change … and to track down these sorely overlooked gems from the past.

Let’s face it, Hall & Oates isn’t really all that much of a guilty pleasure. The duo has been inducted into the Rock & Roll Hall of Fame, had six No. 1 singles and are one of those groups that, back in the day, people tended to leave on the radio whether they were head-bangers, new wavers or Top 40 dorks. Then again, you’d never claim allegiance to Hall & Oates. They were never a band that you’d scribble their logo on your homemade book cover or sew their patch on your denim jacket. They were kind of like Huey Lewis & the News, the Cars or MTV-era Journey … groups you’d bring a date to and maybe get lucky with afterward.

I thought tracking down Hall & Oates would be an easy quest. Durango is full of lots of former Philadelphians … Ted Holteen, the Lynagh Brothers, Scott Bickert from Animas Brewing and that taper guy, Billy Dee. Surely these fine folks would have scores of Hall & Oates CDs just sitting around. Holteen, who has a deep and tribal affinity for all things Philly, shut me down quickly. “If I want to listen to Hall & Oates, I go to Spotify,” he barked. I couldn’t endure further scorn from the Lynaghs, so I just bought the greatest hits album on iTunes.

A phone call to Billy Dee after the fact revealed something to me, though. Holteen, the Lynaghs, Bickert and I are all roughly the same age. We were children of MTV, and our Hall & Oates was that of “Maneater” and “Private Eyes” videos. Billy Dee said he owned nearly the entire catalog on vinyl or CD. He’s a decade older than the rest of us, and his Hall & Oates was the one from the mid-’70s “Abandoned Luncheonette” and “Bigger Than Both of Us” era. Billy Dee’s collection will fill in some of the cracks for deep cuts.

The Bee Gees are another of those guilty pleasures. I was firmly in the “Disco Sucks” camp back in the early ’80s when rock & roll wrestled my soul away from earlier pleasures like The Village People. “Saturday Night Fever,” for better or worse, left a lasting scar.

But what was once cool will someday be cool again. The Bee Gees are enjoying a cultural renaissance thanks to the recent documentary, “The Bee Gees: How Can You Mend a Broken Heart,” and the recent Barry Gibbs & Friends album, “Greenfields: The Gibb Brothers Songbook, Vol. 1.” The latter pairs contemporary Americana artists like Jason Isbell, Gillian Welch and Brandi Carlile and Top 40 country superstars like Little Big Town, Miranda Lambert and Keith Urban with Gibb. There’s not a bad cut on the album, and we’ve been playing the hell out of it at KSUT.

Fortunately, our business manager Robb Brantley is long on Bee Gees. I spent a few Saturdays these past two months adding Brothers Gibb tunes to our library that represents everything from late ’60s folk-rock classics to ’70s disco behemoths to even ’90s R&B kitsch.

So there I sat, live on the “Saturday Blend,” staring out the studio window at the beautiful blue sky with my one good eye, listening to the conga fills in the background of “You Should Be Dancing” and shuffling my ass off to the jam. I say “shuffling” because pirates don’t dance … but you knew that.

What you doin’ on your back? Email me at chris@ksut.org.