In the red zone, Yonder string man and double ACT 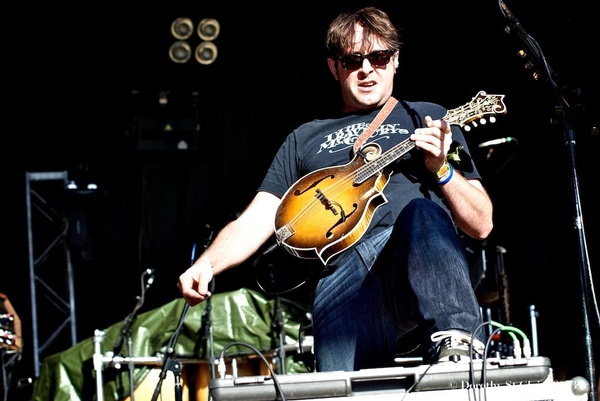 Just two weeks after the election, I decided it was time to infiltrate Red State America. So I loaded up the Tundra with shotguns, booze, warm gear, a boatload of classic country & western mixtapes and my 9-year-old son, Otto. And we drove. And drove. And drove. Eleven hours each way, through towns like Walsenburg, Eads, Kit Carson, Sharon Springs, Winona and Oak- ley until arriving at our destination of
Norton, Kan.

Grain silos along the way are typically decorated with American flags and past Republican presidential tickets. What seemed odd was the lack of Trump/Pence propaganda. Through the decades, my family and I have be-friended many of these hard-working folks ... farmers, diesel mechanics and small factory workers. I cowered at the thought of political conversations. The public radio stickers and greenie license plates on my rice grinder pickup and affinity for craft beer are dead give-aways that I’m a libtard from that state with legal weed.

But when the inevitable happened, I was shocked. “F*** Trump,” was one response. “I didn’t vote” or “I’ve never voted” were more common. It seems they trust him no more than they trust “that black guy in Washington” or “that bitch.” While those comments certainly hinted at racism and misogyny, they weren’t meant to be offensive. Rather, they proved that in the nation’s breadbasket, the president elect is just another untrustworthy rich guy. Strangely, I felt disappointed. 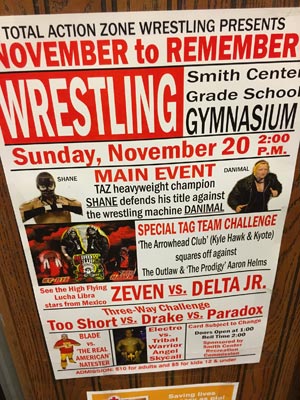 But all was not lost. The tiny town of Smith Center hosted a Sunday afternoon all-star wrestling affair that pitted such super- stars as Shane defending his title against the wrestling machine Danimal, with an undercard loaded with high-flying Lucha Libra stars from Mexico, a cowboys vs. Indians tag team and the inevitable three-way challenge of midgets. At the elementary school gymnasium no less, just after Sunday morning church. $10 for adults, $5 for kids under 12.

And did I mention the 4H bull-fry on Friday? Unfortunately, Otto couldn’t be swayed to sample deep fried bovine testicles.

You see? We’re not all that different.

The Jeff Austin Band returns to the Animas City Theatre at 9 p.m. Wednesday. Austin, of course, was the longtime lead singer and mandolin player for the Yonder Mountain String Band. Step- ping into the solo spotlight has allowed for Austin to delve into more singer/songwriter fare, rock & roll and, of course, the frenetic bluegrass he’s known for. His solo debut, “The Simple Truth,” ranks with the best stuff he released with Yonder. This year should see a particularly happy JAb on tour, since he’s a shameless Chicago Cubs fan no doubt reveling in that World Series title.

Friday and Saturday see a rare twin bill at the ACT that criss-crosses genre lines while staying true to the Colorado music scene with Head for the Hills and Eufo?rquestra. The former plies hard-driving newgrass; the latter, a funky world music mix. Both are ACT regulars with big local audiences. Head for the Hills opens Friday, followed by Eufo?rquestra; the bands switch slots on Saturday, with a 9 p.m. start each night.

It’s still a week off, but KDUR is airing the movie “Who is Lydia Loveless?” at 7:30 p.m. next Thursday (Dec. 8) at the Animas City Theatre for just $5. Lydia is a relatively new sensation in the alt-coun-try universe ... a bad girl who lives hard and twangs harder. Just 26 years old, Loveless has already released four albums including three critically ac- claimed records on the Bloodshot label.

Festival season is a half-year away, but the holidays mean discounted passes. At 9 a.m. Monday, FolkWest will announce its partial lineup for both Pagosa Folk’n Bluegrass (June 9-11) and Four Corners Folk Festival (Sept. 1-3) ... and offer deeply discounted weekend passes, camping, the whole works. If you enjoy Pagosa festivals as much as I do, why not save big bucks? Folkwest.com is your online source.

I guess the secret’s out on Firkin Fridays. Now that folks are gliding down slopes on twin planks or single boards, 2nd Avenue’s only brewpub will expand its firkin tapping beyond the brew pub and add Firkin Fridays at Purgatory during the season. The December firkin featured at Steamworks and slopeside is the Spruced Stout, to be tapped at 3 p.m. Friday. As you might guess, the same spruce tips harvested this past summer

for use in Spruce Goose (Daddy’s favorite Steamworks offering, by the way) will be added to Backside Stout. Brewer Ken Martin says they’ll be used in a similar way, “essentially making a tea from the tips and adding it to the beer for that unmistakable flavor and aroma.” They’ve added obvious holiday spice choices like cinnamon, nutmeg and a few other surprises.

BREW Pub & Kitchen has a few new offerings on tap for the holidays. Bronwen is an American brown ale; for the more ad- venturous, try the 2016 Gwendolen barleywine and the 2015 Gwendolen Queen of the Wood, aged in a Woodford reserve whiskey barrel. A few 750 ml bottles of that delight remain on sale. My beer fridge has one ... so should yours.

Elsewhere: The Spinning Wheels play this week’s Ska-B-Q (indoors now that snow and cold have arrived) at around 5:30 p.m. tonight (Thur., Dec. 1); Nina Sasaki is joined by Dave Rust at the Rochester Hotel on Noel Night (Friday) from 5-8 p.m. for Christmas songs mixed with pop, rock, jazz, blues and reggae; and the Pete Giuliani Band hits El Rancho Tavern from 6-10 p.m. Friday.

This week’s Top Shelf list recounts the bill from the “November to Remember” wrestling match:

3. Lucha Libra stars from Mexico: Zeven vs. Delta Jr.
4. Three-way challenge: Too Short vs. Drake vs. Paradox
5. Plus Blad vs. The Real American Natester and Electro vs.Tribal Warrior Angel Skycall

Ain’t that America? Email me at chrisa@gobrainstorm.net. 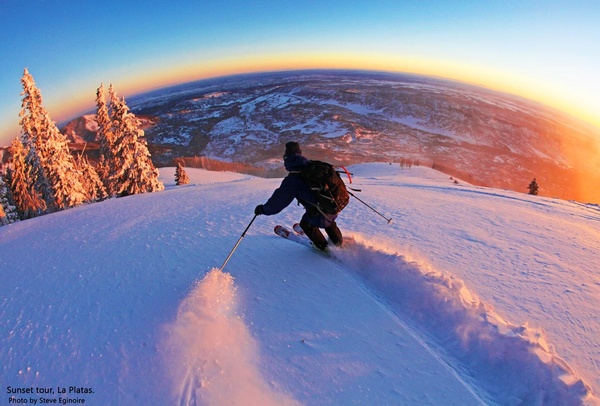