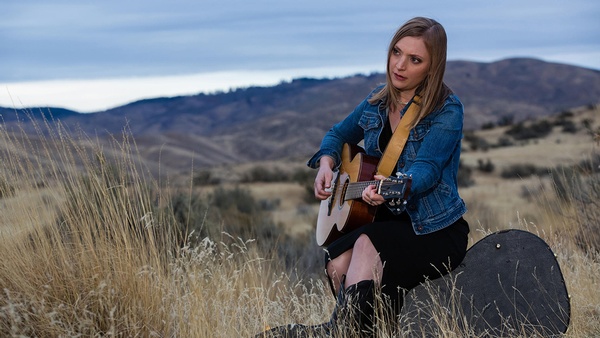 Many of you have taken a few days to digest the final episode of “Game of Thrones.” I certainly have. It seems we were all rooting for our champion to be seated upon the Iron Throne once and for all, from the scorned heroine, Daenerys Targaryen, to the lovable, heroic bastard, Jon Snow, to the classic villain, Cersei Lannister, to the woman scorned, Sansa Stark, to the once drunken, now wise dwarf, Tyrion Laninister, or some combination thereof. Incest was fun in Westeros, just like in modern-day Alabama!

In the end, the crippled child from 2010’s very first episode, Bran Stark, was elected to the Throne by rich and entitled rulers of noble houses. The origins of the Electoral College, methinks! By this point, several main characters had been killed off (the series averaged 14 deaths per episode, excluding, of course, the final battle in which Dani’s dragon roasted hundreds of thousands of peasants and destroyed the capital). Bran was an interesting choice. He was a central figure from the very beginning, having been groomed as an heir to rule the northerly kingdom of Winterfell before his untimely fall from a tower, watching, of course, hot and steamy incest. And in the end, his sort-of-adopted-half-brother-or-not – and fan favorite Snow – was banished to The Wall, a lonesome, desolate hell. Snow, after all, had stabbed his most recent love interest, Aunt Dani, Mother of Dragons, through the heart. Roll Tide!

I present to you a theory that Thrones is as much about the here and now as it is a mythical kingdom a long time ago in a galaxy far, far away. The 21st century sees fascists, dictators and despots ruling much of the earth. Beacons of hope in Europe and the Americas are trending that way, too. Let’s face it – the handwriting has been on the wall for these United States since, well, 1776, and for England much longer.

I’ve read criticisms that compare the demise of Daenerys to the fall of Hillary Clinton. I’ve seen speculation that the Lannisters were medieval Trumps. Perhaps Snow had Obamaesque qualities. Ned Stark was arguably inspired by John Kennedy. And the Imp? Maybe he’s the sum of all parts, the ultimate moderate. Or, consulting Occum’s razor, Peter Dinklage is simply one of the greatest actors of our time and shepherded Tyrion to wisdom like Marlon Brando did with Vito Corleone.

I do like the fact that enough main characters survived and set out for parts unknown to leave the door open for future movies or spin-offs. I soldiered on after the endings of “Breaking Bad,” “Oz,” “The Sopranos,” “True Blood” and “The X-Files.” I will survive this, too, just as Gloria Gaynor sang in 1979.

Back to the real world. Durango is all about the Iron Horse, not the Iron Throne. Cyclists will pedal, beers will flow and there’s even a few choice concerts and such.

KSUT’s spring and summer concert series continues at 7:30 p.m. Friday when Eilen Jewell returns to the Henry Strater Theatre. She’s become a favorite of our local NPR affiliate, with this marking her third trip back in five years. Jewell and her quartet pack all that’s great in American music into one tight little combo. She and her band, led by guitarist Jerry Miller, are rooted in the classic rockabilly of the 1950s and ’60s but veer into blues, rock, country, folk and even jazz territory with regularity and precision. Her latest album, “Down Hearted Blues,” is nothing short of spectacular, with interpretations of blues classics proving that rockabilly traces its roots to Memphis R&B and Delta blues as much as it does to Nashville country.

Acclaimed performer Jim Curry pays homage to John Denver in “Take Me Home” at the Community Concert Hall at 7:30 tonight (Thurs., May 23). This ain’t no Vegas-style tribute, as Curry sings in his own natural voice. It just so happens that he sounds and looks a lot like a certain Rocky Mountain High guy. It’s Curry’s voice that can be heard in the CBS movie, “Take Me Home: The John Denver Story.” His appearance, voice and on-stage demeanor takes listeners back to a time when “Sunshine on My Shoulders,” “Annie’s Song” and “Calypso” topped the charts. The messages of caring for one another and caring for the earth remain.

Curry’s concert officially wraps up another solid season at the Community Concert Hall, although it will hardly go dark this summer, what with sold-out Patty Griffin and Lucinda Williams concerts in June and its becoming the primary home for Music in the Mountains in July. That’s right! No thunderstorms drowning out cellos this summer.

The Animas City Theatre hosts the award-winning, limited-release film, “Farmer of the Year,” from Friday through Wednesday with a special appearance by one of the movie’s stars, Terry Kiser, at 6 p.m. Friday. Kiser, best known for playing the deceased namesake in the “Weekend at Bernie’s” series but also a veteran of dozens of classic ‘80s and ‘90s TV shows, will introduce the film and host a Q&A afterwards. “Farmer of the Year” is the first feature film by the husband-and-wife team of Kathy Swanson and Vince O’Connell, and also stars Barry Corbin (“Northern Exposure,” “No Country for Old Men”) and Mackinlee Waddell (“Good Christian Belles”). Shot largely in Swanson’s tiny Minnesota hometown and at the farm on which she grew up, the film tells the story of an aging agrarian who, after selling the farm he’s worked for over 60 years, finds himself useless and adrift. What does he do? Buys a ’73 Winnebago and sets out to find his youth in a road trip across America with his equally adrift granddaughter. It sounds a little like “Travels with Charley” meets “Vacation” ... at least enough so that I’ll need to plan a date night this week.

Also of note: the Robin Davis Duo plays tonight’s Ska-B-Q, starting at 5 p.m. at the World Headquarters in Bodo Park; Kirk James serves up solo blues from 6-8 p.m. tonight at the Dalton Ranch patio; and the Black Velvet duo of Nina Sasaki and Larry Carver return to the Diamond Belle Saloon at 5:30 p.m. Friday and the Animas River Beer Garden in the Doubletree Hotel at 5 p.m. Saturday.

All hail King Bran the Broken? Email me at chrisa@gobrainstorm.net.