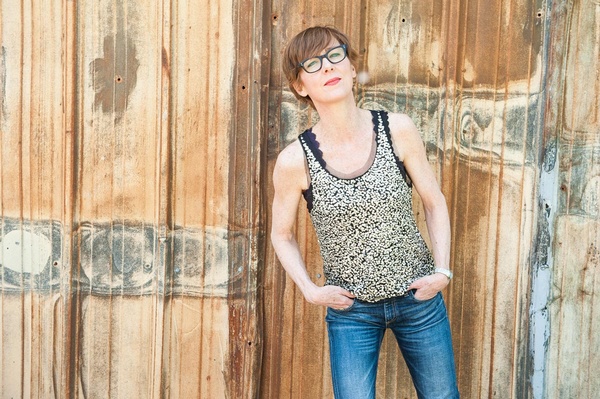 Last Saturday, millions of women around the world – and men and children, too – took to the streets in big cities and small towns. Their voices shouted protests of dozens of causes, from women’s rights to the treatment of minorities to environmental causes. They came from all walks of life, unified in a common disgust over the state of an American political system that threatens to take us back to the 1950s.

The music community rallied alongside them. While Donald Trump procured but a small handful of acts to perform at his inauguration events (Toby Keith, Three Doors Down and a few others), thousands of strong-willed and powerfully voiced women sang out in unison.

One of those, Jonatha Brooke, will appear live at the Henry Strater Theatre at 7:30 p.m. Friday in a joint production between the Hank and KSUT.

“It was incredibly inspiring,” Brooks told me by phone Monday morning in between tour stops in Minneapolis and Austin. “Most of the crowds were double what anyone was expecting anywhere. It was inspiring yet at the same time gut wrenching ... the inclusion and the kindness and the peacefulness and to know that our supposed leader is the antithesis of that. If we’re not vigilant, we’re in for it. Judging from his first couple of days, it doesn’t look good if he’s as childish and vindictive and crazy as we’ve seen so far.”

Ever since breaking out of the Boston coffeehouse scene in the late 1980s as part of the duo The Story with Jennifer Kimball, Brooke has delved into personal and global issues with dignified grace and brutal honesty, usually employing deep introspection. Along the way, she’s performed nearly a half-dozen times in our region, starting with a 1994 date with The Story at the Hank when it was still known as the Diamond Circle Theatre. She certainly has fond memories of Durango.

“I remember hanging out with Tami (Graham, now executive director at KSUT) and her friend who was a downhill mountain biking champion (Missy Giove),” she laughed. “I remember the embrace of the town and the wide open nature of the spirits and the hearts and souls. I just love coming back.”

Her 12th and latest album, “Midnight. Hallelujah.” – the odd punctuation no doubt to underscore the political cynicism of the day – tackles a variety of topics ranging from gun violence (“Put Down That Gun”) to religion (“Mean Looking Jesus”) to the narcissism of social media (“Hashtag Lullaby”).

“Besides being personal in nature, it’s way more political than I’ve been in a while,” Brooke said of the new record. “It was great fodder for writing something a little larger than myself. I find that these songs are going over really well live. People are really relating to the urgency of those issues.”

Brooke said that the media has played right into Trump’s hand, and we discussed how his recent claims of “fake news” and “alternative facts” support this. Instead of focusing on policies, the press and social media spent the first few days of Trump’s presidency trudging through a back-and-forth debate over crowd size.

“What’s most frightening is the twisted way in which he’s gotten the press,” she said. “It’s a labyrinth of false and true and he’s gained a foothold in that. The press is kind of flummoxed. We can’t win in that hall of mirrors. No matter what we do, he’s able to tweet, which somehow people take as truth.”

Pigeons Playing Ping Pong bring their high-energy electro-funk to the Animas City Theatre at 9 p.m. Tuesday, with Sky Pilot opening. The Baltimore quartet is a straight-up rock & soul machine, arming themselves with guitars, bass, drums and vocals. PPP has a pair of albums and an EP under their belts, including their brand-new “Pleasure.” Electronic music returns to the ACT at 9 p.m. Wednesday with Space Jesus and opening act Shlump. The alter ego of former Jersey boy Jasha Tull, Space Jesus now lives in Boulder and focuses on alien basslines, gangster beats and future feels ... all while exploring the auditory universe in search of lower frequencies.

Also of note: Singer-song-writer Thom Chacon holds court at the Powerhouse Science Center on Friday evening in a benefit concert for Tiospaye’s

Unity in Youth, a teen suicide prevention program; the Black Velvet Trio performs at the Derailed Pour House at 7 p.m. Friday; and the Kirk James Blues Band returns to the Billy Goat Saloon in Gem Village at 8:30 p.m. Friday, before he goes solo at Purgatory at 3:30 p.m. Saturday.

Finally, it’s that time of year! Hard to believe (actually, it’s not) that a bunch of booze-fueled locals came up with an idea for a mid-winter festival back in 1978. But surely they didn’t envision what it would grow into. If you’re new to town, don’t be shocked when you see armies of Darth Vaders, Spocks and David Bowies stumbling around town looking for silver bullets, swinging golf putters and generally slamming whatever concoction gets handed to them. Snowdown.org is your source for the Intergalactic Snowdown schedule of events (officially, Feb. 1-5). I imagine I’ll be trying to reclaim the Magical Musical Mystery Tour title along with Holteen, Liggy and Mr. Bill, helping out with a golf hole at Durango Craft Spirits and stockpiling as many bombers of Ska’s commemorative Dark Lager as possible.

As such, this week’s Top Shelf offers a six pack of Snowdown costume ideas:

1, David Bowie: Raid the thrift stores for vintage clothing and cake on the makeup.

2. Repo Man: Harry Dean Stanton’s “Bud” is an easy character to pull off.

3. R2D2: Some hula hoops and a cardboard refrigerator box ought to get you started.

4. Mork from Ork: Just dress in orange and chuck eggs at people.

5. Flash Gordon: You surely have a pair of black yoga pants and a red tank top lying around.

6. Elvis: When in doubt, gold lame? is always classy. Who cares if it doesn’t match the theme? Snowdown is about irreverence!

Sailors fighting in the dance hall? Email me at chrisa@gobrainstorm.net.