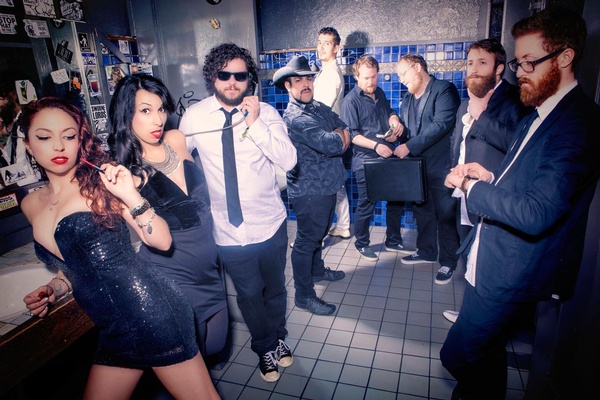 The need to fund public and community radio is dire. Republican congressman Doug Lamborn of Colorado Springs introduced legislation last month to gut federal funding for the arts and public media. The Corporation for Public Broadcasting is a recipient of some of these funds and distributes money to public radio and television stations. Many of these stations are in rural and sparsely populated areas and are the only source of local, state, national and international news and cultural programming in their communities.

KSUT receives 24 percent of its annual budget– nearly $240,000 – from the CPB. That portion of the station’s million-dollar budget is now threatened, which puts a greater emphasis on listener memberships, underwriting and special
events. If you listen to public radio, whether its locally produced music programs like Rob Rawls’ “Barrelhouse Blues,” Ted Holteen’s “Ike’s America” or my own “Tales of the New West,” or rely on the balanced news coverage of NPR’s “All Things Considered,” “Morning Edition” or “Fresh Air,” consider a donation at www.ksut.org or call 970-563-0255. KSUT’s annual spring membership drive began yesterday and runs through Tues., March 14. Once again, listeners will have the opportunity to win dozens of prizes, including the grand prize trip for two to the New Orleans Jazz & Heritage Festival with round trip airfare and five nights’ lodging in the French Quarter.

The Durango Celtic Festival takes place tonight (March 8) through Sunday at the Henry Strater Theatre and Irish Embassy Pub. This year’s lineup is its best ever, featuring Celtic heavyweights Solas and Colcannon, plus up-and-coming acts Barrule and Goitse. Solas is celebrating its 20th anniversary this year and has been festival favorites in Pagosa Springs and Telluride for years.

The Railsplitters, one of Colorado’s fastest-rising bluegrass quintets, returns to town Friday night and plays the Balcony Backstage. With two albums to their credit, including 2015’s excellent “The Faster it Goes” and appearances at Pagosa festivals and the Durango Bluegrass Meltdown, they’ve built a solid local following in these parts. Expect them to play music from their soon-to-be released third record as well.

Although it’s still months away, the Community Concert Hall has announced a concert that will sell out quickly. Dweezil Zappa’s “Fifty Years of Frank” show comes to the venue Aug. 10, but tickets went on sale last Friday. An accomplished musician who picked up his first guitar at age 6, Dweezil keeps his father’s music alive while making it all his own. Beyond being raised in a musical household, Dweezil embraced the trailblazing guitar styles of Eddie Van Halen and Randy Rhoads, setting the stage for his own revered guitar work. He made his first recording, under the tutelage of Van Halen, when he was 12 years old. The seven-piece outfit that’s currently on tour – formerly known as Zappa Plays Zappa, which Dweezil was forced to drop due to a legal squabble with two of his siblings – is the best he’s ever assembled.

Twin Cities rap takes over the Animas City Theatre at 9 p.m. Tuesday when P.O.S., Dwynell Roland and DJ Fundo take the stage. The punk philosopher and lyrical bombthrower, P.O.S. (born Stefon Alexander) makes tight, declamatory music that builds on his penchant for grinding beats and radical lyrics. Roland is one of the standouts of the new crop of rappers from Minneapolis. Fundo has shared stages with the likes of Ice-T and KRS-One.

Funk is in the house tonight (Thurs., March 9) when the ACT hosts Turkuaz and Mikey Thunder at 9 p.m. Turkuaz is a nine-piece powerfunk outfit from Brooklyn, who put a modern spin on classic funk. Blending elements of pop, R&B and soul with their aggressive funk core, Turkuaz sounds like the musical love child of Sly & the Family Stone and Talking Heads. Thunder spins a genre-bending, bass-driven party rock that fuses electronic beats, funk, hip-hop, soul, jazz, blues, swing and reggae.

The Banff Mountain Film Festival World Tour returns to Durango at 6 p.m. Saturday at the Community Concert Hall. This year’s screenings feature the world’s best mountain sport, culture and environmental films, letting you experience the thrill and challenges of the mountain environments that inspire us all.

The Met: Live in HD continues in the Vallecito Room on campus at 10:55 a.m. Saturday with a live screening of Verdi’s “La Traviata.” Based on the play, “La Dame aux Camelias,” La Traviata was adapted from the novel known frequently in English as Camille. It debuted in 1853 and received predominantly negative reviews, causing Verdi to rewrite a couple of sections. Today, it’s regarded as one of his finest works.

All we need is radio gaga? Email me at chrisa@gobrainstorm.net