Last chances and a twelver of 2016's best 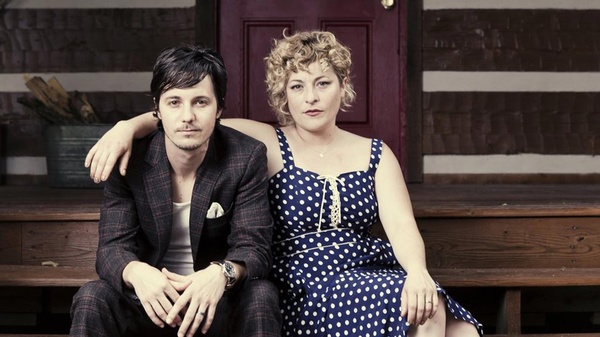 Husband and wife minimalist rock duo Shovels and Rope takes the No. 11 spot on Chris' "Best of 2016" list.

Since today’s Telegraph comes out a day early so that we can all gorge ourselves on turkey, mashed potatoes, stuffing, pumpkin pie and even nasty green bean casserole, I will remind you about the one concert you will regret if you miss: tonight’s Marcus King Band show at the Animas City Theatre (Wed., Nov. 23). Heed my words ... this 20-year-old singer/guitarist will someday be mentioned alongside Southern rock icons like Gregg Allman, Ronnie Van Zandt and Danny Joe Brown. That’s the truth, the whole truth and nothing but the truth. Don’t worry about your hangover to- morrow because you get a four-day weekend. Call a cab, plow through a six- pack of PBRs, tip your bar- tenders, put on your dancing shoes and boogie.

Black Friday signals the start of holiday shopping and the record store will be open! As always, I’ve requested some assorted radio personalities to share their favorite new records. The guests will come next month. This is my column, so I get to bat in the leadoff spot. Here is a 12-pack representing the best of 2016, reflective of what I play on KSUT’s Tales of the New West and Music Blend.

1. Drive-By Truckers, “American Band” – DBT has always pondered the meaning of life as redneck liberals, defending “The Southern Thing” in one breath while questioning the racial and radical politics of the Bible Belt in the next. Guitarist/singers Patterson Hood and Mike Cooley make no attempt to hide their disgust with current political affairs (Hood recently moved to Oregon), tackling racism, school shootings, right-wing religious hypocrites and more ... yet still bringing their gritty, “Exile on Main Street” inspired rock.

2. Margo Price, “Midwest Farmer’s Daughter” – Learn the name Margo Price. She’s the heir apparent to Loretta Lynn as the rootsiest country singer around, somehow full of piss and vinegar yet charming as all hell. After she lost a child, Price first turned to the bottle, then focused her rage and sorrow on song- writing. Every major country music label in Nashville turned her down, but Jack White, a visionary whose talent extends beyond just singing and playing guitar, signed her to his Third Man Label.

3. Kyle Craft, “Dolls of Highland” – Who’d have thought that the indie label Sub Pop would unleash a young Louisiana glam rocker who channels the vintage ’70s groove of Mott the Hoople, T.Rex and Ziggy-era Bowie?

4. Rob Ickes & Trey Hensley, “The Country Blues” – I saw four sets of this duo this year, first at the Durango Bluegrass Meltdown (where they unleashed an epic, spur-of-the-moment tribute to Merle Haggard just days after his passing) and later at Pagosa Folk’n Bluegrass. Ickes’ genius on the dobro is well-known. But Hensley’s the real star, with his incendiary guitar licks and soulful, Southern drawl. While they’re rooted in bluegrass, other genres like blues, R&B and rock & roll are fair game, as they cover Ray Charles, Elton John, the Grateful Dead, Elmore James, Charlie Daniels and others.

5. Sturgill Simpson, “A Sailor’s Guide to Earth” – One of country’s new darlings, Simpson stepped way outside the box for his third record. With a voice that channels Waylon Jennings and the ability to pen catchy, down-home toe-tappers, Simpson instead released a collection of songs he wrote for his son as a guide-to-life of sorts. With the ultimate flip of the bird to Nashvegas, he recruited the Dap-Kings as a horn section, and added strings, pedal steel and bagpipes. A cover of Nirvana’s “In Bloom” augments eight trippy originals. To be honest, this one takes repeated listens to fully appreciate its pure beauty.

6. Alejandro Escovedo, “Burn Something Beautiful” – Not that any of Escovedo’s work sucks ... this one’s simply a return to the form of past masterpieces like “A Man Under the Influence” and “The Boxing Mirror.” He recruited Peter Buck (R.E.M.) and Scott McCaughey to produce his 12th solo album, and enlisted members of the Decemberists and Los Lobos, plus the hippest harmonizer around in Kelly Hogan.

7. The James Hunter Six, “Hold On!” – Hunter, a guitarist, singer and band- leader, already put out three outstanding albums of jazzy, vintage R&B, but this record, his first on the Daptone label, is an instant infectious classic. Local fans would be wise to memorize it: The sextet plays the Community Concert Hall on Feb. 21.

8. Santana, “Santana IV” – After releasing a string of over- produced pop albums that featured superstar duets for much of the past 15 years or so, Carlos finally got the old gang back together. The classic lineup that recorded “Santana III” 45 years ago – Greg Rolie (keys, lead vocals), Neal Schon (guitar), Michael Carabello (percussion) and Michael Shrieve (drums) – join newer members, creating something fresh yet retro.

9. Town Mountain, “Southern Crescent” – For my money, Robert Greer, Jesse Langlais, Phil Barker, Bobby Britt and company are the greatest band in bluegrass today. Their debut album was called “Original Bluegrass and Roots Country.” No critic has coined a better phrase to describe their sound.

10. The Honeycutters, “On the Ropes” – This Asheville, N.C.-based alt-country outfit regularly jams with their bluegrass homies in Town Mountain, yet they’re not well known out West. Singer Amanda Platt makes day-after regret sound oh-so-sexy. I want them to move here. I want her to be my next door neighbor.

11. Shovels & Rope, “Little Seeds” – I’m a sucker for minimalist rock. The husband-and-wife duo of Michael Trent and Cary Ann Hearst crafted their loudest yet most intimate and personal album yet. They’re a love ’em or hate ’em type of band that several of my radio colleagues despise. But like the White Stripes or early Black Keys, they move me.

12. Otto’s pick: My nine-year-old son can’t put down Michael Franti & Spearhead’s latest, “Soulrocker” which makes me as proud as a bed-wetting libtard father can be. He’s no doubt attracted to the hip hop, reggae and EDM sounds. When he volunteered in the Purple Ice Cream Truck during Franti’s August concert at Three Springs, it sealed the deal. His favorite cut is “Good to Be Alive Today,” a ballad that softly raps about all the world’s evil yet holds true to Franti’s message of hope. This hasn’t left my car CD changer since July.

There’s no sunlight in our asses and our heads are stuck up in it? Email me at chrisa@gobrainstorm.net.