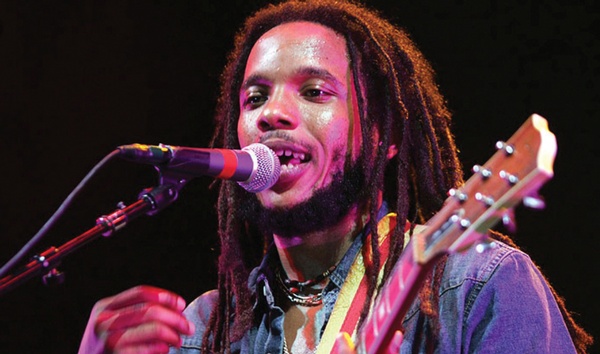 These are great times for local music. In recent weeks, new records by Afrobeatniks and StillHouse Junkies have dropped, and they’re not just keepsakes for friends and family members. These are the types of albums that any DJ anywhere in the world would be proud to spin. Decades ago, bands honed their talents in such venues as Fahrquarts, the Abbey Theatre and the San Juan Room (now known as The Derailed Pour House, the Animas City Theatre and the Wild Horse Saloon, respectively). On the bluegrass front, Heart & Soul and the Marmot Mudflaps gave way to the Badly Bent and, later, the Broke Mountain Bluegrass Band. Kirk James was – and remains – a pioneer in both acoustic and electric blues. Today, we get Liver Down the River, Six Dollar String Band, Farmington Hill and, of course, Lawn Chair Kings to lead the pack in their respective genres of jam, old-time, alternative country and suburban rock.

We’re in the final few days of the kickstarter campaign for a new Lawn Chair Kings album. It closes at 11:59 p.m. Sunday. The project is called “Before It All: Sonic Tales From the Galaxy, With Banjo.” The core quartet of Erik Nordstrom (vocals, guitar), Dan Leek (vocals, bass), Patrick Dressen (vocals, drums, mandolin) and Hap Purcell (banjo, guitar) returns. Through the years, they’ve played countless local and regional bar gigs, and have released four albums and an EP, all recorded in The Nord’s spooky basement. “We’ve never felt that we were able to keep up with our original music in recorded fashion,” said Nordstrom. “While these basement recordings have had the advantage of being relatively inexpensive, they’ve had the disadvantages of being time intensive and making do with purchases and borrowed equipment in tight spaces.” The new, 14-song collection will be recorded at Scooter’s Place by local producer Scott Smith. Pledge levels start at $10 and continue up to $2,000, with a variety of perks including digital downloads, signed CDs, stickers, T-shirts, trucker caps, music lessons and house concerts. Just go to kickstarter.com and search for Lawn Chair Kings. LCK also plays at 7 p.m. Friday at the WildEdge Brewing Collective in Cortez.

Get up, stand up! Stephen Marley brings his acoustic tour to the Community Concert Hall at 7:30 p.m. Tuesday. Marley is part of reggae’s first family as the son of Bob and Rita Marley, but he’s also blazed his own path. During his career, Marley has won eight Grammy Awards, including three Best Reggae Albums and Best Alternative Hip-Hop Performance, the latter a first for a Jamaican artist. A child prodigy, he was just 6 years old when he joined his siblings in the Melody Makers, singing, dancing and playing percussion. As a teen-ager, he assisted with the production of the Melody Makers’ three records that won Grammys – “Conscious Party,” “One Bright Day” and “Fallen Is Babylon.” In 1993, Stephen and Ziggy Marley founded Ghetto Youths International as a means to control their own music and assist upcoming artists. Their first project was “Chant Down Babylon,” which manipulated his father’s original vocal outtakes with the Wailers, spliced them into duets with hip-hop and R&B artists, while updating the Wailers’ music with samples, loops and overdubs. Following the performance, a special meet & greet will be held, with proceeds benefitting the Ghetto Youths Foundation.

Award-winning Cape Breton fiddlers Natalie MacMaster & Donnell Leahy return to the Concert Hall at 7:30 p.m. Sunday. This time around, they’ve updated their “Visions from Cape Breton and Beyond” show. The couple married in 2002 and have captivated audiences ever since. MacMaster is a true visionary in the Celtic world, having released 14 albums since breaking out on the international scene in 1989. The two most recent – “One” and a holiday record – were released with Leahy. While Cape Breton fiddling falls underneath the general Celtic umbrella, it’s actually rooted in the music brought across the Atlantic by Scottish immigrants during the Highland Clearances. Most of these immigrants were from Gaelic-speaking regions in the Scottish Highlands and Outer Hebrides. In recent decades, it’s been influenced by a variety of genres, including folk, rock, classical, chamber and a host of world music. MacMaster has been at the forefront.

Speaking of Celtic music, we’re a week away from the Durango Celtic Festival, which takes place from March 7-10 at the Henry Strater Theatre and Irish Embassy. This year’s lineup is spearheaded by The Jeremiahs, Supertrad, Patsy O’Brien and Dave Curley.

The calendar rolls to March this week, which means another Firkin Friday at Steamworks. Once again, the boys will reprise their popular Irish Car Bomb firkin, “simul-casking” at both the main brewpub as well as Purgy’s. “We’re to the point we can’t consider anything else for the March firkin due to its popularity,” said head brewer Ken Martin, referencing the original recipe created in 2011 with a nod toward St. Patrick’s Day. “It’s our only regularly occurring firkin. We haven’t changed the recipe, and everyone looks forward to it this time of year.” The Irish Car Bomb is based on Steamworks’ award-winning Backside Stout, which features complex malt and oat flavor. The second fermentation in the firkin includes oak spirals soaked in Jameson Irish Whiskey, plus Irish cre?me syrup and milk sugar. It’s very smooth, goes down easy and folks don’t see it coming.

Let the moon come shining in? Email me: chrisa@gobrainstorm.net.