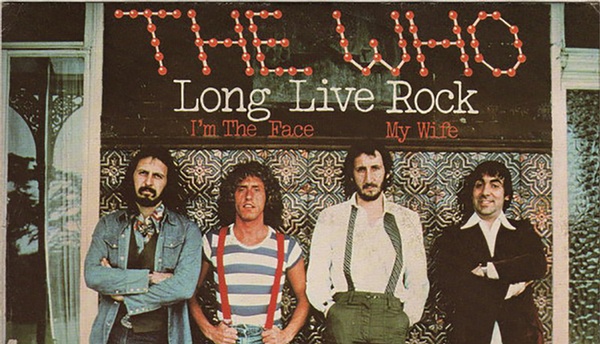 It’s been nearly two months since “Top Shelf” last graced these pages. In my first 12-plus years of writing this column, I think I only missed two weeks. Once was because of that pesky artificial heart valve surgery. The other was because I simply forgot … a hazard, no doubt, of growing older or killing too many brain cells.

For the past seven weeks, though, I couldn’t write because there was no reason to. “Top Shelf” is primarily about music, entertainment and night life. Secondarily, it dabbles in testosterone-fueled ravings about sports, shotguns, fly rods and BBQ grills. On occasion, it sinks to political rants.

Now, as the world inches toward reopening, there just might be something to write about.

Part of my real job as development director at KSUT is to organize our special events, which in a typical year might include eight or 10 indoor concerts, our Party in the Park and Members’ Party & Silent Auction, and a host of other events. We took over the Pagosa Springs festivals on Reservoir Hill last October and were poised to host the 15th annual Pagosa Folk N’ Bluegrass and 25th annual Four Corners Folk Festival this summer. PFB was cancelled a month ago; things don’t look too hopeful for Folk Fest, either, with Gov. Jared Polis banning large gatherings through Labor Day.

Does this mean no live music on the horizon? Certainly not. The StillHouse Junkies have already barnstormed the neighborhoods, playing private concerts on front lawns for paying customers. A few other local bands have eyed this model. The Robin Davis Duo recently played outdoors at a Pagosa Springs coffee shop, entertaining the paying customers who were patiently waiting for their orders while observing social distancing and masking guidelines.

Local artists will be the first to arrive on our stages. These initial shows will likely be at outdoor patios, with tables and chairs spaced much farther apart than in pre-COVID days. Don’t expect indoor shows at the Animas City Theatre, Durango Arts Center, Wild Horse Saloon or Community Concert Hall to magically reappear at first – especially with the governor’s guidelines. Complicating matters is the fact that many bands don’t want to travel large distances on tours that could spread the virus from town to town. Don’t be surprised if national tours don’t come around again until 2021 at the earliest … and international tours even longer. Governors, county commissioners and city council members may ultimately make those calls. California Gov. Gavin Newsom recently outlawed all large gatherings, including concerts, festivals and sporting events, through 2020.

Even if concerts are legal, promoters can’t force an audience to attend. Perhaps there is an outbreak on a community’s doorstep (like COVID-19’s explosion on the Navajo Nation). Maybe the target audience doesn’t have disposable income because they’ve lost their jobs. Perchance people just don’t want to take the chance of exposure.

So we adapt and stage live events differently. Many bands and musicians are earning income while keeping their skills sharp through Facebook Live and YouTube concerts. These are usually free with a virtual tip jar to drop a few bucks into. If you’re like me, you’ve watched quite a few of these the past two months. While they’re certainly not the same as seeing the artist on a real stage surrounded by your drunken friends singing along and dancing, they’re intimate in their own way. Ever wonder what Tim O’Brien’s office looks like? Bookcases filled with novels and LPs and a picture of Bill Monroe, kind of what you’d expect from a retired college English professor who occasionally busts out his guitar to strum along. Jerry Douglas’ man cave? Souvenirs from 40 years of touring. Eddie Spaghetti’s guest room? Decorated sparingly with punk rock posters.

Is it profitable? Local bands might make a modest amount of tips – maybe even comparable to a Friday afternoon gig at the neighborhood watering hole. The big names who headline festivals often pull $5-10k per performance, occasionally split with a nonprofit like a local food bank, public radio station or struggling venue. I’ve even seen bands like the Infamous Stringdusters hold live concerts to raise money for their unemployed road crew.

There’s talk of some regional festivals holding virtual events. At KSUT, we’re planning a two-hour live event on Fri., June 5 – what should have been the first night of Pagosa Folk N’ Bluegrass – with mini-concerts by Tommy Emmanuel and the aforementioned Tim O’Brien. These will be broadcast over the airwaves, as well as streamed on Facebook Live or another online medium. Donations will be split between the station and performers. The rumor mill has Craig Ferguson of Planet Bluegrass furiously working on a virtual stage festival during the week of Telluride Bluegrass (June 18-21). Planet Bluegrass has also created the Festivarian Fallow Fund, in which people can donate to a fund that will be split between artists and their support staff, Telluride nonprofits like KOTO, and Planet Bluegrass itself to keep the lights on during this lean year.

You can also embrace and augment your own music collection. For my birthday, my wife, Shelly, had my broken Technics turntable refurbished, freeing my record collection in the process. The Four Corners tapers – Billy Dee and Richard Skaggs, the guys who run mics and soundboard patches at many festivals and concerts across the region – have furiously mastered dozens of shows to make available on Archive.org. These are mementos from over a decade of my favorite shows that I can either download or stream to relive past glory.

If you’re a Luddite like me, you have your computer connected to your home stereo and can play these shows in multiple rooms. I like to mix a pitcher of cocktails or ice down a six-pack on Friday afternoons and sit on my back porch while being entertained by the Six Dollar String Band or Town Mountain at past Durango Bluegrass Meltdowns. Of course, tech savvy millennials can ask Alexa to play these shows on their smart speaker, bringing the party to wherever there’s cell service.

Concerts and festivals won’t be gone forever. It might take months or even years, but they’ll be back … with a vengeance!

Jack is in the alley selling tickets made in Hong Kong? Email me at chrisa@gobrainstorm.net.