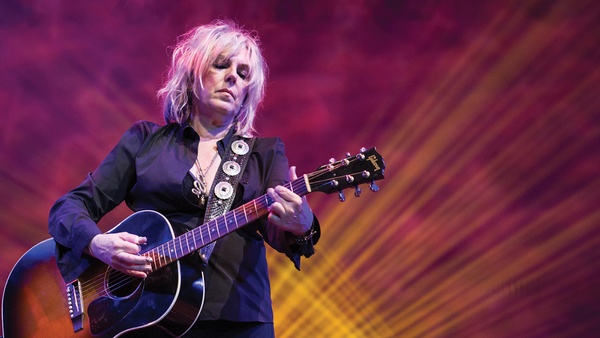 The Shoulder Season is upon us. Skiers have disappeared, college students will be graduating or heading home to mom & dad this weekend, out-of-town cyclists are still a month away from arriving and tourists – let’s hope they come en masse this year – probably won’t show up in full force until June. That means slim pickings for live music for a bit. But that’s OK – you probably need to stow your winter gear and tune up the mountain bike anyway.

The Animas City Theatre hosts a make-up show from Euforquestra & Buster’s Ghost at 9:30 p.m. Friday (doors at 8:30). Regulars at the ACT and on the festival circuit, Euforquestra is a Fort Collins group that originated in Iowa. Their fifth full-length album, “Fire,” was produced by Kyle Hollingsworth of the String Cheese Incident. Buster’s Ghost, of course, is Durango’s hometown ska band.

Eclectic is the word that best describes tonight’s (Thur., April 25) performance by Evanoff and Amoramora at the Animas City Theatre. Evanoff is the musical experience created by Denver musicians Jake Hall, Parker Oberholzer and J.J. Evanoff. The high-energy trio blends a tasteful mix of classic rock and contemporary dance music to create a genre they call “dream rock,” which adds soul and rock to the EDM scene. Amoramora features an upbeat blend of funk, bluegrass, African highlife and jazz fusion. Think Blind Melon, String Cheese Incident and Strangefolk and you get the gist. Doors open at 8 p.m., with music to follow at 9.

The Community Concert Hall and KSUT just announced a second joint production for late June as iconic Americana singer/songwriter Lucinda Williams will perform at 7:30 p.m. Fri., June 28, at the Concert Hall. Touring in celebration of the 20th anniversary of her highly influential masterpiece, “Car Wheels on a Gravel Road,” the three-time Grammy winner will perform the album in its entirety, followed by a second set that spans her entire career. Tickets go on-sale at noon this Friday at durangoconcerts.com, by phone at 970-247-7657 and in person at the Concert Hall’s downtown ticket office inside the Durango Welcome Center at the corner of 8th and Main. This show is expected to sell out quickly, so don’t dally. It falls at the end of a particularly busy week for the two entities, as they combine to present Patty Griffin on Wed., June 26, (tickets are nearly 80 percent sold for this one), and KSUT welcomes back popular alt-country band the Black Lillies on Thur., June 27, at the Henry Strater Theatre. But when a legend of Lucinda’s stature comes a-knockin,’ who can refuse?

The Mancos School of the West hosts a Wine & Whimsy fundraiser from 6-8 p.m. tonight (Thurs., April 25) at Olio in Mancos. If you’re unfamiliar with the organization, the school is a non-profit entity run entirely by volunteers who have come together to give working artists an opportunity to share their special skills and talents with others. More than 200 artists call the Mancos Valley home, bringing inspiration in the shadow of Mesa Verde and the La Platas. The event celebrates their fifth anniversary.

Oxygen on Embers, made up of local artist McCarson Leigh and Telegraph wordsmith Zach Hively, will debut their album “Southwest Revival” from 5-7 p.m. Friday at Animas Trading Co. The event kicks off an 11-date tour of quirky venues across Colorado, New Mexico and Arizona. In addition to performing the tunes from the record, Oxygen on Embers will share the stories behind the songs and greet supporters with conversation and cake. The event is free.

A new restaurant and tavern is opening at 2957 North Main! Bird’s Rotisserie, the latest restaurant from the crew that gave us Steamworks and El Moro, has its ribbon cutting ceremony at 12:15 p.m. Monday and its grand opening on Sat., May 4. Bird’s will serve breakfast, lunch and dinner from 7 a.m. to 9 p.m. daily. “Bird’s is designed as an ‘approachable’ neighborhood restaurant and tavern, as well as a drive-through, with a focus on healthy foods and centrally, chicken,” Kris Oyler, CEO of Peak Food & Beverage, the parent company of the three restaurants, said. The menu is based on (but not limited to) chicken – rotisserie-style, in particular – with whole birds, half birds and breast-and-leg options accompanied by such sides as cheddar mac ’n’ cheese, miso green bean salad and onion rings. Sandwiches will feature the rotisserie chicken (like on the Animas Hot, a spin on Tennessee-style hot chicken); vegetarian options like salads and soups will also be available. For breakfast, burritos and chilaquiles will be featured. The building is the former KFC on North Main, which closed several months ago. It has family ties to Oyler, whose uncle used to own the local franchise.

Speaking of chickens, The Roost has added some new weekly events. Ben Bernstein hosts The Trivia Factory each Tuesday from 6:30-8:30 p.m.; Alex Vick hosts a comedy, poetry and music open mic each Wednesday from 7:30-10:30 p.m. (free drink for all performers!); and Bernstein returns to host Beer Bingo from 8-10 p.m. each Thursday.

While still more than a week away, if you want to make reservations for the San Juan Symphony’s Spring Gala on Cinco de Mayo at Sow’s Ear Restaurant, you need to do so by Sunday. The evening’s schedule includes a wine reception at 5 p.m., an oyster bar, authentic Mexican family style dinner, silent auction (house concerts, artwork, Follies tickets and more) and a flamenco performance by Spanish Broom during the dessert & coffee reception at 7 p.m. It’s a pricey affair at $120 per person ($150 per person includes lodging at the Silver Pick), but proceeds support our local symphony.

You can boil it, roast it, broil it? Email me at chrisa@gobrainstorm.net.