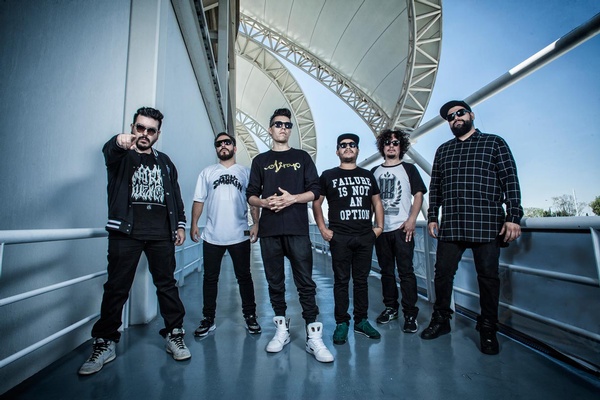 March Madness has proven to be just that. After the first round, I was sitting pretty, as were Shelly and Otto. My national champion pick, Duke, went out in the second round; Final Four teams Arizona and Kansas soon followed. My bracket is busted.

Young Otto, however, apparently is as good at picking winners as he is at blocking shots in the fourth-grade league. With two of his Final Four teams and national champ still alive, Otto will win spending money for the summer if the Tar Heels win it all. Thirty bucks will go back to Dad for fronting the family entry fees. The rest will go into his savings.

As a lifelong Duke fan, it pains me to be pulling for Carolina blue so much this weekend. Whether its screams of joy or the wailing of pain, I’m sure my neighbors will think all hell has broken loose at my house on Monday. C’mon Tar Heels. Otto needs a new pair of wading boots.

Direct from Mexico, Troker brings Guadalajaran funk and jazz to the Community Concert Hall at 7:30 p.m. tonight (Thurs., March 30). One critic wrote, “If Salvador Dali ever made a heist movie, then Mexico’s Troker would have been the soundtrack.” Troker formed in 2004 and has secured its place as a world-class jazz band. Its six members hail from different parts of Mexico and bring varied influences to the table, but all share the same goal of creating mesmerizing rhythms. Equal parts composed and improvised, Troker’s music emerges from metal riffs, powerhouse funk drumming, DJ scratching, horns and mariachi traditions.

Local boys make the big time! Liver Down the River plays back-to-back nights at the Animas City Theatre with openers Coral Creek on Friday and the Uptown Toodeloo String Band on Saturday. They got their start in 2012 when Patrick Storen and Emily Winter met and started playing fiddle tunes and Grateful Dead numbers together. Funk master Derek Abt soon joined on bass, followed by Dylan Ruckel on guitar, Carter Colia on drums and Tyler Rice on banjo and keyboards. Five years later, they have an EP and their debut album under their belts and have headlined sold-out shots at the ACT and shared stages with Head for the Hills, Tony Furtado and Billy Nershi, among others. Friday’s opener, Coral Creek, is the brainchild of Chris Thompson and Bill McKay, the latter a veteran of Leftover Salmon and the Derek Trucks Band. The Uptown Toodeloo String Band features an A-list of Front Range pickers from such Colorado bands as Leftover Salmon, Shakedown Street and DeadPhish Orchestra.

Spafford brings its eclectic blend of rock, funk, dance and light to the Animas City Theatre at 9 p.m. tonight. The group has lit up the Southwest by melting through genres while creating an illuminated mind-and mood-altering experience each night. They’re a featured act for Vegas late-night spots like the Hard Rock Hotel and the Palms and have hosted many of the official after-parties for Further and Widespread Panic. Veterans of numerous festivals, the quartet has also hit the road opening for the likes of Panic, Hot Buttered Rum, Particle, EOTO, the Motet and

The Hendrix of the ukulele, James Hill, comes to the Community Concert Hall at 7:30 p.m. Saturday in the venue’s latest “Artists You Need to Know” series. An award-winning Canadian performer, he has been called someone who “gives the ukulele its dignity back without ever taking himself too seriously” and is a singer, songwriter, educator and virtuoso instrumentalist. The Hendrix reference? Just check out his version of “Voodoo Chile” on YouTube.

A second weekend of the Durango Blues Train has been added for Aug. 18 & 19 and tickets went on sale earlier this week.

Artists for the late-summer trains haven’t been announced yet, but you can expect world-class artists with links to Telluride Blues & Brews to appear. Typically, two full bands and four solo/duo performers are on the bill, along with three bars serving light snacks, wine and craft beer from Ska and Telluride Brewing. Tickets also remain on sale for the Friday train June 2 (Sat., June 3, is already sold out). Find out more at DurangoBluesTrain.com.

The Henry Strater Theatre hosts the finals of “The Durango Voice” at 7 p.m. Saturday. Not only does this event give local amateurs the chance to win big prizes, but it raises money for Manna. Maestro Thomas Hauer will preview the next San Juan Symphony concert as part of its ongoing series, “Musically Speaking,” at 6 p.m. Wednesday at the Durango Arts Center. The pre-concert is free and the public is invited. Refreshments will be served.

It’s a sign from above: Ska’s annual Mexican Logger release party happens from 5-7 p.m. Wednesday at the World Headquarters in Bodo Park with live music from The Crags, $3 Loggers and food specials from The Container. The little green cans will also make their annual vernal appearance in liquor stores on Wednesday. This time around, in addition to six packs, the Mexicans also make their way into the newly configured Summer Mixed-Up 12 packs, which also include Pinstripe, True Blonde and Modus Mandarina. The Not Summer version of the box, coming next fall, will include Euphoria (Mexican Logger’s winter sibling).

BREW’s beer menu is in flux right now, with new ales coming on tap faster than I can try them. A trip to the brewery will offer such temptations as Frederick, a smooth bock; Grant, an Irish stout; Lulu (aka Luis), a West Coast pale ale; Wilson, a home-wrecking Belgian double; Xena, a Belgian IPA; and something brand-spanking new, Christina, a California common. I’ve got a bone to pick with Christina. Since “C” was up in the ever-revolving name rotation, I take personal offense to the fact that “Chris” has never been chosen. But Christina’s a nice girl. If anything, she’s decidedly uncommon. So there. My protest has been lodged.

Finally, there’s a lot of buzz about the StillHouse Junkies and their weekly bluegrass throwdowns at Durango Craft Spirits at 4:30 p.m. each Friday.

Can’t you just feel the moonshine? Email me at chrisa@gobrainstorm.net.