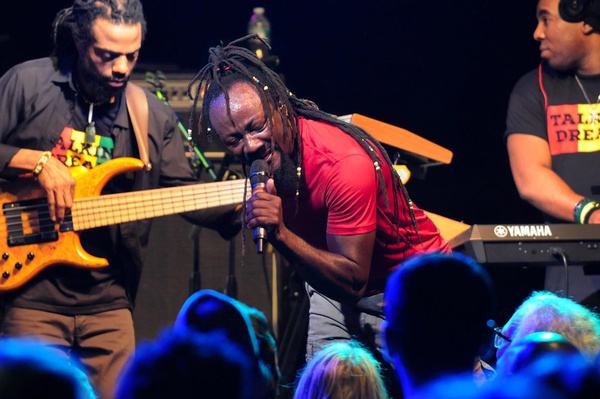 I turned over control of “the power” to my wife, Shelly, on Sunday night. In our 20 years together, I’ve subjected her to thousands of football, basketball, baseball, hockey and soccer games on TV. She chose The Golden Globes, and the whole family gathered ‘round to watch.

Meryl Streep’s acceptance speech was stunning, to say the least. We’re liberals, no doubt, so it came as no surprise that her eloquent, passionate and emotional remarks touched a nerve. As we went to bed that night, we expected the Orange Twitler to unleash his fury before we’d wake the next morning. Like clockwork, he didn’t disappoint, calling the most accomplished actor of our generation “over-rated” and a “loser.”

We also weren’t surprised when social media exploded. Perhaps my favorite said some-thing to the effect that if 157 career awards makes an actor overrated, what does six bankruptcies make a businessman?

The most common responses I heard were the inevitable posts and tweets about the Hollywood elite being out of touch with small town America and that celebrities should keep their opinions to themselves.

To each his own. I neither agree nor disagree with either observation. Yet the response from the left mirrored the right when a picture of outspoken conservative actors Mel Gibson and Vince Vaughn hit the web. Sure, they looked upset when Streep took to the pulpit. But they’re protected by the same first amendment rights as she is. To be certain, they didn’t boo or catcall ... they sat politely and listened.

I’m a country music fan, DJ and critic. I could care less about the politics of Loretta Lynn, Dolly Parton, Charlie Daniels and Hank Williams Jr. I play their classic songs because I like them. Sure, Willie Nelson and Steve Earle speak more closely to my own beliefs. But I’m not going to deprive myself the enjoyment of “Rated X,” “Jolene,” “The Devil Went Down to Georgia” and “Family Tradition” just because of a difference of opinion.

To quote Snoop, we all need to back up off of it. Relax. Enjoy the things that make us smile.

Squirrel Nut Zippers were part of the big band/swing/jazz/alternative rock revival of the 1990s and bring their “Hot” show to the Community Concert Hall at 7:30 p.m. tonight (Thurs., Jan. 12). Not to be pigeonholed with contemporaries like Big Bad Voodoo Daddy, Cherry Poppin’ Daddies or the Brian Setzer Orchestra, the Zippers owe as much to the evolving, Southern roots traditions of blues, old-time and country as they do to “Singles” era revivalist swing and jump blues. Think Asylum Street Spankers, and you’re in the right ballpark. This year’s tour commemorates the 20th anniversary of “Hot,” their critically acclaimed and commercially successful 1996 record.

Talking Dreads will rock their way into the Animas City Theatre at 9 p.m. Wednesday. Their name pretty much says it all: a Talking Heads tribute band performing all the classics not in new wave, but rather in the reggae style. It all started as the brain-child of head dread Mystic Bowie, a Jamaican artist who became a singer in the Tom Tom Club in 1996. As you may recall, that group was a side project started by founding members of the Talking Heads, Chris Franz and Tina Weymouth. Bowie, who was heavily influenced by the Heads’ art school punk as a child, brought sunny, Caribbean rhythms to their songs. The Dreads also delve into the catalogs of Janis Joplin (“Piece of My Heart”) and the Grateful Dead (“Shakedown Street”) in their live show.

The ACT hosts an up-and-coming hip hop sensation from the fertile grounds of Minneapolis when Prof takes the stage at 9 p.m. Tuesday. He already has three independent albums and three mixtapes under his belt. His latest record, “Liability,” features guest appearances from Tech N9ne, Waka Flocka Flame and others. Also on Tuesday’s bill: Willie Wonka, Metasota, Finding Novyon and Nikolai.

The Lionel Young Band, fronted by one of Colorado’s foremost authorities on the blues, has a pair of shows regionally this weekend. Young plays at 7:30 p.m. Friday at the Sunflower Theatre in Cortez and at 7:30 p.m. Saturday at Crash Music in the Aztec Theatre. Attendees at Young’s shows experience a living history of blues and jazz – a lesson that’s more than retro, but one that’s both modern and respectful of the genres’ roots. A triple threat on vocals, guitar and violin (yes, he’s classically trained on the latter), Young weaves many elements of blues and jazz into his live show. From Hill Country to hard pop, and from boogie woogie to Ornette Coleman, it’s all blues. Through the years, Young has worked with such icons as Count Basie, Stevie Wonder, Page & Plant, Linda Ronstadt and Living Color. The only two-time winner of the International Blues Challenge, Young’s “On Our Way to Memphis” album is a perfect example of his varied influences.

Two local bands with a conscience, Carute Roma and the Afrobeatniks, kick off the Our 1st 100 Days Movement from 7-10 p.m. Friday at the Henry Strater Theatre. It’s a free show for the local effort to reclaim democracy for all of us. At the start of our country’s 45th presidency, citizens from across the Four Corners are reaffirming their commitment to an active participation in American democracy. Organizers hope to prove that the privileges and protections of this nation do not belong to a single race, religion, gender or creed.

Speaking of Vince Vaughn, who played Trent Walker in “Swingers,” this week’s Top Shelf recalls some of the acts on that movie’s 1996 soundtrack. It’s chock full of classic and retro acts:

Some bubonic chronic that made me choke? Email me at chrisa@gobrainstorm.net.