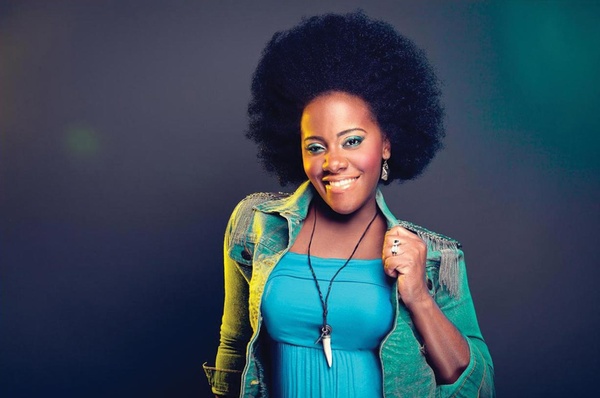 The Movement gained strength this week after El Pendejo Naranjo spent the weekend offering his sympathy and support to two of his staffers who resigned in disgrace after reports of domestic violence. I thought he only hired “the best people.” Guess not. Not surprisingly, the Grabber in Chief has yet to offer similar sympathies for the over 100 gymnasts and other women’s athletes who were victims of serial child molester Larry Nassar, now behind bars for 175 years. It seems child molestation, sexual assault and spousal abuse are only worthy of his scorn when the perpetrators have a (D) next to their names on ballots. Here’s a hint: these crimes, as well as their victims, aren’t limited to one party or the other. Fortunately, millions of us have had enough of rapists, pussy grabbers, wife beaters, misogynists and their ilk. We’re mad as hell and we’re not going to take it anymore.

You can show your support this weekend when Indivisible Durango hosts a #MeToo march and rally from the train depot to Buckley Park at 10:30 a.m. Saturday.

MarchFourth is back for a sold-out show at the Animas City Theatre at 9 p.m. Friday. If you’re one of the lucky ones, you scored tickets in advance. MarchFourth is a genre-breaking force of entertainment. Imagine circus freaks collaborating with a New Orleans street band. Brassy funk, jazz and rock meets acrobats, stilters and others. I’m particularly fond of their 2016 release, “Magic Number,” although its predecessor, “Rise Up,” stands strong as well.

The ACT brings reggae at 8:45 p.m. Wednesday with a twin bill that features Etana and Jesse Royal. Etana’s name means “The Strong One” in Swahili, and it’s a title she more than lives up to with her music and presence. Since debuting in 2006 with the thought-provoking single “Wrong Address,” the Jamaican-born singer has established herself as one of the most powerful and distinctive voices in reggae, blazing a new trail in a genre that has long been male dominated. Etana’s story begins in August Town, a treacherous but culturally rich garrison community in eastern Kingston that has produced such musical talents as Sizzla and Israel Vibration. Jesse Royal is establishing himself as one of the next reggae superstars to emerge from Jamaica through his popular mix tapes, hit singles and now his debut album.

The San Juan Symphony American Visions season continues next week with Latin Nights, a sizzling evening of flashy showpieces by Spanish and Latin American composers featuring Franklin Cohen as clarinet soloist. The Durango performance takes place at 3 p.m. Sunday at the Community Concert Hall in Durango under the baton of music director Thomas Heuser. He will guide the orchestra through music from Manuel de Falla’s “The Three Cornered Hat” plus exotic dances like the zarzuela, fandango, huapango and more. Cohen has been featured as soloist in nearly 200 performances throughout the United States, Asia and Europe.

As has become tradition, Seasons Rotisserie & Grill will be Burning Down the House from 5:30-10 p.m. Wednesday. This marks the ninth time that Seasons has hosted the event, which benefits Durango’s emergency responders through the 100 Club, which provides financial assistance to the families of law enforcement and firefighters seriously injured or killed in the line of duty. A downtown fire in the 700 block of Main Avenue in February 2008 destroyed three businesses, including Seasons, and impacted many more. Like the proverbial phoenix, Seasons rose from the ashes to reopen in 2009 and launched the fundraiser in 2010. Executive chef Dennis Morrisroe and sous chef Clark Peterson have crafted a special smoky and spicy hot dinner menu for the event.

The Animas Museum hosts a fundraising party From 5-7 p.m. Wednesday at El Moro Spirits & Tavern. As part of the fun, El Moro has concocted a special drink called the French 75 Cocktail, a champagne-based drink that was invented during World War I and named for the 75 mm field artillery gun. The French 75 appropriately has a powerful kick. The creative El Moro culinary staff will offer special period-appropriate menu items. WWI historic interpreters will mingle among the tables and a trivia contest will test your WWI knowledge.

Even though it’s still months away, the lineup for the first Durango Blues Train (June 1-2) has been announced. (A second train with a different lineup is set for Aug. 17-18). The eclectic June lineup includes Dwayne Dopsie and the Zydeco Hellraisers, Amanda Fish, the C.W. Ayon Duo, Dos Gatos, Left Lane Cruiser and Russ Chapman. The up-and-coming zydeco star Dopsie is fresh off a rousing performance at the 2017 Telluride Blues & Brews. The blues train is a three-and-a-half hour moving experience with six acts performing live on the D&SNGRR train. Tickets went on sale Tuesday and this one sells out each year. Visit duran gobluestrain.com for tickets and information.

The best thing I heard this week is a straight-up jazz offering from San Francisco’s Electric Squeezebox Orchestra, “The Falling Dream.” This 17-piece, horn-heavy orchestra blazes a trail through funky, ’60s style Ray Charles, kitschy lounge music, Crescent City second line and spicy Latin fare. Highlights include a cover of McCoy Tyner’s “Sen?or Carlos” and the original composition, “The Captain.” This groovy disc requires the lights turned down low, a lava lamp gurgling in the background and a cocktail glass filled with straight bourbon and one of those trendy, giant ice cubes. Make mine Cinderdick with a dash of bitters, a squeeze of orange, a sugar cube at the bottom and one of two of those fancy maraschino cherries.

Give me my propers? Email me at chrisa@gobrainstorm.net.