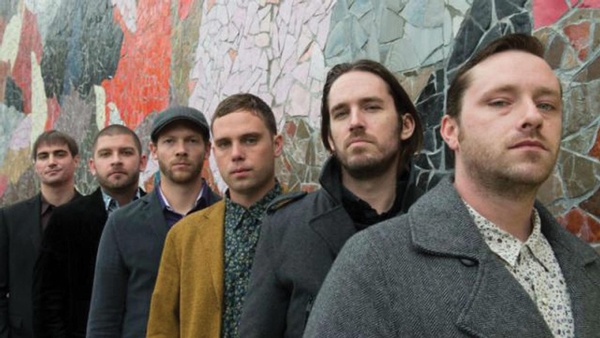 Film, funk and fundraising all meet this week as the Durango community bonds for everything from radio fundraising to feeding the needy to supporting music education. And while household names might be missing from local stages this week, there’s no shortage of entertainment options.

The Animas City Theatre hosts the Southwest Music Festival on Friday and Saturday, with proceeds benefitting Stillwater Music. Friday’s lineup is spearheaded by The Main Squeeze, with support by the Durango Funk Allstars, DJ Mateo and Oblee; Saturday includes Monophonics, Niceness, DJ Codestar and Jade Robbins. The Main Squeeze formed as a party band at Indiana University in 2010 and has since released three full-length albums. Renowned producer Randy Jackson produced the quintet’s second record, “Mind Your Head.” Monophonics are just hitting their stride as one of the premier soul bands in the country. The Bay Area band has all the tools: cinematic songs, timeless hooks, soulful organ and powerhouse vocals. Their sound is equally inspired by classic soul, heavy funk, psychedelic rock and classic American songwriting. The sextet blends keyboards, trumpet and guitar with a solid bass-and-drum rhythm section.

The third annual Durango Voice holds its blind auditions Saturday night at the Henry Strater Theatre. Eighteen selected contestants will perform before a live audience and four judges for the chance to advance to the finals on April 7. The judges are seated with their backs to the contestants, flipping their chairs around if they like what they hear. Each judge will select three finalists for a total of 12 who will move forward to the finals after a month of voice coaching. At the finals, three winners will be selected, with each receiving gift certificates and prizes in addition to singing engagements around town. Proceeds from both the blind audition and finals benefit Manna, which feeds the hungry in our community, offers job training and more. Manna serves more than 65,000 meals per year.

The 13th annual Durango Independent Film Festival started Wednesday and runs through Sun., March 4. It all gets started with a Festival Kick-Off Party at the Animas Chocolate Co. at 4 p.m. Wed., Feb. 28, followed by an assortment of free shorts and features at the Gaslight Theatre that night. The remainder of the festival includes an assortment of documentaries, features, shorts, panels, discussions and parties at the Gaslight, Animas City Theatre, R Space, Durango Stadium 9 and other venues. Visit durangofilm.org for passes, schedules and more.

Ska Brewing always gets in on the DIFF fun. Commemorative bombers are a thing of the past, but you can pick up six packs of The 13th Extra Pale Ale in area liquor stores now. The can’s artwork features a Jason-inspired “Friday the 13th” character, appropriate in honor of the festival’s anniversary.

KSUT will send one lucky listener/member to DIFF in style with a pair of All Film Passes. These passes allow entry into all film programs and first-tier priority seating up to 20 minutes prior to the start of the program on a first-come, first-serve basis. All pledges received by noon on Friday will be entered into the drawing, and all sustaining members will receive automatic entry. Visit ksut.org to pledge online, or call the station at 970-563-0255 during regular office hours today and Friday. The station’s weeklong spring membership drive runs March 14-20, culminating with the traditional trip to the New Orleans Jazz & Heritage Festival as the grand prize. The Community Concert Hall welcomes the Maria Schneider Orchestra at 7:30 p.m. Wednesday. A Minnesota native, Schneider’s career spans several genres, as she’s performed with everyone from the St. Paul Chamber Orchestra to David Bowie. With her own orchestra, she has earned 12 Grammy nominations and five Grammy awards, including 2016’s Best Large Jazz Ensemble Album for “The Thompson Fields.”

The Met: Live in HD continues at 10:30 a.m. Saturday in the Vallecito Room of the FLC Student Union with Puccini’s popular La Bohe?me. Often considered the world’s most popular opera, La Boheme is a passionate, timeless and indelible story of love among young artists in Paris. Run time is approximately two hours and 55 minutes, with two intermissions.

Finally, the FLC Music Department presents a student honors recital at 3 p.m. Sunday in Roshong Recital Hall as a special tribute to Walter Dear, in recognition of his generous endowing gift to the Rochelle Mann/Jan Roshong Music Education Scholarship. The event is free, with a reception following the event.

The best thing I’ve heard this week? Wylie & the Wild West’s latest offering, “2000 Miles from Nashville.” Fronted by yodeling Montanan Wylie Gustafson, the Wild West has plied their craft at rodeos and cowboy poetry gatherings since the early ’90s. Now with more than 20 albums under their belts, they’ve emerged as the preeminent Western band on the circuit by blending traditional cowboy music, yodeling, Western swing, classic country and folk. Durango fans caught their act at the Durango Cowboy Poetry Gathering a few years ago. On this record, they blend originals like “Nashville Never Wanted Me” and “Hot Rod Yodel” with tasty covers like Stan Jones’ “(Ghost) Riders in the Sky,” Don Gibson’s “Sea of Heartbreak” and Nick Lowe’s “(What’s So Funny ‘Bout) Peace, Love and Understanding.” Whether you’re a fan of cowboy music, classic American folk or hard-driving alt-country, this record has something for you. Imagine the Bar D Wranglers and Farmington Hill gathering for a campfire pick and you get the idea. Pass around the bottle, fill your tin cup, take a swig and sing along to your heart’s content.

Where are the strong who are the trusted? Email me at chrisa@gobrainstorm.net.