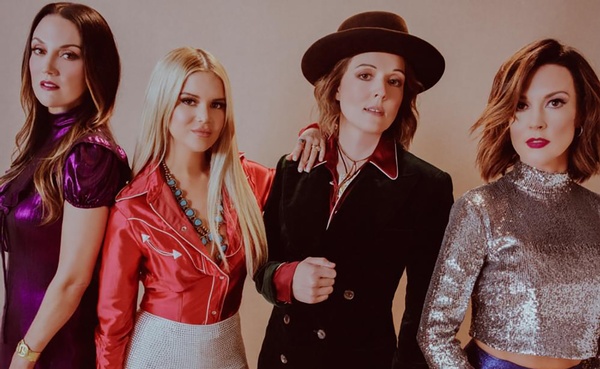 Ring in the New Year with the Secret Circus Society’s Illuminaughty at 10:30 p.m. on New Year’s Eve. This sensual new show unlocks the door to the unknown, the sexy and the strange. Special VIP tickets are available, which include the Key to the Crow’s Nest Balcony, featuring great views, seats, treats and additional pleasures.

New Year’s Eve at the Henry Strater Theatre features a dance party with J-Calvin along with special guests Mesquite and the Alex Blocker Band. VIP perks include champagne and private box seating.

A sleeping giant in the electronic music world, Emancipator plays the Animas City Theatre at 8 p.m. on Sun., Dec. 29. Douglas Appling, known professionally as Emancipator, has quietly established himself as a mainstay on the electronic scene. Since his 2006 debut album, “Soon it Will be Cold Enough,” the classically trained violinist uses an organic approach to EDM to incorporate a wide range of international cultures and music genres. Special guest Koresma opens.

The Sheridan Opera House has a ridiculous holiday schedule coming up, with something for everyone, assuming you have coin to spare. The lineup includes KT Tunstall (Fri., Dec. 27), Jewel (Sat., Dec. 28), Mary Wilson of The Supremes (Sun., Dec. 29), Emancipator (Mon., Dec. 30) and the Pimps of Joy-time (New Year’s Eve).

Shawn Colvin plays Club Red at the Telluride Conference Center in Mountain Village on at 8 p.m. on Mon., Dec. 30. She sprung into our collective imaginations way back in 1989 when her debut album, “Steady On,” earned a Grammy for Best Contemporary Folk Album. It included the hit, “Shotgun Down the Avalanche,” which, if you’ve ever seen her perform live at Telluride Bluegrass, she says was inspired by a steep run at the ski area. While Colvin was once a regular at T-Ride festivals, in recent years, smaller-venue shows seem to be the only way to catch her in San Miguel County.

People We Know holds its long-awaited CD release party at 8 p.m. Fri., Dec. 20, at the Animas City Theatre. The local bluegrass quintet has been honing their skills for years on such stages as the Durango Bluegrass Meltdown and Meltdown on the Mesa. The group features members of Outskirts and Fellowship of the Strings.

The Afrobeatniks play a winter solstice dance party at Mancos Brewing at 6 p.m. Sat., Dec. 21. This year proved to be a huge year for the world group troupe with membership in La Plata and Montezuma counties, what with the release of their debut album and an opening slot for KSUT’s Party in the Park last August.

Posh Josh spins house and electronic music at a winter Solstice dance party at the ACT at 9:30 p.m. on Sat., Dec. 21. The three-act bill also includes Smiley Coyote and Brap the Goat.

Family-friendly fun continues at the Community Concert Hall at 7:30 p.m. Saturday with Mysto’s Really Big Magic Show. The one-time local performer Mysto the Magi (aka Mitch Harwood) will take the audience on a vaudeville journey with playlets, mystery, secret messages and group participation.

1. The Highwomen, self-titled – What do you get when you throw together Americana’s current “It Girl,” a Top 40 country superstar, an indie Americana sensation and a Nashville songwriter?

When it’s Brandi Carlile, Maren Morris, Amanda Shires & Natalie Hemby, you get a supergroup truly worthy of the title. The record is a polished gem, with just enough sisterly angst to make it unforgettable.

2. Tyler Childers, “Country Squire” – Childers exploded onto the scene a couple of years ago with his second album, “Purgatory.” The young guitar slinger who had recently rented a room from Town Mountain’s Jesse Langlais took critics and fans by storm.

No one was surprised by the success of his latest album, “Country Squire,” which places him as the heir apparent to Robert Earl Keen’s yuck-yuck, pluck-pluck crown.

3. Paul Cauthen, “Room 41” – Cauthen is an enigma. He possesses Johnny Cash’s voice, Hank Williams’ bad boy attitude and a Southern Baptist preacher’s longing for redemption. His music falls somewhere between outlaw country and David Bowie’s Berlin trilogy. Its sleeper track, “Cocaine Country Dancing,” is a no-holds-barred ode to the type of partying that gets you killed or imprisoned and wouldn’t be out of place on Queen’s “The Game.”

4. Rich Mahan, “Hot Chicken Wisdom” – Mahan is an A&R man for a record label by day, then plays kick-ass country music in the vein of early ’70s Grateful Dead and NRPS at night. His sophomore effort winds through similar territory as his debut, with songs like “Daydrinking,” “Loose Lucy” (yes, the Dead cover) and “Stoned as a Roman Slave” as highlights.

5. Billy Strings, “Taking Water” – Billy Strings is The Truth. Someday he will be as revered as bluegrass guitar virtuosos like Tony Rice and Bryan Sutton.

6. The Infamous Stringdusters, “Rise Sun” – The Dusters quietly emerged as the biggest group in the bluegrass jam scene, wrestling the title away from Yonder a year or two ago. Their latest only cements their reputation.

8. The Allman Betts Band, “Down to the River” – The apples didn’t fall far from their trees, with the sons of Greg Allman, Dickey Betts and Berry Oakley keeping the family groove alive.

9. Son Volt, “The Union” – Jeff Tweedy and Wilco may sell more records and concert tickets, but Jay Farrar reminds us with every Son Volt release that he was the brains behind Uncle Tupelo.

10. Calexico/Iron and Wine, “Father Mountain” EP – The year’s most lush release was not surprisingly a collaboration between Sam Beam and Tucson’s favorite musical sons. Fourteen years ago, they released a similar project, “In the Reins.” Let’s hope they don’t wait another 14 years to get back together.

A million dollars in it, cold hundreds of g’s? E-mail me at chrisa@gobrainstorm.net.