No. 66, Starfire and glowing balloons 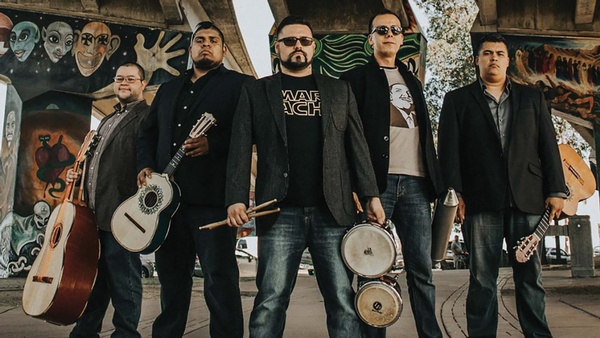 Jarabe Mexicano returns to the Concert Hall at 7:30 p.m. this Saturday.

For the past four years, my boy Otto has proudly worn No. 66 as the starting middle linebacker for the Durango Demons youth football team in grades 3-6. The first two seasons saw Otto ranked among team leaders in tackles, sacks and forced fumbles. The last two, though, have seen him play more of a coverage role and his stats aren’t as sexy.

During these four years, the Little Demons have won 33 of their 37 games, with all four losses coming to their arch-rivals, the Farmington Titans. Otto’s teams are 3-4 against the Titans, going 2-2 in the regular season and 1-2 in the playoffs. All three playoff meetings have come in the Super Bowl.

Otto’s 2018 season was cut short when he broke his wrist in pregame of the second game. Otto missed that contest and the next two while on injured reserve. During that time, he got to send in the defensive signals from the sideline. But during the past three weekends, he’s played with a padded cast. On Monday, the cast was cut off, just in time for the playoffs.

My peewee football career lasted three years ... and we sucked. I was a tight end and outside linebacker, and handled the ball much more than Otto. Yet he’s scored one touchdown on a fumble recovery in the end zone and blocked another punt for a safety. I never scored. Old No. 88 lives vicariously through No. 66, if only for a few more weeks. I’ll pack up the whole fan-damily for Farmington for the first round of the playoffs this Saturday. Let’s hope there are two more games to come.

Jarabe Mexicano may have formed in 2015, but they’re a rising star in the Latin music community. Local fans first got to know them as the opening act at KSUT and Music in the Mountains’ 2016 Party in the Park. They’ve since played the Community Concert Hall and return to that venue at 7:30 p.m. Saturday. When they first came to town, Jarabe Mexicano didn’t have any recorded music for fans to take home or stations to play. Thankfully, they dropped their debut, five-song EP, “Semillas,” last year. The quintet will take the audience on a musical journey through Mexican folk, Tex-Mex, reggae and cumbia with lively percussion, traditional stringed folk instruments and bilingual harmonies.

World-renowned producer, DJ and multi-instrumentalist David Starfire takes the stage at the Animas City Theatre at 10 p.m. tonight (Thurs., Oct. 18). Known for his “global-glitch-bass” sound, Starfire’s niche is fusing world instruments with modern beats. During his DJ sets, he often mixes percussion and assorted instruments like the phin (Thai lute) and Indian tumbi. He’s worked alongside some of the biggest electronic artists in the world, including Daft Punk, Bassnectar, Deadmau5 and many more. DJ Codestar opens.

Then at 10 p.m. Saturday, Posh Josh & Friends connect with their dance-crazed crowd at the ACT. Posh Josh considers himself a house music DJ, combining influences of disco, jazz, funk and R&B. He swills champagne and wears a suit jacket during his performances to highlight his classy persona.

The Downtown Durango Balloon Glow takes place Friday night on the 500 block of Main Ave. Hot air balloons will light up the downtown sky in front of the Train Depot. If you arrive at 6 p.m., you can see the balloons inflate. The glow itself starts around 6:30, weather permitting. They’ll light up the night until 7:30. It’s a great chance for families to see  the pilots in action up close and personal.

The Raven Narratives live storytelling event opens at the Durango Arts Center with the theme of “Belonging” at 7:30 p.m. Saturday. Tickets are available at Maria’s Bookshop and ravennarratives.org.

There’s still two days to get in on the madness of KDUR’s Fall Membership Drive, which ends Friday. Community Radio is a valuable resource for all of us. No group does more to promote our vibrant local music and arts scene than Liggy and his minions at KDUR. Toss a few bucks KDUR’s way by calling 970-247-7262 or visiting KDUR.org.

The best thing I heard this week is the latest from Whitey Morgan & the 78’s, “Hard Times and White Lines.” The pride of Flint, Mich., Morgan is a rare outlaw country guy from the Upper Midwest, yet his vocals and arrangements harken back to the golden age of the genre when Waylon Jennings, David Allan Coe and Johnny Paycheck ruled the roost. Rowdy numbers like “Bourbon and the Blues” and a cover of ZZ Top’s “Just Got Paid” are initial standout cuts, but introspective tracks like “What am I Supposed to Do” and “Tired of the Rain” show a softer side, influenced as much by Seger, Springsteen and Mellencamp as by Hank and Lefty.

I cut back, heard it crack? Email me at chrisa@gobrainstorm.net