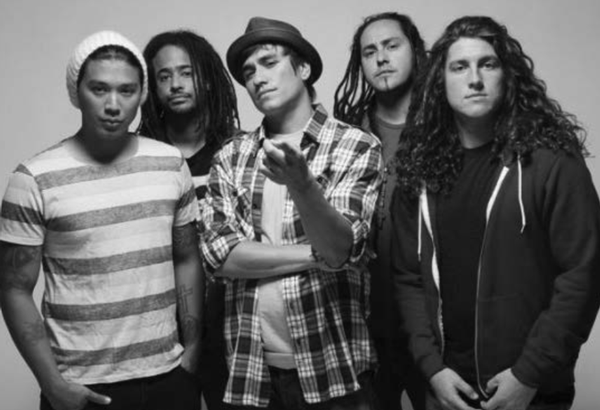 Every once in a while, a group that you’ve never heard of plays a local venue, and you regret not seeing them. This week presents one such band. Bluegrass duo Growling Old Men will play the Henry Strater Theatre at 7:30 p.m. Monday in a coproduction between the Durango Bluegrass Meltdown and the Hank. Featuring mandolin player Ben Winship and guitarist John Lowell, the Growling Old Men play in the classic bluegrass “brother duet” style of the Monroes, Stanleys and Louvins. Winship is no stranger to Durango-area bluegrass fans, having played the Telluride Bluegrass Festival and the old Silverton Jubilee back in the ’90s with his former band, Loose Ties. Loose Ties won Telluride’s second-ever band competition in 1986 – the year they formed. I’m particularly fond of their 1991 release, “Up & Down the Highway.” Since the group’s breakup in 1996, Winship has formed a number of bands, including Brother Mule and the Fishing Music Band and has released a handful of solo recordings. Lowell has been in such groups as Wheel Hoss and Kane’s River, in addition to being an in-demand songwriter and flatpicking guitarist. As Growling Old Men, they’ve released four albums.

Head for the Hills is in it for the long haul and returns to the Animas City Theatre at 9 p.m. Friday (doors at 8). The Fort Collins jamgrass group has built a strong following, much in the vein of Leftover Salmon and Yonder Mountain String Band. Since forming as freshmen at Colorado State University in 2003, they’ve played nearly every major festival west of the Mississippi, including Telluride Bluegrass, RockyGrass, High Sierra, Wakarusa and even South by Southwest. Their music fuses bluegrass, jazz, indie rock and hip-hop (fiddler Joe Lessard is also a founding member of the alternative hip-hop act Whiskey Blanket). Get there early: opening act the Sweet Lillies are making a splash in the Colorado music scene and have a pair of CDs out, including their recent effort, “A Lighter Hue.”

Reggae comes to the ACT Saturday night when Tomorrow’s Bad Seeds, one of the leading new school acts from L.A., holds court. Formed in 2004, the Seeds were influenced by a host of SoCal sounds, including reggae, rock and pop. From the B-Boy streets of the hood to surf/skate culture, the quartet emerged as a multicultural phenomenon. They’ve shared stages with the likes of UB40, Fishbone, Smashing Pumpkins and the Wailers. Opening act Project 432 is a Denver-based funk hip-hop group with a rock & roll drive. Doors open at 8 p.m., music at 9.

One of the nation’s oldest comedy troupes, the Second City, returns to the Community Concert Hall at 7:30 p.m. tonight (Thurs., Jan. 24). Launched in Chicago’s Old Town neighborhood in 1959, the format has remained consistent: a mix of semi-improvised and scripted scenes, including new improv material based on audience suggestions. Some of the biggest names in comedy launched their careers with Second City, including John Belushi, Dan Akryoyd, Bill Murray, Tina Fey, Stephen Colbert, Mike Myers and Steve Carrell.

Then there’s that bacchanalian orgy unique to these parts, Snowdown. The 41st incarnation of Durango’s winter carnival gets rolling Wednesday, but what the hell? Why not start now? This year’s theme is an easy one: Get Your Comic On. Some of Wednesday’s highlights include Fashion Do’s and Don’ts (11:15 a.m. at the Fairgrounds, with a 2 p.m. afterparty at the Derailed Pour House); the 41st annual Snowdown Bartender’s Contest (4:30 p.m., the Starlight); the opening round of the Magical Musical Mystery Tour (6 p.m., Irish Embassy Pub ... and yes, Holteen, Liggy, Bill Doherty and I plan on defending our crown);  Butt Darts (6:30 p.m., BREW Pub & Kitchen); Beer Trivia (7:45 p.m. at Carver’s); the Snowdown Jokedown (8:30 p.m., Derailed); and a lot more. Snowdown.org is a great source for schedules and event descriptions.

There’s a bit of competition for Snowdown beer. The official beer of Snowdown, of course, is Ska’s Get Your Comic Can, an excelsior-style lager. Six-packs are available at local liquor stores, as well as in frothy pints at the World Headquarters and other fine drinking establishments. The unofficial beer of Snowdown is Carvers’ Incapacitor, a Belgo-American hybrid. At 8.4 percent ABV, it’s not for the weak of liver.

This golden ale combines fruity flavors and aromas derived from Belgian yeast with the piney tastes and smells of Simcoe hops. It’s somewhere between a traditional Belgian-style tripel and an imperial American-style IPA. Rumor has it, it is dangerously drinkable.

You’d think the Lawn Chair Kings must be raising money for a new album or something. They’re certainly busy lately. The boys rock out a few blocks from the Nord’s house in Mancos from 7-10 p.m. Saturday at Mancos Brewing Co., coinciding with owner Kathy’s “Boom Town Beauty” birthday bash.

The third performance in this year’s Unitarian Universalist Fellowship concert series features Rebecca Ray (oboe) and Lisa Campi Walters (piano) at 7 p.m. Friday at the Fellowship. The program presents a delightful cross-section of contemporary repertoire for both instruments, including Hungarian folk, tango, jazz, blues and French salon music. Ray is currently principal oboist with the San Juan and Las Cruces symphonies and a tenured second chair oboe and English horn player in the Santa Fe Symphony. She also freelances on oboe and English horn with the New Mexico Philharmonic. Campi Walters is professor of piano at FLC. She also performs throughout North America and has given lectures and recitals at such venues as the Chautauqua Institute, the Scotia Festival of Music and NPR. She serves as keyboardist for the San Juan Symphony and the Southwest Civic Winds and is the pianist for the Red Shoe Trio.

Murder for freedom, a stab in the back? Email me at chrisa@go brainstorm.net.