Out of the basement, Farewell Angelina & roots reggae 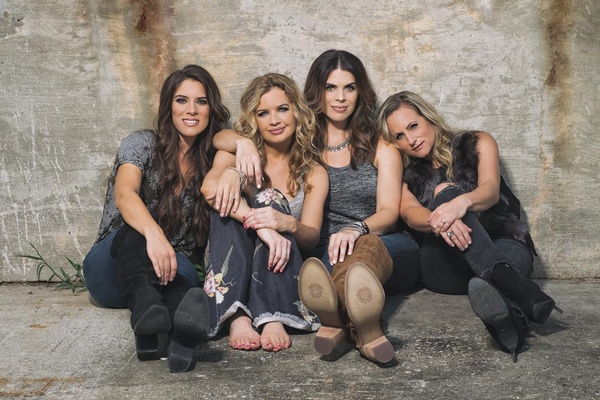 My sports den has come to life again with the Avalanche and Nuggets playing meaningful games in mid-April. My Joe Sakic and Chauncey Billups bobbleheads have their bounce back. The dust falls off the old Maxie Miner Nuggets and original Rocky Hockey pennants hanging on the walls. The Avs have a date with the President’s Trophy-winning Nashville Predators in the first round of the NHL playoffs, while Los Nugs could possibly face the uber-talented Houston Rockets (pending the outcome of last night’s Denver vs. Minnesota regular season finale, which happened after press time).

Regardless, things look bright for Colorado sports fans. No matter how quickly their seasons come to an end, the Avs and Nuggets look to be competitive for years to come, while the Rockies have one of the most dangerous lineups in baseball, regardless of early-season doldrums. And after watching two seasons of embarrassing quarterback play, the Broncos show signs of life with last month’s free agent signing of Case Keenum and the No. 5 pick in the draft.

If sports aren’t you bag, there’s still plenty of entertainment in Durango mid-month.

The Community Concert Hall brings the up-and-coming country quartet Farewell Angelina to its stage at 7:30 p.m. Saturday. A band of longtime friends, Nicole Witt, Andrea Young, Lisa Torres and Lauren Lucas all met while pursuing their dreams in Nashville. While they were launching solo careers, touring and recording with top artists and writing songs for some of country music’s biggest hitmakers, they wound up singing together and magic happened. Before they knew it, they were singing the national anthem on Thursday Night Football, playing the Unbridled Eve Gala at the Kentucky Derby and performing at such events as The Trails West Festival. Since the release of their eponymous debut EP (the band’s name, incidentally, is taken from the names of a 1965 album by Joan Baez) they’ve opened shows for the likes of Kenny Chesney and Trace Adkins, while garnering critical praise. “Wickedly smart songwriting delivered with a healthy dash of sass,” noted Rolling Stone, which also complimented their deft playing while summarizing them as “one sonic knockout punch.” The Cannondolls open.

Roots reggae takes center stage at the Animas City Theatre at 8:30 tonight (Thurs., April 12) with the Los Angeles-based revivalists, the Expanders. The quintet is comprised of John Asher (drums, vocals), John Butcher (guitar, vocals), Roy Fishell (organ), Chiquis Lozoya (bass, vocals) and Devin Morrison (guitar, vocals) and makes critics and fans alike take notice of their revitalization of the golden era of reggae. While most of their contemporaries delve into the rock reggae style, few have built their sound around classic ’70s and early ’80s roots reggae, with three-part harmonies, conscious songwriting and an indie DIY spirit. The Expanders found their groove on their third album, “Hustling Culture,” which was released in 2015. “Our first album was a collection of music from good friends making a record together,” noted Morrison. “Our second was a great covers album, but ‘Hustling Culture’ is the band coming into its own with our own songwriting and musicianship.” They’ve since released “Old

Time Something Come Back Again Vol. 2,” which rose to the top of Billboard’s reggae charts. Also on the bill is Atlantic City’s Sensamotion, a new roots reggae and dubfire rock outfit. They’ve shared the stage with such acts as The Wailers, Matisyahu and Israel Vibration. Dubbest opens the evening.

There’s one more chance to catch the San Juan Symphony’s Youth Orchestras, as they’ll be at the Community Concert Hall at 7 p.m. Monday.

The Met: Live in HD continues at 10:30 a.m. in the Vallecito Room of the FLC Student Union with a screening of Verdi’s forgotten gem, “Luisa Miller.” Placido Domingo adds yet another role to his legendary Met career in this heart-wrenching tragedy of fatherly love. Sonya Yoncheva sings the title role of Piotr Beczala in her first Met performance of the opera in more than 10 years. Bertrand de Billy conducts. Run time is nearly three-and-a-half hours, with two intermissions.

BREW Pub & Kitchen is pushing portable pints this month. Save a buck on refillable pints in souvenir branded mason jars or two bucks on 64-oz. growlers. I personally love it when their mascot, Ewan, winks at me in between pulls. Fill my pint with my namesake, Chris, please. It’s a big, winsome, over-the-top, dirty Belgian IPA that I’ve enjoyed on tap in the brewery and at home in growlers and my refillable pint glass. Kelley, an Irish stout jammed with malty goodness, and Greg, a Ko?lsch that has just the right amount of earthy stank, are other choices this month.

Of note: the Black Velvet duo plays the Ska Brewing World Headquarters at 5 p.m. today, the Derailed Pour House at 7 p.m. Friday and Digs Restaurant in Three Springs at 5:30 p.m. Saturday; and the StillHouse Junkies continue their residency at Durango Craft Spirits at 5:30 p.m. Friday.

The best thing I’ve heard this week is the latest from the James Hunter Six, “Whatever It Takes.” The longtime British R&B singer/guitarist steps into groovy lounge territory on this collection. The twin saxophones of Lee Badau and Damian Hand are jazzier than in previous Hunter Six records like “Hold On!” and “Minute by Minute,” while keyboardist Andrew Kingslow is allowed to shine. Hunter’s vocals have rarely been this soulful. Fire up the lava lamp, turn the lights down low and spin back in time to the ’50s and ’60s. Herb Alpert would be proud!

He drank beer out of a mason jar? Email me at chrisa@gobrainstorm.net