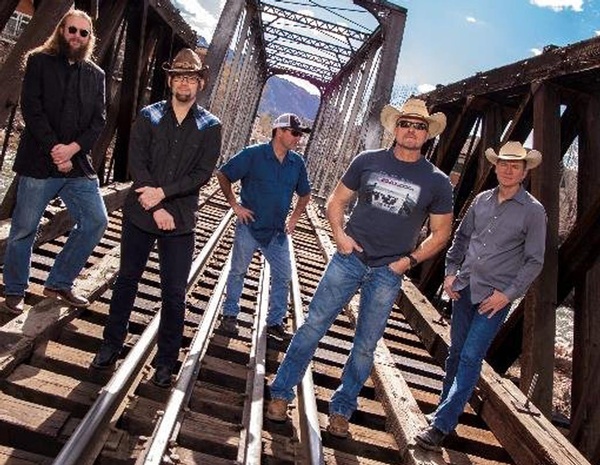 This Independence Day, we find ourselves a nation divided ... perhaps more than any time since the Civil War. One side of the aisle fights for freedoms of the intrinsic kind: the environment, equality and such. The other fights for different kinds of freedoms: namely, freedom from taxes and regulations. Somewhere in the last decade, the extreme sides of the left and right moved to Occupy and Tea Party movements, respectively. Civility took a backseat to hyper-vigilantism.

On this Fourth of July, I’ll proudly wave Old Glory, eat some hot dogs, drink a cold beer or three, and celebrate with people from all political viewpoints ... some friends, some strangers. It’s the Fourth, dad-gummit. Pass me the mustard and another PBR.

The City of Durango pulls out all the stops. Here are some of my favorites:

• Rotary Club of Durango’s All-American Gourmet Breakfast, 7:30-11 a.m., Rotary Park. A belly full of pancakes and sausage is a good start to the day.

• Family Fun Picnic in the Park, noon-5 p.m., Buckley Park. There’s live entertainment by The Assortment and others, kids’ games, and more.

• Southwest Civic Winds concert, 3-5 p.m., Rotary Park. The jazz band starts things up at 3, followed by the concert band at 4.

• Stars & Stripes Parade, 6 p.m., Main Ave. Cowboys, floats, fire trucks and more. Lots of flag-wavin’ opportunities, too. I think my boy Otto and some of his Durango Youth Baseball pals will march down main in their uniforms. Go Cubbies! Rumor has it that Jack Llewellyn will be your parade emcee and a panel of young ‘uns will judge the floats.

• Salute to America Fireworks, 9:15 p.m. They shoot these things off up in the cemetery, so simply look up in the sky. The City of Durango and the Durango Fire Protection District have teamed up and promise the biggest display ever over the D-Town skies.

Other communities have their own special events planned. Take Silverton, for example. If you’ve never heard the fireworks echo off 14,000-foot peaks, it’s something you should try. Last year’s celebration was sobering in that a young teen from Durango nearly drank himself to death. Some locals have taken to Durango-shaming over this, as flocks of underage drinkers head for the hills where they think they’re safe to booze. Guess what? There’s a zero-tolerance policy for such antics this year. Family fun is the focus, and highlights include the parade that wanders

up and down Greene and Blair streets at 10:30, the water fight that follows it, a carnival and brass band concert at Memorial Park from noon ‘til 4 p.m., a block party on Greene St. from 6-9 p.m. and, of course, the best fireworks display around. One bummer: No International Rhubarb Festival this year. It was always my favorite event.

I’ll regress to sound like an infomercial ... but wait, there’s more! The free Concerts @ the Park series continues at 5:30 tonight (Thurs., June 29) in Buckley Park with one of my favorite bands: Denver’s Halden Wofford & the Hi*Beams. These guys have been spicing up vintage honky-tonk for 17 years. Powered by the high-energy antics of lead singer and front-man Halden Wofford, multi-instrumental virtuoso Greg Schochet, steel guitar wizard Bret Billings, and the Johnny Cash-styled thumpety-thump-thump of bassist Ben O’Connor and drummer Damon Smith, these guys mix Bakersfield-style honky-tonk, Western swing, psychedelic country-rock and original, inspired lyrics

with covers ranging from the Grateful Dead to Hank Williams. An added bonus: they’ve got a brand-new album, their sixth: “Missing Link.” These free shows are always fun. The Hi*Beams are a must.

Larry Carver’s old Bay Area rock band, Void Where Prohibited, has its annual residence at area bars this week. They’ll crank out the classics at the Balcony at 5:30 p.m. Friday (Ben Gibson joins them that night), at the Derailed Pour House at 8 p.m. Sa urday and at Vallecito’s Rusty Shovel Saloon at 7 p.m. Sunday.

If you’re planning a long weekend up in Telluride, don’t miss the Dirty Dozen Brass Band at the Sheridan Opera House at 9 p.m. Saturday. Dirty Dozen celebrates its 40th anniversary this year, and are among the forefathers of the New Orleans brass band and second line scene.

And speaking of Telluride, the Ride Festival is just a week away. Sure, it’s mostly a Saturday & Sunday affair on July 8-9. But just this week, Todd Creel and his staff announced a free show to kick off the festival on Thurs., July 6: Beck at the Palm Theatre. It’s open only to wristbanded pass holders, so if you’re planning on heading up to see Beck, Ben Harper & the Innocent Criminals, Rival Sons, the Marcus King Band and others in Town Park, you might want to get your butt into the Palm on Thursday.

In the time of chimpanzees, I was a monkey? Email me at chrisa@gobrainstorm.net.