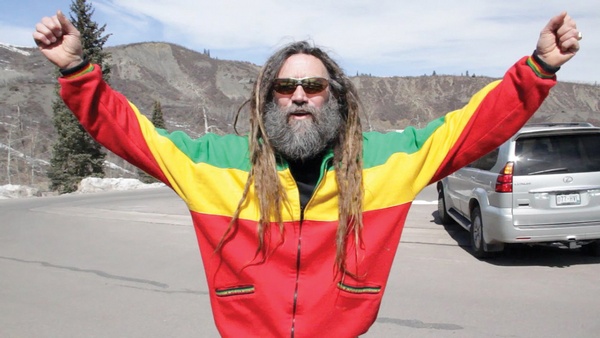 A fund-raiser for local muisc producer Rasta Stevie, who is undergoing cancer treatment, will be held this Saturday featuring auctions and live bands.

The Colorado bluegrass community lost an icon Monday when former Yonder Mountain String Band mandolin player and lead singer Jeff Austin died after several days on life support. I awoke to the third morning of Telluride Bluegrass to hushed whispers from friends that Austin had died. A quick check of social media had plenty of rumors about it, with claims he’d committed suicide or overdosed. Some musician friends confirmed that something had happened, but that they couldn’t share details.

When Yonder took the stage Saturday, Telluride was already in a somber mood. The freak storm that moved across Colorado on the first day of summer had dumped rain, hail, sleet and even snow on festivarians for hours. And, of course, we’d all heard variations of the tragic news. Bassist Ben Kauffman grabbed the microphone and said, “We’re Yonder Mountain String Band, and we’re going to play some music for you.” The applause was faint as Kauffman’s voice was already cracking.

Five years ago, Austin and his three musical brothers parted ways. It was called an “amicable” split by their respective camps, and Yonder replaced him with virtuoso mandolin player Jacob Jolliff and soulful fiddler Allie Kral. Austin recorded a powerful solo album, “The Simple Truth,” and formed the Jeff Austin Band with top pickers from the Colorado newgrass community and beyond. Even if tensions seemed to exist between the two camps, Yonder Kinfolk now had two energetic bands to follow.

A few songs into Saturday’s set, Kauffman again addressed the crowd. He told us that 20 years ago, he, Adam Aijala, Dave Johnston and Jeff Austin played their first Telluride Bluegrass set. In what should have been a celebratory anniversary for the band, instead, they wept. Kauffman asked the crowd to pray, send love and energy, or do whatever we could for Austin, who “was still with us” at the time. They proceeded to jam the rest of the show, dipping deep into the old Yonder well from the 15 years that Austin was a member of the group. Others joined them onstage, including Tim O’Brien, members of Greensky Bluegrass, and Yonder’s old songwriting partner and former Durango resident, Benny “Burle” Galloway.

“Remembering the incredible times and magical moments puts us at a profound loss for words,” the band posted today. “While we honor his memory, we will continue to pray for his family and for the journey they now face without him.” They also included a link to a Sweet Relief page set up to raise money for his medical expenses.

I didn’t know Jeff well, but I’d met him several times. I once smuggled a keg of beer backstage to one of Yonder’s shows that I’d helped produce. I saw him join the Larry Keel Experience at the old Abbey Theatre. He bought cookies from my boy in front of the Camel’s Garden while autographing young Peter Spencer’s mandolin. And I had the pleasure of interviewing him once on the air, when the Jeff Austin Band did an acoustic performance at KSUT. I always found Jeff to be friendly, outgoing and more than willing to crow about his beloved Chicago Cubs.

There’s a hole in my musical heart today. It’s only grown bigger since first hearing the rumors on Saturday. If you know someone who needs help, please be there for them.

Saturday is Reggae Day for Rasta Stevie, with events taking place at a variety of venues across Durango. The 11th Street Station hosts music from noon ‘til 7 p.m., including DJs Codestar, Skinny Danger, JahMek, Blood Preshah, Riddim Pusher, Revelation’s Healing of the Nation and Inner Orbit Sound System. Then, from 8 ‘til 12:30 a.m., the Animas City Theatre hosts Niceness, Mister Kali, Gracie Bassie and Blood Preshah. A live and silent auction will also be held for more than 100 items, include  VIP tickets to The Ride and Roots Rock Equinox, haircuts, gift cards to local restaurants, organic produce, artwork, jewelry and much more. Businesses that play reggae that day will also have tip jars out to raise additional funds.

Rasta Stevie is a former Telluride City Council member who is currently the longest-standing DJ at KDUR, where he’s spun reggae for decades on Friday nights. He’s also an activist, herbsman,  organic farmer, skier and general lover of life. Rasta is fighting HPV caused squamous cell carcinoma, which has created a huge debt beyond his insurance coverage.

KSUT has gone all crazy this week, starting yesterday (Wed., June 26) with a sold-out Patty Griffin/Carrie Rodriguez twin bill at the Community Concert Hall. They also have a sold-out co-production with the Concert Hall at 7:30 p.m. Friday when Lucinda Williams & Buick 6 come to town. Williams is on tour celebrating the 20th anniversary of her masterpiece, “Car Wheels on a Gravel Road.” She’ll kick off the show by playing each track from that record in sequence before launching into a second set that features songs from throughout her storied career. Sorry, this one sold out in less than 30 hours last month.

Tickets still remain for KSUT’s third concert of the week: the Black Lillies at 7:30 p.m. tonight (Thurs., June 27) at the Henry Strater Theatre. The Black Lillies are regulars in these parts. In fact, this week’s show marks the third year in a row they’ve played KSUT’s concert series. The band has undergone an evolution in recent years. When they formed a decade ago, they were primarily a vehicle for the lush lyrics of leader and frontman Cruz Contreras. Early albums like “Whiskey Angel” and “100 Miles of Wreckage” were Americana and alt-country gems. Harder rockers began to creep in on their next two discs, “Runaway Freeway Blues” and “Hard to Please,” which are my personal favorites. Lineup shifts hit the band and Contreras and company stripped down to their rock & roll roots for last year’s “Stranger to Me,” which strays into indie rock territory while allowing bassist Sam Quinn to take on new responsibilities as a lead singer and songwriter. Not that songwriting was alien to Quinn – he’s a veteran of 1,000 Americana wars with his former band, The Everybodyfields. Durango’s own StillHouse Junkies, fresh from their runner-up finish at the Telluride Bluegrass band competition, opens the show.

Howlin’ like a lion ’til the roar be all you hear? Email me at chrisa@gobrainstorm.net.