Four years ago, I was having trouble breathing and was unusually sluggish. After a month of stubbornness, I scheduled an appointment with my regular doctor. One listen with the stethoscope revealed a murmur. A heart surgeon confirmed the diagnosis the next day. Two days later, I was strapped into a flight-for-life helicopter and flown to Albuquerque.

I was lucky. Upon reaching Albuquerque I was stable enough to spend the next four days lying in a hospital bed in the heart ward before being cut on.

Obviously, the process was successful. But a healthy 44-year-old undergoing valve replacement is somewhat unusual. Decades ago, my mom had a series of medical conditions that raised suspicions of Marfan Syndrome. At the time, she had surgery to repair detached retinas and also had a slight heart murmur. For those unfamiliar with Marfans, it’s a genetic disorder of the connective tissue. Folks who suffer from it tend to be tall and thin with long arms, legs, fingers and toes. The eyes, lungs, bones, spinal cord coverings and, most critical, heart, are affected. 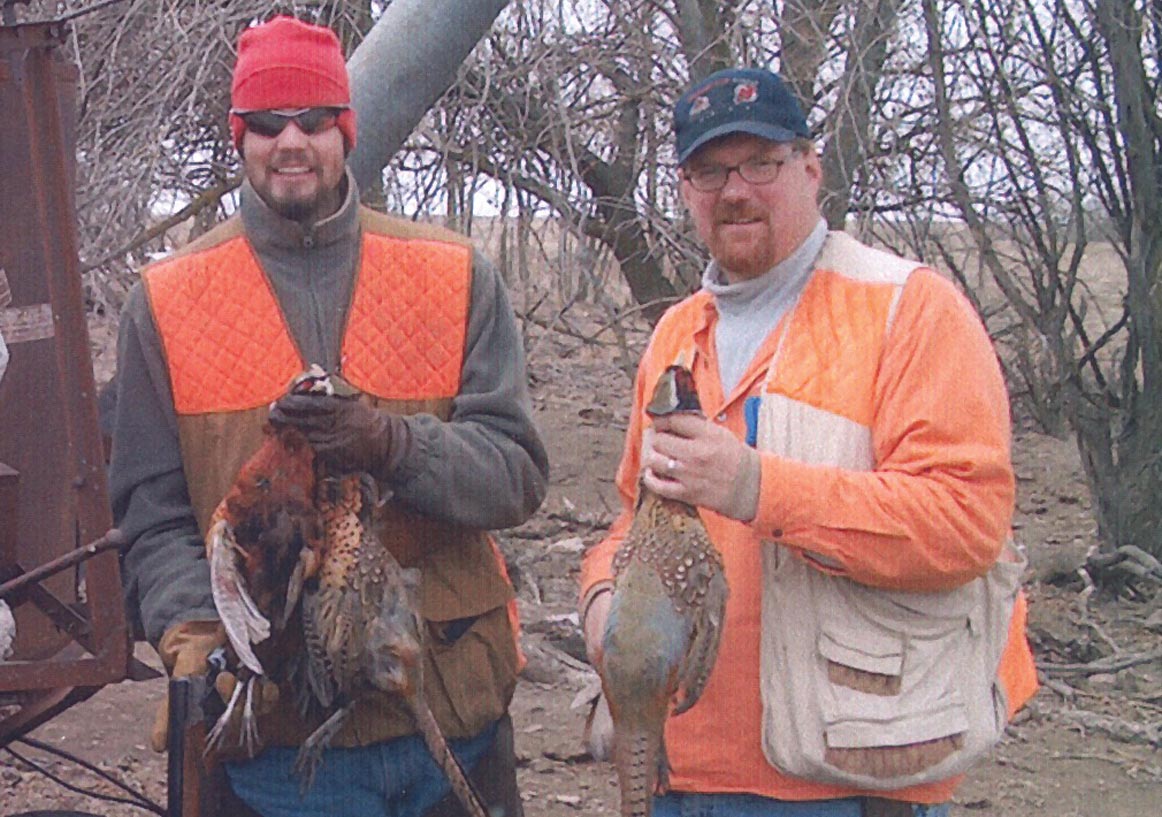 Mom fit the bill. She was six feet tall and skinny with long legs, arms and fingers.
While the doctors never diagnosed her with Marfans, they suspected it. Since there’s a 50/50 chance it’s passed on to the next generation, all three of her children had heart checkups. They found nothing, but also didn’t perform genetic tests back in the late ’80s.

Strike two for my family was my aortic valve replacement. Once again, doctors suspected something genetic, but didn’t con- firm Marfans as the culprit. I wasn’t a typical Marfans case. Yes, I had severe scoliosis ever since I was a young child. It probably cost me 2 inches in height, it’s so severe. And, of course, I had an aortic aneurysm and valve replacement. But I’m also a wide body, which is unusual for Marfans. And my legs aren’t particularly long for someone who is 6-foot-5.

Strike three was when my sister Stephanie had retinal detachment surgery. She had the surgery at approximately the same age as Mom.

Steph and her daughter, Emma, underwent genetic testing afterward and confirmed that they carry the Marfans gene.

Billy didn’t get three strikes. The youngest of us, just 32 years old, he was taken to the emergency room late Thursday afternoon because of a racing heart. Doctors immediately heard the tell-tale murmur and rushed him into surgery. Like me, he’d suffered an aortic aneurysm – his was 9 centimeters. He underwent three different procedures Thursday night and the doctors tried everything they could. Billy Raines died around 3:30 a.m. Friday morning.

I remember vividly the day Billy joined our family. I was 16 and getting ready for my first varsity basketball game at Wheat Ridge High School. Mom was in labor at Lutheran Medical Center, less than a mile away. Mom’s labor was a long one – well over 12 hours – before the two-weeks-late William Christopher Raines popped out. I was ready to ball, dressed in my warm-up top and sweats, but got to hold Billy before I drove back to the gym to join my teammates in pregame. I think I scored 12 points in the first quarter. My best friend, Jay Ernst, broke his wrist late in the fourth quarter, so many of my teammates returned to Lutheran so Jay could get his wrist set. Then we all went and saw Billy in the maternity ward.

Even though he was 16 years younger, Billy was my closest sibling. We’d talk, text or Facebook regularly – daily or every-other- day – about sports, politics, life and family, but mostly about hunting.

When Mom partnered up with Bill Raines, her old high school sweetheart, I was just 11 years old. It was 1979 and both were going through divorces. Steph and I relocated from Rifle to Denver, leaving behind the ranch life that my old step-dad (Steph’s father) and his family gave me for the suburbs. Bill Sr. and I hit it off because of a shared love of fishing. Soon, Bill passed his love of hunting on to me. Five years later, Billy came into this world.

Having a baby boy didn’t prevent us from pheasant hunting. I can recall the winter of ’85 when the whole clan packed into our pop-up camper in St. Francis, Kan., the winds howling and temperatures dipping into the teens. By the time he could walk, Billy was trudging through the fields. He was probably 10 when he started carrying a shotgun.

For the past 20 years, I’ve been Billy’s wingman in the field. He was a remarkable shot with incredible endurance. He was nearly 6-foot-7 with long legs that let him bound through the fields like a whitetail buck. I was an average shot carrying nearly 80 pounds more weight than him. But we worked as a team, through drought and blizzards, rain and snow to chase German shorthairs that were chasing pheasants and quail.

Strangely, they carried on their relationship with him after he’d divorced their daughter. They were our next door neighbors. Both died a long time ago. Rick Nelson, our neighbor across the street, had a heart attack and died young in the ’90s. Bill’s old basketball coach, Gene Ward, continued to hunt with us until his death. Mom passed three years ago. Nearly a dozen dogs – Mollie, Barney, Kota, J.J., Rex & Bourbon (twins from the same litter, born in the field on a hunting trip), Sherman, Darlene, and Luna – have departed, too. And now Billy is gone. All that’s left from our original gang are Bill Sr. and me.

Last November, Otto and I joined Billy and Bill in Norton for our annual trip. We ended our third day driving through the public hunting area near Keith Sebelius Reservoir, south of town. A few years ago, Billy spread some of Mom’s ashes there on a hill-side where the waist-high native grasses still blow in the breeze just like they did when the buffalo roamed. We took photos of the sunset to the west and the dual rainbow to the east.

Little did we know that dual rainbow would be prophetic. That afternoon, Billy said he’d like his ashes scattered there someday, so he could be with Mom. During a painful phone call to Bill this weekend, I told him this story and that it would be tough to hunt again without Billy by my side. He said I had no choice.

Let me bid you farewell? Email me at chrisa@gobrainstorm.net