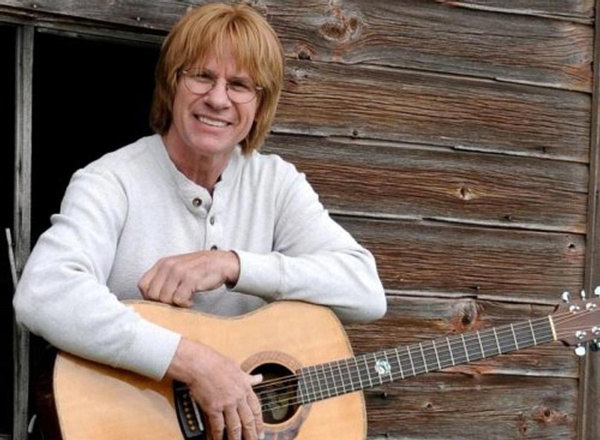 Durangoans can kick their heels up to the reincarnated sounds of John Denver tonight, Thurs., July 13, as Chris Collins and Boulder Canyon play a free show at Buckley.

Sometimes escaping the wee ones is the best medicine. Three-year-old Rosie, as cute as she might be, is a menace to the common good at festivals. The excitement of the music, dancing hippies, festival food and kids’ tent activities keep her constantly on the go. Naps for toddlers don’t come easy in Town Park or on Reservoir Hill. Thus, after having Rosie dictate poor Shelly’s and my ability to catch a favorite act or two in Pagosa and Telluride last month, I decided to haul a college buddy with me to The Ride this past weekend.

Jeff and I were a bit late leaving Durango on Saturday morning, dumping his car at a friend’s condo in Mountain Village before hauling ass on the shuttle and gondolas into Telluride. We arrived with two songs left in Maggie Koerner’s opening set. And we didn’t miss a single note the next two days, even smuggling our way into the Moon for the Marcus King Band’s late-night set.

We were pampered, too. Stashed away in the shade of the VIP tent, we lounged on couches and waited in short beer, water and port-a-potty lines. When we felt the need to dance, we’d move to the pit; when it rained, we’d dash back to cover. Complimentary Sunday brunch and Saturday afternoon happy hour fueled us and saved a dime or two.

Sans children, we were able to catch all of the festival’s intricacies, like Marcus King’s weaving of Zeppelin (“Moby Dick”) and Sabbath (“War Pigs”) into a set-closing jam, or feeling the vibe of the urban/rural, black/white Americana/soul mash-up that is Muddy Magnolias. Mostly, we rocked. Big Something was a bit of a revelation, as neither of us knew anything about their punkish energy. Rival Sons, the Temperance Movement and Rose Hill Drive were more familiar, and their sets lived up to our expectations. Jackie Greene brought the spirit of Jerry back into the valley, what with his stint in Phil & Friends on his resume. And Ben Harper and the John Butler Trio performed with the professionalism you’d expect from seasoned veterans.

But let’s face it. The Ride was all about Beck last weekend, much like 2016 was Pearl Jam’s year. I’ll admit: I’m a Beck novice. Sure, I recognized a half-dozen songs. As a young adult in the ’90s, “Loser” was one of our anthems. Beck delivered what will surely be a talked-about Town Park performance that will earn legendary status, alongside past shows by David Byrne, Robert Plant, Bob Dylan, Widespread Panic, Neil Young and, yes, the Dead itself. The light show alone was worth all the effort. The music? Second to none.

I’ll tell Rosie all about it someday.

Music in the Mountains is now in full swing, with daily events at a variety of different venues around town. Perhaps this week’s highlight is the return of virtuoso Celtic fiddler Eileen Ivers, who plays the Festival Tent at Purgatory at 7 p.m. Friday. A former member of Cherish the Ladies, Ivers has become the preeminent exponent of the Irish fiddle in the world today. The Washington Post called her “the future of the Celtic fiddle,” and recordings like last year’s “Beyond the Bog Road” cross over into folk, rock, bluegrass and even Cajun territory. Show up early for the show – KSUT will be serving free scoops of Cream Bean Berry ice cream from 6-7 p.m. for ticketholders. Musicinthemountains.com has a full listing of events.

Ever load up your pickup with firewood at the Western Excelsior plant in Mancos? I sure did. A couple of months ago, fire destroyed the plant and put more than 100 people out of work. This Saturday, Alpacka Raft is partnering with Mancos Food-Share, Mancos Pay it Forward and Mancos Valley Resources for the inaugural Mancos Valley River Film Festival. The festival will show a mix of films, including everything from whitewater paddling and fly fishing to kayaking and river conservation. The event starts at 6 p.m. at the Mancos Opera House. Cost is $20 in advance or $25 at the door, with proceeds benefitting those who lost their jobs due to the fire. Ska Brewing is partnering with festival promoters, and Ska sales will also help out the cause.

The Lawn Chair Kings are back to a quartet: Hap Purcell on banjo and guitar; Patrick Dressen on drums and mandolin; Dan Leek on acoustic and electric bass; and Erik Nordstrom slinging the six string. They’ll be back at Moe’s from 7-10 p.m. Friday.

The recent Lightner Creek Fire postponed Ska’s Love Your Commute Celebration ... and it’s been rescheduled for 5-7 p.m. tonight. The event is free, so bike on out to Bodo for a cold beer or two during the weekly Ska-B-Q and dance to the rock & roll of The Assortment.

Elsewhere: stuff yourself on a burger and concert featuring the Pete Giuliani Band at tonight’s Beer & a Band Night at James Ranch; the Jeff Solon Jazz Duo is at the Kennebec Cafe? at 5:30 p.m. tonight; Kirk James goes solo twice this week, first on the Dalton Ranch patio from 6-8 p.m. tonight, and then again during the free Summer Sounds series at Three Springs at 5:30 p.m. Wednesday; the Stillhouse Junkies are back at Durango Craft Spirits at 7 Friday night, playing moonshine-infused bluegrass for the drinking class; Black Velvet trio plays the Derailed Pour House at 7 p.m. Friday, while the duo works the Seven Rivers Steakhouse at the Sky Ute Casino Resort at 6 p.m. Saturday; and Hello Dollface rocks the Cyprus Cafe? at 6 p.m. Sunday.

Sleeping on a sidewalk with a Burger King crown? Email me at chrisa@gobrainstorm.net