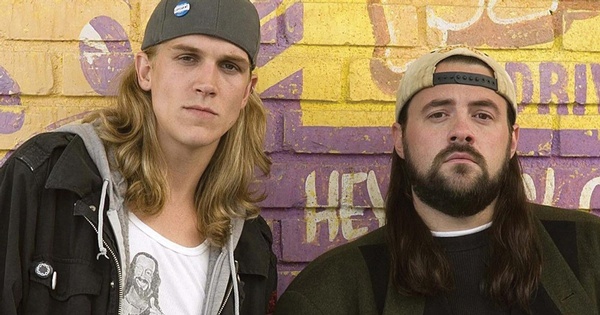 Jumpin’ Jesus, stop the presses and Roll Tide! I can finally root for the Crimson without regret in the upcoming college football playoffs. Democrat Doug Jones just beat accused pedophile Roy Moore to win Alabama’s senate seat. El Pendejo Naranjo just managed to back losing horses in two straight Alabama senate races. I want to breakdance or something. Or at least do the Charleston. And I might get the chance to do the latter. I can jump, jive and wail with Big Bad Voodoo Daddy when they bring their Wild & Swingin’ Holiday Party back to the Community Concert Hall at 7:30 p.m. Tuesday. Formed in 1992, BBVD broke bigly with a performance in the movie “Swingers.” Their fusion of classic jazz, swing, jump blues, Dixieland and big band music had just enough punk energy and alternative leanings to attract indie rock fans in the ‘90s ... much like Joe Jackson did with “Jumpin’ Jive” a decade earlier. The holiday theme has worked well for them, with a pair of Christmas releases, “Everything You Want for Christmas” and “It Feels Like Christmas Time” among their 10 albums (the latter is a personal holiday favorite in the Aaland house-hold). The zoot suit-clad band typically draws a huge crowd at the Concert Hall and the dance floor will be open. BBVD’s name was willed to them by music royalty three years before they even formed. Bandleader Scotty Moore met blues guitar legend Albert Collins, who autographed Moore’s concert poster, “To Scotty, the big bad voodoo daddy.”

Speaking of ’90s retro, Kevin Smith & Jason Mewes return to the Community Concert Hall at 7:30 p.m. Saturday with their “Jay and Silent Bob Get Old” stage show. Mewes burst onto the cinema screens in 1994 playing the grass-smoking, fast-talking, foul-mouthed and over-sexed stoner Jay in director Smith’s classic indie comedy, “Clerks.” They reprised their roles in such cult classics as “Mallrats,” “Chasing Amy,” “Dogma,” “Jay & Silent Bob Strike Back” and “Clerks 2.” Basically, if you were a twentysomething slacker in the ’90s, these guys were your generation’s Cheech & Chong. Smith launched his stage show as a podcast recorded live in front of an audience as a weekly intervention for Mewes, who is now clean and sober, but, at the time still fighting a drug addiction that had spiraled out of control. Because they delve deep into sex and drugs with profane banter, this one’s not recommended for children. If you’re heading up to Telluride to ski what little snow they have, you can also catch “Jay & Silent Bob Get Old” at 8 p.m. tonight (Thurs., Dec. 14) at the Sheridan Opera House.

The Bar D Wranglers, our local purveyors of vintage Western music, humorous cowboy poetry and tasty chuckwagon dinners, bring their Christmas Jubilee back to the Community Concert Hall stage at 7:30 p.m. tonight. Their home base, the Bar D Chuckwagon, was founded in 1969 by Cy Scarborough. Since that time, they’ve entertained more than 2.5 million guests up the Animas Valley, and performed on countless other stages across the United States. While all four members are fixtures on the Durango music scene, guitarist Gary Cook is truly a local treasure. A two-time winner of the National Flatpick Guitar Championship in Winfield, Kans., he recently stole the show at a concert by the Time Jumpers, a country & western outfit fronted by the legendary Vince Gill. Fiddler Matt Palmer is an ace in the hole, whose 5-year-old album “Fiddlin’ Around” is one of my favorite local records of all time. Bassist Joel Racheff, who holds court each Monday night and most Sundays at the Office Spiritorium, is a triple threat, keeping rhythm on his doghouse bass, singing lead on many of the Wranglers’ songs and adding comic relief. And rhythm guitarist Richard Espinosa possesses a pure voice that is often compared to Marty Robbins.

Stillwater Music hosts its Winter Wonder Bands Gala from noon ’til 5:30 Sunday. Eleven of Stillwater’s youth bands will perform and the $12 ticket includes a catered lunch from Hot Tomatoes and a chance to bid on silent auction items. The event takes place at River Bend Ranch, located 27846 Highway 550 North. All proceeds benefit Stillwater Music, which supports music education for children and adults of all ages.

The new Snowdown beer will be tapped at Ska’s World Headquarters at 5:30 p.m. Friday. This year’s brew is Pearody, a fruity, bubbly ale perfectly suited for Snowdown’s 40th anniversary Black Tie Affair. Bombers will be on liquor store shelves shortly.

Earlybird tickets have gone on sale for the two FolkWest festivals in Pagosa Springs. Buy now and save big bucks for Pagosa Folk’n Bluegrass (June 8-10) and the Four Corners Folk Festival (Aug. 31-Sept. 2). Although the big names haven’t been announced yet, there are plenty of national and regional favorites already committed. The Four Corners Folk Festival has announced Amy Helm, We Banjo 3, the Jon Stickley Trio, Front Country and Tallgrass; Folk’n Bluegrass has inked FY5, Tallgrass, the Way Down Wanderers, Bonnie & the Clydes, and Thunder & Rain.

Finally, the Animas City Theatre and Cuckoo’s Chicken House hosts Karaoke for a Cause at 6:30 p.m. Friday. The event benefits employee Gina Cottom, who is undergoing treatment for breast cancer. The venue and staff time are being donated and all tips will assist Gina and her family with medical and ongoing expenses while she’s out of work. Additionally, the Colorado Restaurant Association’s Durango Chapter will match all tips raised up to $1,000. Doors open at 6:30, with a silent auction taking place through 10 p.m. Karaoke, hosted by Chris Brophy, starts at 8:30. There’s also an option to donate online. It’s the season for giving!

This week’s Top 10 is the playlist I listened to while completing this column, still reeling from gleeful shock at the news from Alabama. Roll Tide!

Southern change gonna come at last? Email me at chrisa@gobrainstorm.net.