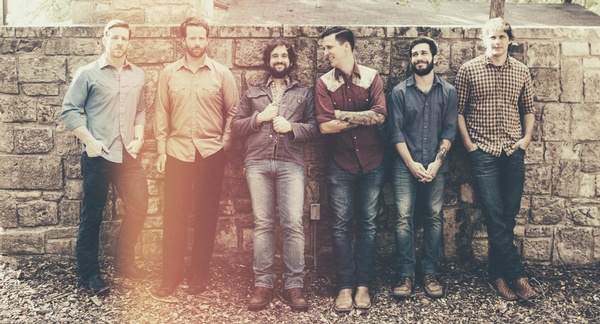 I was going to write about death and politics this week. In a few short days, we lost one of British pop’s favorite sons; Princess Leia and her mom; Father Mulcahy from M*A*S*H; and one of Durango’s most beloved schoolteachers ... one who happened to teach my son and a bunch of his friends. But I’m sick of death. And I’m sick of politics. The turmoil coming out of Congress and Trump Plaza causes my brain to ache and my heart to sink.

Instead, I’ll write about happier fare ... like opera, yoga and beer. I enjoy at least one of those three things.

The Opera Man cometh! The Met: Live in HD continues at 10:55 a.m. Saturday with endary Placido Domingo
brings a new baritone role to the Met under the baton of his longtime collaborator and Met musical director emeritus James Levin. The success of Verdi’s third opera, a stirring drama about the fall of ancient Jerusalem at the hands of
Nebuchadnezzar, catapulted the then-28-year-old composer to international fame. The music and Verdi himself
were subsumed into a surge of patriotic fervor culminating in the foundation of modern day Italy. Verdi himself considers this the opera in which his artistic career really began.

Powder is predicted for this weekend – if not in the frozen form, then certainly the booger sugar that Glenn Frey sang about hiding up in Telluride. If you’re planning an overnighter to Telluride, you can put on your ’70s folk-rock boogie shoes for Rumours: The Ultimate Fleetwood Mac Tribute Show at p.m. Friday at the Sheridan Opera House. Bandmates Taylor Locke and Ned Brower were moved after seeing a Fab Four Beatles tribute concert and decided to give similar treatment to Fleetwood Mac. Locke, the singing, keyboard-playing daughter of Joe Walsh (the Eagles guitarist, not the kooky former Illinois congressman), and Brower recruited similarly aged musicians to recreate the classic era Mac, circa 1975-79.

The secret is out! The Wall Street Journal, which has been ru- mored to move slightly more copies each week than the Telegraph, recently named Carver’s and Ska as having two of the 21 top beers that deliver a sense of place in its recently published article “Where the Beers Are: A Regional Guide to U.S. Craft Beers.” In particular, they touted the virtue of Rocky Mountain lagers. “Patagonia-clad apre?s-sportsters discuss trout size, mountain bike trails and Telemark technique over grain-forward continental lagers. Two Great American Beer Festival medal winners in the category – Carver’s Lightner Creek and Ska’s Mexican Logger – come from this town,” noted the WSJ. “I’ve always had a deep appreciation for clean European lagers,” said Carvers head brewer Patrick Jose. “It feels great to be recognized for all of our hard work.”

It’s a new month, meaning some new suds are available for sipping at BREW. Bijou is a session IPA with a copper hue and pleasant bitterness; Delilah is a super smooth porter; and Kevin is a California IPA bursting with fruit and hops. Be warned: Kevin’s a bit of a home wrecker!

It also means Steamworks is unleashing its new Firkin Friday offering, S’more Stout at 3 p.m. this week at both the 2nd Ave. brewpub and at Purgy’s beach. We all love s’mores, the tasty desserts prepared around the campfire. Roasted marshmallows and chocolate between two graham crackers. What’s not to love?

“We’ve refined the recipe and our S’more Stout is now a traditional winter treat that is delicious and very drinkable,” said brew-master Ken Martin. For the graham cracker component, they used brown sugar, pure vanilla, cinnamon, honey and molasses, tossing in some pure cocoa and marshmallow cre?me to round out the dessert flavor. Of course, it all starts with Backside Stout.

Last but not least, Raleigh, N.C., alt-country outfit American Aquarium comes to the Balcony Backstage at 8 p.m. Wed., Jan. 11. Taking their name from a Wilco song, the band has released seven albums, including 2012’s “Burn. Flicker. Die.” which was produced by none other than Jason Isbell. Since forming in 2006, the group has earned critical acclaim as well as comparisons to Whiskeytown, Lucero and even The Boss. These guys are the real deal: their 2015 release “Wolves” was financed via Kickstarter.

This week’s Top Shelf list features some of the others who have joined the usual suspects. Dozens more have yet to be announced. Bluegrass.com is your source for tickets, which usually sell out months in advance. If you need further prodding, Paste magazine recently listed Telluride Bluegrass as one of the nation’s Top 10 festivals:

1. Dierks Bentley with the Travelin’ McCourys. Dierks is a Top 40 country guy who joined McCoury for a stellar set in Telluride a few years back. I worked with Dierks’ brother-in-law, Clayton, in a past lifetime when I toiled in small college athletics. He’s a nice guy.

2. The East Pointers. This Canadian Celtic trio wowed them on Reservoir Hill last fall – especially filling in for the aforementioned Del McCoury, who was a couple hours late. The East Pointers more than ably kept the crowd at bay until Del’s arrival.

3. Elephant Revival. These guys have exploded from a regional niche band to Americana/bluegrass darlings. They’ll also play the Animas City Theatre on March 2-3.

4. Hot Rize. The newgrass pioneers are putting the gang back together for a return to the box canyon.

5. Dispatch. I don’t blame you if you have to do a little online research. I sure did. These ’90s indie folk/roots rock/reggae/ska fusion pioneers are set for a rare reunion. By rare, I mean once or twice a year.

Even operaman wouldn’t let him get to second base? Email me at chrisa@gobrainstorm.net.