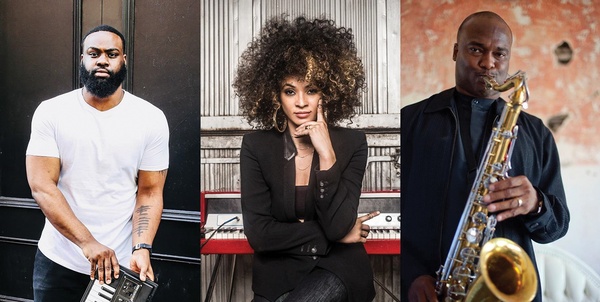 Talk about sour grapes. Don Cherry, the hockey personality known as “Grapes” for his lengthy rants on “Hockey Night in Canada,” was fired Monday by Sportsnet, the network that airs the NHL in Canada and produces his “Coach’s Corner” segment. On Saturday night, in advance of Remembrance Day (Canada’s version of Veteran’s Day), Cherry went off on recent immigrants to the Northland.

“You people that come here ... you love our way of life, you love our milk and honey, at least you can pay a couple bucks for a poppy or something like that,” he said of the British Commonwealth tradition of wearing poppies in honor of those who served and paid the ultimate sacrifice. The tradition dates back to 1915, when Lieutenant-Colonel John McCrae lost his comrade, Lieutenant Alexis Helmer, at the Battle of Ypres during the first World War. McCrae noticed a great number of poppies growing in the battlefield. He later wrote “In Flanders Fields,” one of the most famous war poems of all time.

Cherry’s wishes to honor the fallen wasn’t the problem. It was the perennial dog whistle favorite, “you people,” that sealed his fate. The two-word hot button is disparagingly used by xenophobes the world over. And xenophobic behavior isn’t new to the loudly dressed and louder-mouthed ex-coach and longtime broadcaster. He was notoriously opposed to the NHL’s influx of European-born players in the 1970s and ’80s, railing against their lack of physical play. Cherry, who in his five years as head coach of the Boston Bruins and single year at the helm of the foundering Colorado Rockies in 1979-80, preferred goons and grinders. During his lone season as head coach of the Rockies, billboards arose around Denver telling fans to “Come for the fights and watch a Rockies game break out!”

Today, European-born players represent nearly a quarter of NHL players. Many of the Canadian-born players are sons of recent immigrants. Take the Colorado Avalanche, for example. The current roster features a black French national, Pierre-Edouard Bellemare; a Canadian son of Lebanese immigrants, Nazem Kadri; and an unlikely goaltending tandem of a German (Philipp Grubauer) and a Czech (Pavel Francouz). Of the 27 players on the active roster or injured list, 17 are North Americans (nine Canadians and eight Americans). The other 10 hail from Russia (three), Finland (two), Sweden (two), Austria, the Czech Republic and Germany.

It’s a brave new world out there, Grapes. The game has changed since you skated in your one NHL game back in 1955.

Legendary Canadian folk-rocker Bruce Cockburn returns to Durango at 7:30 p.m. Saturday at the intimate Henry Strater Theatre. Tickets to this sold out a while ago, but I’ve noticed a few being offered up on Facebook. Assuming these go unclaimed, a lucky person might be able to grab them at the door. In a career spanning more than 40 years, Cockburn has written more than 300 songs for his 33 albums. Several have become iconic tunes representing certain eras – songs like “Lovers in a Dangerous Time,” “If I Had a Rocket Launcher,” “Wondering Where the Lions Are,” “Pacing the Cage” and “Last Night of the World.” Cockburn is a rare songwriter equally adept at tackling geopolitical crises and the most intimate insecurities each of us has. He’s an equally accomplished guitarist, often performing on either a vintage, metal-body National Steel or custom-made Canadian acoustic guitars by Linda Manzer, the latter with greater access to the higher frets. Many of his finest instrumentals are captured on his 2005 collection, “Speechless.” I’ve seen Cockburn live several times, including a couple in-studio performances at KSUT. It’s worth the effort to track down a ticket to this one.

Three contemporary jazz artists on the legendary Blue Note label will perform at the Farmington Civic Center at 7:30 p.m. Friday – Kandace Springs, James Francies and the James Carter Organ Trio. The stop is part of the Blue Note 80th Anniversary Tour. Springs is a Nashville-based singer and pianist who will release her third Blue Note album, “The Women Who Raised Me,” in early 2020. Rolling Stone noted that Springs “recalls an era when the boundaries between jazz, soul and pop were more fluid.” Francies is a Houston-born pianist and composer who has played with a who’s who of jazz, R&B and hip-hop Pat Metheny, Lauryn Hill, the Roots, Common and Nas. Carter is a Detroit saxophonist who has reinvented Django Reinhardt. The New York Times calls him “one of the most charismatic and powerful soloists in jazz.”

Ska Brewing celebrates the upcoming snow season with its 15th annual Ska/Venture Season Kickoff Party from 6-8 p.m. Friday at the World Headquarters. The event serves as the official release of Ska Face, a barrel-aged barleywine (pair it with candied nuts and Stilton cheese – a tip from Ska founder Dave Thibodeau). It also includes a giveaway of a limited-edition Ska/Venture snowboard, a trip with Silverton Powdercats, Purgatory and Wolf Creek passes, silent auction and the final 2019 appearance of Farmington Hill.

The Durango Youth Symphony holds its fall concert at 7 p.m. Tuesday at the Community Concert Hall. They’ll perform selections by Grieg, Bach and Verdi under the direction of music director Savra Siverson, who is a nationally known conductor and music educator with more than 26 years of experience with young musicians. Molly Jensen directs the Junior Strings ensemble, which will tackle Handel’s “Menuet,” Faure’s “Pie Jesu from Requiem” and “Trepack” from Tchaikovsky’s holiday classic, “Nutcracker.”

More good stuff: Brennan Mackey, best known as a member of Denver Americana band King Cardinal, plays Ska at 5 tonight (Thurs., Nov. 14); Tim Sullivan returns to The Office Spiritorium at 5:30 tonight; the Black Velvet trio goes Down the Rabbit Hole at 6 p.m. Saturday; the Garrett Young Collective gets rowdy at The Garage at 7 p.m. Saturday; and Joel Racheff is back at The Office at 7 p.m. Sunday.

Your old road is rapidly aging? Email me at chrisa@gobrainstorm.net.