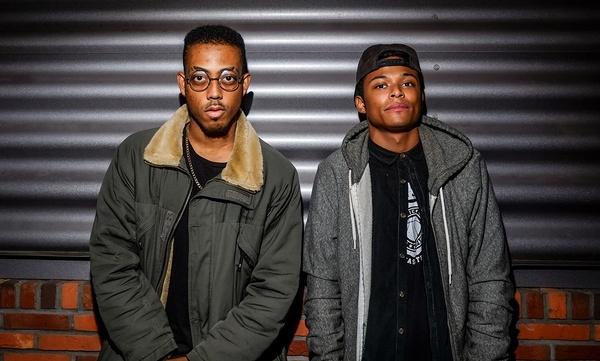 Longtime world music favorites Euforquestra return to the Animas City Theatre at 9:30 p.m. Saturday. Their ever-evolving sound is influenced by music from all over the world, with an emphasis on funk, pocket and groove. Soul, Afrobeat, reggae and dub are added to the mix. Their fifth LP, “Fire,” was produced by Kyle Hollingsworth of the String Cheese Incident and has been a favorite on community and public radio for the past few years. PJ Moon & the Swappers are also on the bill.

The ACT pushes the boundaries of bass, grime and hip-hop with Stooki Sound at 10 p.m. Friday. Comprised of DJ Lukey and Jelacee, Stooki is a London duo that has embraced the elements of sound, vision and play. They’ve toured the world, are launching their own O.N.E. Worldwide record label, and are releasing their seven-track “Osiris” EP, which adds trap and electronica to the mix. “Osiris” is also Jelacee’s debut as lead vocalist. Scoffa & Snarky and Brain Spiders open.

The ACT and Prohibition Herb throw down with Zion I, Casual, Z-Man, True Justice, Vocab Slick, Save1 and DT the Artist at 9 p.m. Tuesday. The event is part of the fifth annual Slap Frost Tour. Doors open at 8:30.

Jazz on the Hill once again features the dynamic vocalist Storm Large at 7:30 p.m. Saturday at the Community Concert Hall. She’s been called a “remarkably original singer with a pedigree that goes from rock to torch in rueful heartbeat.” The event is a fundraiser for the Russ & Bette Serzen Endowment Fund for Concert Hall operations. It kicks off with a gourmet dinner in the Concert Hall courtyard at 6 p.m. and is followed by the show at 7:30 p.m. and a dessert “afterglow” with the artists. The full meal deal costs $140, but concert-only tickets are also available.

For the 11th year in a row, the Rocky Horror Show returns to the Henry Strater Theatre. This is a fun tradition, but there are rules that will be strictly enforced. While costumes are encouraged, weapons – real or fake – are banned. This means leave swords, knives, guns, staffs, etc. at home. Also, full face masks that obscure identity or vision are forbidden. Also banned are outside things to throw at the stage, including rolls of toilet paper and bread. Instead, “goody bags” full of all the needed props for the show will be sold. Screenings include 8 p.m. Friday, 7 and 10 p.m. Saturday, 8 p.m. Sunday and 8 p.m. on Halloween.

Grab your ghouls and come out for a haunting good time at the Durango Arts Center’s DRAGula from 8:30-10 p.m. Saturday. Scarlett Ultra will host some of the Four Corners’ best drag performers. Don’t forget to dress up for the costume contest.

The Durango Elks Lodge gets in on Halloween fun with the Nightmare on Elk Street haunted house. Get spooked between 6 and 10 p.m. Friday, Saturday and Halloween night. There’s also a less scary young kids’ version from noon ’til 3 Saturday.

For those of you wanting one last harvest from the Durango Farmers Market, Saturday is your day. Get your groceries starting at 9 a.m. at the TBK Bank parking lot (formerly First National).

The latest installment of Erik & Friends finds the Nord picking and grinning with Bruce Allsopp from 5-7 p.m. Sunday at the Fenceline Cidery in Mancos. “Bruce is a masterful guitarist and singer with excellent musical tastes,” Nordstrom said. “He learned banjo and guitar at an early age, and he was active in the bluegrass/jam scene of Boulder in the 1980s and ’90s.” More recently, Allsopp acquired a National steel guitar, which reignited his passion for playing live music. He’s a veteran of several local bluegrass acts, including the Badly Bent and Still-House Junkies. Yonder Mountain String Band recorded one of his tunes, “Hill Country Girl,” back on their “Old Hands” record with Benny “Burle” Galloway back in 2003.

Remember all those great shows at the Rico Theatre some 20 years ago? Live music returns to that sleepy little hippie town halfway between Dolores and Telluride when Billy and the Kid keep the blues alive at The Enterprise at 9 p.m. Saturday. It’ll give you the chance to catch up with Durango ex-pat Jack Tallmadge, who now lives in Cortez and performs with the group.

Over in Bayfield, the Be Frank Foundation hosts its sixth annual family block party and concert event – Frank N’ Stein – from noon ‘til 6 p.m. Saturday. Attendees get to sample some of Bottom Shelf Brewery’s finest ale in a souvenir stein while knowing they’re supporting music education programs through the purchasing of instruments and supplies, paying instructors, sponsoring kids’ scholarships and more. It’s Be Frank’s goal to make music education affordable for every La Plata County student.

The Met: Live in HD continues its season at 10:55 a.m. Saturday in the Vallecito Room of the FLC Student Union with Giacomo Puccini’s “La Fanciulla del West.” Run time is approximately 3.5 hours, with two intermissions. Known as Puccini’s “American” opera, “Fanciulla” premiered in 1910 and is based on David Belasco’s play, “The Girl of the Golden West.” The opera unfolds in the mountains of California during the Gold Rush.

The best thing I heard this week is “Life in the City,” the latest album by the Brooklyn-based, nine-piece funk army known as Turkuaz. It reminds me a lot of recent efforts by the Motet, albeit less jammy and jazzy and more, well, funky. Feel-good, ’70s disco flare-ups like “Superstatic,” “Fight the Fire” and the title track take the listener back to Studio 54, circa 1978.

Gonna get a big dish of beef chow mein? Email me at chrisa@gobrainstorm.net