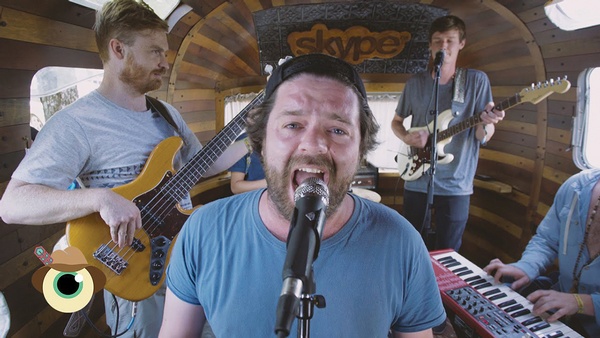 I’ve been glued to my television the past two nights as Ken Burns’ “Country Music” miniseries airs on PBS. Like any Burns epic, this one’s a bit tedious, with eight episodes that each run two hours in length. Much like “The Civil War,” “Baseball,” “Jazz” and “The Vietnam War,” it’s filled with interviews, live footage, historical anecdotes and focuses on how the subject at hand changed America.

It’s no doubt one of my passions is American roots music in general, country and its assorted subgenres in particular. I’ve forged a career in radio broadcasting, journalism and concert production because of this passion. For a dozen years on KDUR, I hosted “Cask Strength,” which featured what my old on-air partner Nathaniel Miller called “High-Test Western” ... a mix of classic country, edgy alt-country, twangy singer/songwriters and, to a lesser extent, bluegrass. In 2013, I landed at KSUT and left behind the freeform Cask days to script and produce the weekly “Tales of the New West” around a theme, which is quickly approaching its 300th episode.

For the past five years, I’ve devoured country music history, reading every book, magazine article and online blog that I could in preparation for that week’s production. My research was the equivalent of a bachelor’s degree. Burns’ series is the doctorate.

The first episode, titled “The Rub,” dives into the first generation of country music in the 1920s and early ’30s. “The Rub” is essentially where Appalachian fiddle tunes meet African-American blues and Southern gospel. Black and white musicians learned from one another, crafting new sounds and tunes out of centuries-old traditions brought to America from Europe and Africa. Out of this came the Carter Family and Jimmie Rodgers. The Carters were steeped in the church, while Rodgers rose out of the barrooms. A new medium, radio, started around the same time and programmers soon found that old-timey music appealed to the masses, enabling them to peddle their goods and wares over the airwaves.

The next episode, “Hard Times,” delves into the Great Depression and World War II. Hillbilly music, as country was called back then, exploded. Bob Wills & his Texas Playboys added jazz and swing to the mix, along with drums, horns and an electric pedal steel guitar. Gene Autry and Roy Rogers became Hollywood leading men, forging a new genre called Western that romanticized Old West cowboys, even if it was rooted more in comic book depictions than in actual Western history. The rise of the silver screen gave them a new platform.

Future episodes will focus on Hank Williams, country-rock, outlaw country and other topics, if the episode titles (“The Hillbilly Shakespeare,” “Will the Circle Be Unbroken?” and “Are You Sure Hank Done It This Way?”) are any indication.

Country music – and I’m not talking about the cookie cutter Top 40 swill that commercial radio spits out – is American music. It robbed from blues and jazz, learned from string band pioneers, and spawned rock & roll and other forms. The characters who pioneered the genre came from farms, ranches, backwood hollers and blue collar factories. Most didn’t have a pot to piss in. But they wrote from their hearts.

We’re fortunate in the San Juans to have a music scene that continues this tradition. Our festivals are based in roots music – Telluride Bluegrass, Four Corners Folk Festival, Durango Bluegrass Meltdown, Telluride Blues & Brews and the like. Several of our favorite radio stations – KSUT, KDUR, KOTO and KSJD – play the music of the artists who come through the region with regularity. Our bars and music venues are filled with open mic nights and local bands plying their craft.

The ACT hosts the finale of its Battle of the Bands at 9:30 p.m. Saturday, with Diabolical Sound Platoon, Versa Vise and Profetic Calaveras. One of them will walk away with $1,000 in cash.

KSUT’s Fall Membership Drive runs Monday through Thursday, Sept. 23-26. One lucky listener will win a trip for two aboard Delbert McClinton’s Sandy Beaches XXVI cruise from Jan. 11-18. The station foots the majority of the costs, including airfare to and from Durango, a cabin for two, port taxes, daily gratuities and lodging in Fort Lauderdale before and after the cruise. Dozens of blues, rock and Americana artists will be onboard, including the Mavericks, Marcia Ball, Shinyribs, Rev. Peyton’s Big Damn Band and, of course, Delbert himself. The grand prize drawing is at 6 p.m. Thursday. Day prizes will also be drawn Monday through Wednesday.

The coming year will be a big one for KSUT. Not only will the station move into its new Ignacio studios at the Eddie Box Media Center sometime in late winter or early spring, but it will take over the Four Corners Folk Festival and Pagosa Folk’n Bluegrass from FolkWest on Oct. 1. Support for the station not only ensures national, regional and local music and news programming but the continuation of the success of Pagosa festivals and the station’s own local music series.