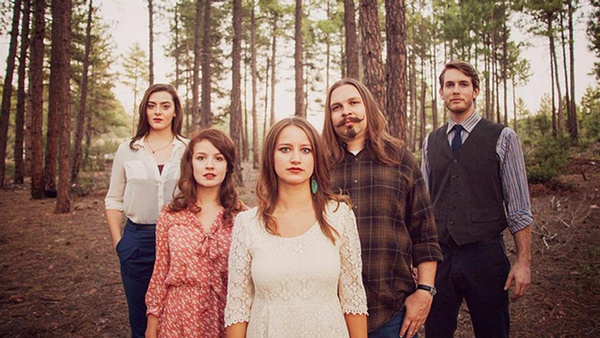 Full-contact festivating began early this morning, probably well before you picked up this week’s Durango Telegraph. That’s because the 44th annual Telluride Bluegrass Festival took over Town Park today and Chris Thile strummed the first notes on his mandolin around 11 a.m. Festivities run through Sunday.

Houses Spencer, Aaland and Richards formed an allegiance at the front of the line in 1999 and nearly always anchor our tarps front and center. Every single year, like clockwork. Like pawns in a chess game, we’re assigned daily chores as sitters, sleepers, runners and pack mules. To claim front row seats with such precision, accuracy and regularity, it takes dedication, planning, effort and, most importantly, execution.

Every army has its general, and Scott Spencer is ours. When I first met the scrawny, scruffy hippie in the ‘90s, I was taken aback by how much he looked like the cartoon character on the cinematic posters for “Scrapple,” an epic tale of ski bums high in the mountains of Colorado. Scott fits the description. YouTube footage confirms his abilities to attack the bumps like few who have ever strapped on skis. But skiing is just one part of Scott’s life. Festivating fills an equal role. He’s the type of guy who floats a “Need a Miracle” post on Facebook and ends up with comp tickets to the Dead’s Soldier Field shows and a chartered private plane.

Scott probably started line-sitting a few hours after I submitted this column in the wee hours of Wednesday morning. The banks of the San Miguel provide him the perfect headquarters to gather the troops, dole out instructions and bake away under the cool afternoon breeze. He was The Dude long before Lebowski hit the big screen. Scott Spencer abides.

If dancing hippies with their wacky weed and New Belgium pints scare you, join the Make America Great Again crowd up in Grand Junction for Country Jam. Bro Country reigns supreme, with headliners Jason Aldean and Kenny Chesney highlighting the lineup. Budweiser is the beer sponsor; Jack Daniel’s does the booze.

There’s plenty happening in Durango this week. The Community Concert Hall and Alpine Bank are once again teaming for free concerts in Buckley Park each Thursday and the Tucson-based indie-Americana band Run Boy Run kicks things off from 5:30-7:30 p.m. tonight (Thurs., June 15). Weekly shows continue through July 27. Concertgoers are asked to bring their own chairs or blankets, as seating is not provided. Fired Up Pizza and Schlotzky’s will offer small food items for sale, but picnics are another option.

Australian roots rockers Little River Band play the Sky Ute Casino Resort in Ignacio at 7 p.m. Saturday, giving old guys the chance to work on their white man’s overbite while shuffling to such timeless hits as “Lonesome Loser” and “Take It Easy on Me.” Don’t forget your Bic lighters!

Elsewhere: Farmington Hill gathers at the World Headquarters at 5 tonight for this week’s Ska-B-Q; the Assortment plays James Ranch’s Burgers & a Band show at 5 tonight; Kirk James sings solo blues at the Balcony from 5-9 tonight; the Stillhouse Junkies pour stiff shots of bluegrass at Durango Craft Spirits at 4:30 p.m. Friday; Hello Dollface throws a tour kick-off party at Moe’s at 7 p.m. Friday; and the Black Velvet duo returns to the Animas River Cafe? at the Doubletree at 5 p.m. Saturday.

1. Father’s Day feast on the tarp, Sunday morning. Scott Spencer and I always pull out all the stops for this one, and the 2017 theme is sliders. I’m expecting to concoct a pheasant pot pie slider with creamy goodness inside muffin-sized pies.

2. Margo Price, 6:15 p.m. Saturday. Her debut album, “Midwest Farmer’s Daughter,” ranked No. 2 on my Top 10 albums of 2016 list. She’s a country girl who sings straight from the heart about her own personal experiences like the death of a child, numbing the pain with booze and spending a weekend in the county tank.

3. Yonder Mountain String Band’s Elk’s Park workshop, 3:45 p.m. Friday. You don’t need no stinkin’ wristband to see YMSB play for free on Friday ... But you do need to get to town early, because several thousand people will leave the main festival to cram into Elk’s Park. Fortunately, earlier workshops include Sam Bush and Pete & Joan Wernick.

4. Parker Millsap, 2 p.m. Sunday. The fresh-faced Oklahoman was nominated for the Emerging Artist of the Year award by the Americana Music Association when he was just 21. That was three years ago, and he’s only matured as a songwriter since.

5. Peter Rowan Dharma Blues feat. Jack Casady, 2:45 p.m. Friday. The “Dharma Blues” album is perhaps Rowan’s best in nearly two decades, and adding the Hot Tuna/Jefferson Airplane bassist makes this must-see grass. Rowan turns 75 on July 4th and Casady is no spring chicken at 73. This might be a once-in-a-lifetime chance to see these two together in T-Ride.

7. Lindsay Lou & the Flatbellys, 1 p.m. Friday. Another band to graduate from Reservoir Hill to Town Park. These Michigan bluegrassers bring the millennial energy.

8. Brandi Carlile, 7 p.m. Thursday. I dig Brandi’s latest album, “The Firewatcher’s Daughter.” She wrestled the Lilith crown away from the Indigo Girls and Melissa Etheridge years ago.

9. Greensky Bluegrass, 10:30 p.m. Friday. Any chance to see my old buddy “Yonders” Beck is worth the price of admission. Blue- grass lore had him learning to play the dobro in the early 2000s after seeing a Jerry Douglas workshop in Telluride.

10. Rayland Baxter, 12:30 p.m. Saturday. The son of leg- endary steel guitarist Bucky Baxter is one of the young guns of Americana whose two albums are recent favorites of mine.

If a sperm is wasted, God gets quite irate? Email me at chrisa@gobrainstorm.net. 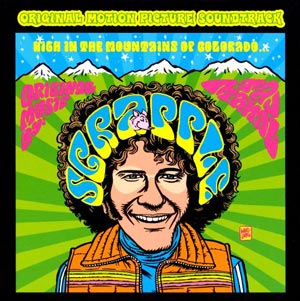