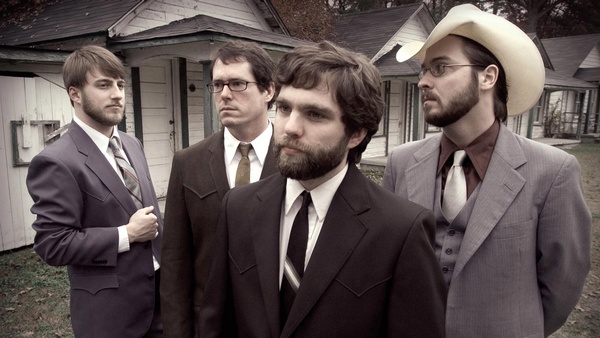 I miss those musically formative years of my college days. That’s when I found the jam. Little Women played regularly at Farquahrts in the late ’80s. A few years later, so did Leftover Salmon ... a bunch of Boulder upstarts just getting out of the start- ing gates. By the spring of ’89, I had become a full-on field hippie. Blues Traveler had just released its first album and Widespread Panic’s major label debut was on the horizon. I played both heavily on KDUR, and soon added Phish, Big Head Todd & the Monsters, Merl Saunders & the Rainforest Band and countless others to the mix. It was the pre-H.O.A.R.D.E. years ... String Cheese and Yonder were still years away from forming ... and I was among the legions of Durangotans who had become jam band converts.

Of all those bands and artists, Col. Bruce Hampton was some-what of a spiritual leader. Schooled in the jazz-rock improv of Sun Ra & his Arkestra, the bluesy experimentations of Captain Beefheart and the satirical and theatrical bombast of Frank Zappa & the Mothers of Invention, Hampton was both older and musically wiser than his co-conspirators in the early ’90s. He released his first record, “Music to Eat,” with his old group, Hampton Grease Band, in 1971. It’s rumored to be the second worst-selling album in the history of Columbia Records, second only to a yoga instructional record. He later found his groove in Col. Bruce Hampton & the Late Bronze Age in the early ’80s.

Like all psychedelic, freaked-out Georgia boys, he gravitated to Athens. By the early ’90s, he formed the Aquarium Rescue Unit. Its original quintet included bassist Oteil Burbridge (later of the All- man Brothers and Dead & Co.), guitarist Jimmy Herring (currently a six-string slinger for Widespread), Matt Mundy (electric mandolin) and Jeff Sipe, aka Apt. Q258 (a onetime Leftover Salmon drummer).

Hampton died early Tuesday morning after collapsing onstage at his 70th birthday celebration at the Fox Theatre in Atlanta. The event was a jam band celebration, with members of the Allman Brothers, Phish, Panic, Salmon, Blues Traveler and others sharing the stage. Fittingly, his last number was an encore of “Turn on Your Lovelight,” an old Bobby Bland hit from 1961 that was famously sung by Pigpen at Grateful Dead shows in the 1960s and early ’70s. Hampton & the ARU were suckers that sprung from the fertile soil tilled by Garcia, Weir and company.

I met Hampton briefly after his FLC Fine Arts Auditorium concert on Nov. 11, 1992. He was quiet and polite, deferring my questions to Burbridge and Herring. I covered rock music for the local paper back in the ’90s, earning a small paycheck and tickets. I was fortunate to review Durango shows by Phish, Panic, Salmon, Hot Tuna and the Aquarium Rescue Unit. These jam bands introduced me, musically speaking, to future blues, folk and bluegrass artists like Peter Rowan, Keb’ Mo,’ Robert Earl Keen, Koko Taylor and countless others, all of whom I had the chance to review in print.

What impressed me most was Hampton’s continual search for the perfect groove, as he challenged his bandmates to drift into uncharted waters. His legacy is certain, but his musical spirit will be missed.

One of my favorite bluegrass bands returns to Durango after nearly a decade’s absence Wednesday night when Chatham County Line plays the Community Concert Hall at 7:30 p.m. The Badly Bent opens the show.

I first saw Chatham back in 2004 when they won the Rocky-Grass band competition. A year earlier, Durango’s Broke Mountain Bluegrass Band (featuring Travis Book, Anders Beck, Andy Thorn, Jon Stickley and Robin Davis) emerged victorious up in Lyons, and the two groups quickly arranged a mountain tour following Rocky-Grass ’04. They landed at the Animas City Theatre, back when it was known as the Abbey. In future years, they’d appear at the Durango Bluegrass Meltdown, for Durango Acoustic Music and, on occasion, at Planet Bluegrass festivals in Telluride and beyond. At one of their later RockyGrass appearances, they completely stole the show. After a boisterous main stage set, they took their instruments to the festival entrance and played, unplugged, to the people in the back ... and not just a one-song thank-you, either, but a set that stretched out for half an hour.

Later that night, frontman Dave Wilson shared beers backstage with several musicians and radio personalities, me included. We were chatting up Andy Falco, who had just replaced Chris Eldridge as guitarist in the Infamous Stringdusters. Falco, Wilson and I shared rock & roll roots, despite being from New York, North Carolina and Colorado, respectively. The conversation, naturally, turned to the Scorpions. Wilson broke into Klaus Meine’s whistling part in “Winds of Change,” and he nailed it. Not to be outdone, I instructed Wilson in my bad, broken accent to whistle “more German.” Not surprisingly, he did, the rest of us marching in unison.

Jocularity aside, Wilson has emerged as a top lyricist, a poet whose deep and occasionally sad, dark and angry lyrics point to the best of the American troubadour tradition (think Townes Van Zandt and Guy Clark) rather than a yuck-yuck, pluck-pluck bluegrass guy. His “Birmingham Jail” draws tears every time I hear it, as it accurately describes the 1963 bombing of the 16th Street Baptist Church by the Ku Klux Klan that killed four African-American girls. Anyone who has visited the Birmingham Civil Rights Institute can attest to the power of Wilson’s words. I’ve been there. That experience shaped my life and still haunts me. In my opinion, “Birmingham Jail” is the best song written during the past 25 years.

Factor in banjo picker Chandler Holt, bassist Greg Readling and multi-instrumental threat John Teer and you have the makings of a bluegrass tour de force. If you like bluegrass and Americana music, breakneck picking and insightful lyrics, don’t miss Chatham County Line. Who knows? Wilson might even break out “Winds of Change” for you.

Finally, tonight’s Black Lillies concert at the Hank (Thurs., May 4) is sold out. You can still catch them live on KSUT at 3:06 p.m. today, though.

If I was a drunkard, I tell you what I would do? Email me at chrisa@gobrainstorm.net.