The final curtain call of a poet laureate 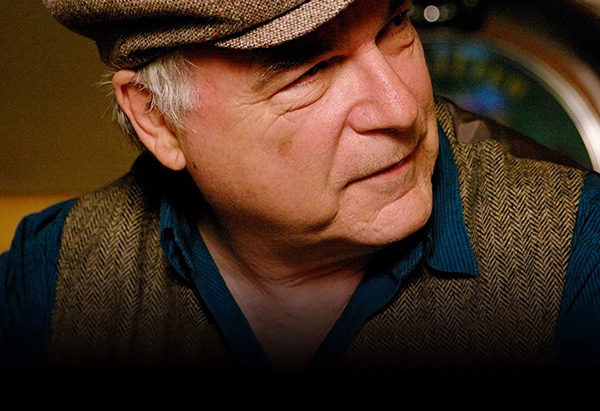 David Olney sat on a stool in a songwriters-in-the-round at the 30A Songwriters Festival in Florida last Saturday night, swapping tunes and stories with Amy Rigby and Scott Miller. It was a low-key, acoustic performance that allowed listeners an insight into the songwriter’s muse. On this night, the audience witnessed a singer’s final curtain call. Olney suffered a heart attack during one of his songs, paused, apologized, closed his eyes and died. He didn’t fall off his stool, and his fingers clutched that final chord into eternity.

“It was as easy and gentle as he was,” recalled Miller. “He was very still, sitting upright with his guitar on, wearing the coolest hat and a beautiful rust suede jacket,” added Rigby. “I just want the picture to be as graceful and dignified as it was.”

I booked Olney a couple of times in the late 1990s, when he was releasing a string of acclaimed albums for Rounder’s Philo imprint.

He played shows at the old Diamond Circle Theatre for Durango Society of Cultural & Performing Arts – a nonprofit group that brought hundreds of like-minded folkies to town back in the ’90s and 2000s.

When Olney took the stage, you could hear someone breathe from across the room. These were not rowdy affairs, but rather opportunities to hear one of Nashville’s poet laureates spin tales. Born and raised in Rhode Island, he attended college in Chapel Hill before deciding his real classroom was Nashville. In the mid-1970s, he roomed with a young Steve Earle, where they both paid the bills as pizza delivery guys.

Earle penned “The Devil’s Right Hand” on the back of one pizza box.

Olney was rumored to have done the same. Townes Van Zandt listed him as one of his top influences, alongside Mozart, Dylan and Lightnin’ Hopkins ... high praise, considering Van Zandt was the most revered country wordsmith of his time.

After the first Strater show, I retired to the Diamond Belle Saloon to have cocktails with Olney and a few of my fellow DSCPA board members.

Olney got my signature on the check for his performance. I presented him with a nearly complete collection of CDs from his career, including a handful of rare European imports. He was impressed, and gladly autographed each. He noted I was missing one, though, a long out-of-print rock & roll record he cut with his old band, the X-Rays.

Then we went back to talking about sports, music, books and whiskey.

A year later, I picked Olney up at the airport for a second DSCPA show. I shuttled him to radio stations for live interviews and performances, and then to the Strater to check into his room. While waiting at the front desk, he stopped to pull something out of his suitcase. It was a well-used vinyl copy of “Contender,” that long-lost X-Rays record. He said it was his personal copy, but that he thought it belonged in my collection. I was shocked that a musician cared so much for a fan to make such a gesture.

While Olney was never well-known outside of serious folk circles, he was beloved within the songwriting community. His tunes were recorded by Emmylou Harris, Linda Ronstadt, the Wailin’ Jennys, the Del McCoury Band, Laurie Lewis and many others. These songs, many of which were spoken-word ballads, hung in the air. I’d often finding myself listening to his final exhale on the fading last chord of his albums.

Little did I know, that’s how he’d die at age 71. Goodbye, old friend.

The breakout progressive bluegrass band Kitchen Dwellers is back with a new record called “Muir Maid,” which they’ll share with rabid fans and thirsty listeners at 8 p.m. Tuesday at the Animas City Theatre.

The album, which was produced by banjo player Chris Pandolfi of the Infamous Stringdusters, allows them to reach new heights in the studio and beyond. Their last album, 2017’s “Ghost in the Bottle,” was a similar affair that enlisted Leftover Salmon’s Andy Thorn as producer. That one featured a Who’s Who of guests, including Little Feat’s Bill Payne and Greensky Bluegrass’ Anders Beck.

The latest installment of Erik & Friends brings the Nord and his former Lawn Chair Kings bandmate Hap Purcell to Fenceline Ciders in Mancos from 5-7 p.m. Sunday. The banjo-plucking Purcell has played with many Durango bands through the years, including Rock & Rye, Outta Hand String Band, Jack Ten High and many more. More recently, he’s sat in with Fellowship of the Strings and the Smelter Mountain Boys.

The seventh annual permit party and silent auction for the Dolores River takes place from 6-10 p.m. Friday at the Dolores Community Center. This year’s event features a film documenting the historic 1948 first-ever full run of the Dolores River, along with local beer, wine and food, auction items, and live music by Carute Roma. River permit information will also be available.

Then there’s that little old thing called Snowdown, which officially begins Wednesday. For 42 years, Durangatangs have let their freak flags fly. This year, revelers are asked to dress as their favorite rock & roll musicians, no doubt meaning I’ll wear my fading 1984 Van Halen Tour of the World T-shirt to music trivia. Snowdown.org has all the dirt.

When my body dies, darlin’ I could never leave you lonely? Email me at chrisa@gobrainstorm.net.