The Ride, harmonicowboy and the Badly Bent 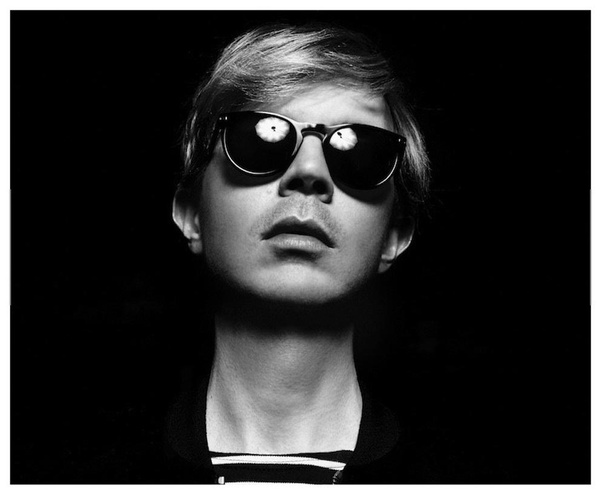 Telluride’s second major festival of the summer lands in Town Park Saturday and Sunday when The Ride shines the spotlight on indie rock & roll for the sixth time.

Highlighting the bill are Beck, Ben Harper & the Innocent Criminals, Kaleo, and the John Butler Trio.

As appealing as the headliners are – and I can’t wait to see Beck at 8 p.m. Sunday – I find the undercard even better. The Temperance Movement is a Scottish band that plays dirty hard rock in the vein of the Faces, the Stones and Humble Pie. Rival Sons, a Long Beach band, crafts bluesy, Glam rock that was minted in the 1970s. Muddy Magnolias bring a fresh mix of electronic and dance influences to acoustic, Americana instrumentation. And Rose Hill Drive is a Boulder group that eschews the jam for true rock & roll grit. Others on the bill include Jackie Greene, Colter Wall, Big Something and Maggie Koerner.

The Ride technically kicks off tonight (Thur., July 6) with an incredible freebie – a 9 p.m. show by Beck at the Michael Palm Theatre, which seats only 600. He’s been bumming around T-Ride prior to the festival and wanted to give back to the promoters. Here’s the spin: you must have your festival wristband on to be admitted (the festival box office is open from noon-7 p.m. today).

Music in the Mountains sure knows how to throw a kickoff. Monday’s Chocolate Indulgence Benefit pairs Animas Chocolate Co. chocolates with hand-crafted cocktails from the Ore House at 7 p.m. at the Festival Tent at Purgatory. Following happy hour and desserts, violinist Tessa Lark performs. One of the most captivating artistic voices of her time, Lark was the winner of the Naumburg International Violin Competition and possesses astounding range, technical agility and captivating interpretations of classical music with a bluegrass fusion. The festival proper runs from July 9-30. For a complete schedule and tickets, visit musicinthemountains.com.

Purgatory hosts its third annual Summer Brew Fest from 1- 4 p.m. Saturday. What makes this year’s event unique is that it focuses on sessionable beers – perfect for the summer in that they’re low alcohol by volume. Most of Durango’s craft brewers will participate, as well as other notable breweries, both large and small. Slate 38 will provide entertainment.

The Sky Ute Casino Resort in Ignacio welcomes indie rockers 3 Doors Down at 5 p.m. Saturday. Their mix of grunge, hard rock and alternative rock scored a slew of chart-topping hits around 2000, including “Kryptonite,” “Loser,” “Duck and Run” and “When I’m Gone.”

Want to learn to play the harmonica? The Henry Strater Theatre presents “Learn to Play Harmonica Instantly” – a workshop by world-famous “Harmonicowboy” Gary Allegretto – from 1-2:30 p.m. Saturday afternoon. Attendees will receive a shiny new Hohner harmonica, on which they’ll learn to play four favorite songs in lightning speed. No experience is necessary and everything is provided. Admission includes top-quality harmonicas, song booklets, instruction and entertainment.

The free Thursday concerts in Buckley Park, presented by the Community Concert Hall and Alpine Bank, continues tonight with the soulful Garrett Lebeau at 5:30 p.m. Born and raised on the Wind River Indian Reservation near Lander, Wyo., Lebeau is an enrolled member of the Shoshone tribe. As a child, the blues and soul spoke to him, and since then, he’s endeavored to create music with a spirit about life and the trials of the working man. “Rise to the Grind” is his debut album on Music Road Records, the label started by the late Jimmy LaFave.

The Rochester Hotel’s summer concert series continues on Wednesday afternoon with the high-energy, traditional bluegrass of the Badly Bent from 5-7 p.m. A $10 cover is suggested, which benefits Know Your Dough.

July is officially the month to celebrate all things red, white & blue, what with Independence Day and all the feel-good funnies coming out of Washington. What could be more patriotic than a pint or three of All-American IPA like Peyton, which is pouring right now at BREW Pub & Kitchen? I’m trusting this devilishly good beer was named for Peyton Manning. After all, 6+6+6 equals 18. Erik Maxson’s other monthly offerings include Zen, a field beer with notes of cucumber, lemon and Thai basil; Demi, a light, experimental that makes a great summer shandy when paired with a fruity San Pellegrino; Keller, a refreshing Bohemian pilsner; Otis, an American pale ale that’s named after a dog; and Yvette, a German-style hefeweizen.

Steamworks’ monthly Firkin’ Friday pours some refreshing summer suds when it taps this month’s keg, Watermelon Gose, at 3 p.m. Friday. A Gose is a top-fermented, highly carbonated beer that originated in Goslar, Germany, in the Middle Ages. Dominant flavors include lemon tartness, herbal characteristics and a strong saltiness. “The sour and salt are the key ingredients of a Gose beer,” said brewmaster Ken Martin. “Our version makes use of our lactobacillus starter culture, which uses a Ko?lsch as its base. We’ve been growing and perfecting this same culture for years.” Though Gose beers traditionally include coriander for a spicy bite, this special Firkin omits the coriander and adds watermelon extract. “It will be a delicious, light and refreshing – and slightly tart – summer beer,” added brewer Spencer Roper.

Elsewhere: The Swashbuckling Doctors make a house call to Ska-B-Q this afternoon at 5; the James Ranch Burger & a Band night features Tim Sullivan this afternoon at 5; Kirk James plays solo blues at the Kennebec Cafe? in Hesperus from 5:30-7:30 tonight and brings his full blues band to the Balcony from 5:30-9:30 Saturday; Pete Giuliani & Richard Leavitt play the Macho’s North patio from 5-9 p.m. Friday, while Pete goes solo at the Animas River Cafe? from 5-9 p.m. Wednesday; and The Still-house Junkies return to Durango Craft Spirits at 7 p.m. Friday.

Dog food stalls with the beefcake pantyhose? Email me at chrisa@gobrainstorm.net.