Tommy gets his twang on 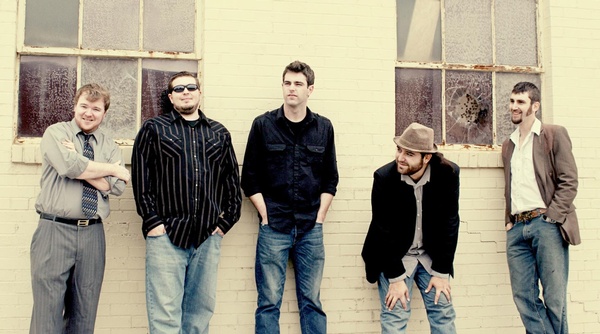 The HillBenders give the Who's "Tommy" rock opera the opry treatment this Thurs., April; 13, at the Concert Hall.

In August 1989, Fletch and I packed into his car and headed eastbound on I-70. We’d turned 21 that year and were off to see the Who at Arrowhead Stadium in Kansas City. Another high school buddy, Jay Ernst, attended the University of Kansas in nearby Lawrence, and his pad served as home base for our musical shenanigans. More importantly, Jay scored our tickets.

Among the trip’s highlights was a visit to Lawrence’s legendary music dive, The Bottleneck, where Faith No More was playing the night before the Who. I was familiar with their early hit, “We Care a Lot,” from my time as a college DJ at KDUR. A summer thunderstorm knocked out the power to Lawrence forcing Faith No More to do an unamplified, acoustic set underneath the emergency lighting. Later, after power was restored and they rocked out, I was KO’d by a high school kid doing the pogo in the mosh pit. His head hit my chin and my nose, sending 6-feet-5 and 220 lbs of mountain hippie tumbling down like a sack of potatoes.

We also stopped by the Stull cemetery, one of the rumored gates of hell. But that’s another story.

Mildly concussed the next day, I powered down numerous brews in the Arrowhead parking lot. This was Chiefs country, and I wasn’t about to wander into enemy territory without proper attire. Sporting a “John Elway Duke of Denver” T-shirt, a faux coonskin hat, and a rather glorious late ’80s mullet, I stumbled into Arrowhead.

Then the Who took the stage. Fueled by Pete Townshend’s windmills, the band launched into the opening side of “Tommy” … “Overture,” “It’s a Boy,” “1921,” “Amazing Journey” and “Sparks” before fast-forwarding into the meat of the seminal rock opera … “The Acid Queen,” “Pinball Wizard” and “We’re Not Going to Take It.” It was as close to a spiritual awakening as I’d ever had. My faith was restored.

The Who warriored on, mixing Townshend’s solo hits into a mostly greatest hits set. But “Tommy,” the tale of the deaf, dumb and blind kid who played a mean pinball, stole the show. Two years ago, a bunch of bluegrass pickers from Missouri – the HillBenders – refreshed the opera as “Tommy: A Bluegrass Opry.” They bring that show to the Community Concert Hall at 7:30 p.m. tonight (Thurs., April 13). They’ve staged Tommy in Telluride, at RockyGrass and at countless venues and festivals ever since.

I spoke with HillBenders guitarist Jim Rea via a Saturday morning phone call last weekend, asking him about the album’s roots, local connections and the band’s future plans.

The HillBenders burst on the national scene in 2009 by winning the Telluride Bluegrass band competition, earning them a mainstage appearance the following year (I was in the audience for both). “That was wild,” Rea said. “It was what we set out to do, part of our business plan,” he said of the big win by the quintet that officially formed in 2008, although most of its members had played together for years in other bands. “Still, we were surprised that we won.”

By 2010, they’d signed with Compass Records, the indie label owned by newgrass banjo master Alison Brown. “Down to My Last Dollar” and “Can You Hear Me?” followed – high-octane records filled with original tunes. Then the band caught a huge break: Louis Meyers, who founded both South by Southwest and Folk Alliance, was searching for the proper outfit to render “Tommy” in the high-and-lonesome bluegrass style.

“A friend of ours brought the idea to us,” said Rea. “It was pretty good timing, too. We were kind of switching gears, and Louis was kind of winding down from (SXSW) and looking for a new endeavor. He’d been playing these songs on banjo for a few years. He knew that he wanted to find the right band to do it. One day he laid it on us that he thinks we’re the right combination he’s been looking for all these years.”

While most casual classic rockers might think of pre-punks smashing guitars and drum kits when they recall the Who, they forget that Townshend actually started out as a banjo player and filled many of the group’s timeless tunes with acoustic guitar. “It really drives that full record,” Rea agreed. “We didn’t want a jingly jangly straw-hat kind of feel. We wanted to interpret it acoustically as needed.” And replacing Keith Moon’s drumming? “Acoustic instruments are percussive to begin with.”

The critics and fans loved the end result. An added bonus was getting Townshend’s stamp of approval when he invited them backstage to a Who concert in Nashville shortly after the Hill-Benders’ release of “Tommy.” “That was a big deal for us,” Rea said. “Louis wanted it respectable enough that if Pete caught wind of us he’d approve. It was a really cool deal for Louis to have that opportunity.” Meyers died of a heart attack last year.

Rea isn’t sure what’s next for the HillBenders. They’ve written and worked out two albums’ worth of original material and are considering more “Whograss” as well as a similar treatment to other classic rock acts like Pink Floyd. “It’s hard with five different people who want to go in different directions,” Rea said. “It’s hard to compromise artistically.”

Regardless, expect the HillBenders to continue belting out “Tommy” tunes at their live show.