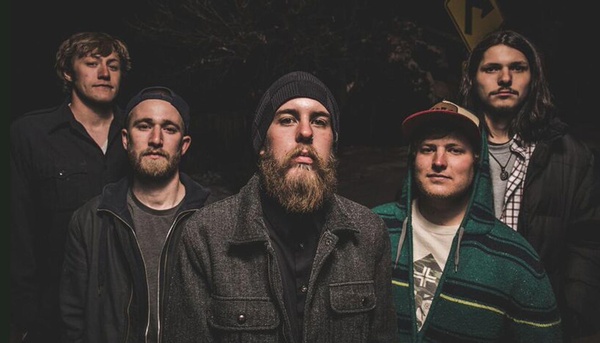 Denver jamtronica Greener Grounds comes to the ACT this Friday night as part of a triple bill.

Back in 1866, a group of Confederate widows created a holiday called Memorial Day to honor sons of the south who had died in the Civil War. Two years later in Decatur, Ill., a group of Civil War veterans that was called the Grand Army of the Republic established a holiday where the graves of Union soldiers would be decorated with flowers. By the turn of the century, the holidays merged to give us one Memorial Day.

Memorials and monuments – particularly those honoring the Antebellum South – are in the crosshairs of a cultural Civil War of sorts in recent years. Just this month, four Confederate monuments have been dismantled in New Orleans, sparking harsh criticism from the alt-right and joyous celebrations on the left.

Last Friday, New Orleans mayor Mitch Landrieu gave a speech for the ages at the ceremony that preceded the removal of a statue of Confederate general Robert E. Lee. During a particularly divisive time in American history, I found his words to be remarkably healing.

“The historic record is clear, the Robert E. Lee, Jefferson Davis and P.G.T. Beauregard statues were not erected just to honor these men, but as part of the movement that became known as ‘The Cult of the Lost Cause,’” Landrieu said. “This cult had one goal – through monuments and through other means – to rewrite history to hide the truth, which is that the Confederacy was on the wrong side of humanity.

“First erected over 166 years after the founding of our city and 19 years after the end of the Civil War, the monuments that we took down were meant to rebrand the history of our city and the ideals of a defeated Confederacy,” he added. “It is self-evident that these men did not fight for the United States of America. They fought against it. They may have been warriors, but in this cause they were not patriots.

“These statues are not just stone and metal. They are not just innocent remembrances of a benign history. These monuments purposefully celebrate a fictional, sanitized Confederacy; ignoring the death, ignoring the enslavement and the terror that it actually stood for.”

Near the end of his speech, Landrieu described what makes New Orleans – and America – special. “Here is the essential truth. We are better together than we are apart. Indivisibility is our essence,” he said.

“Isn’t this the gift that the people of New Orleans have given to the world? We radiate beauty and grace in our food, in our music, in our architecture, in our joy of life, in our celebration of death, in everything that we do. We gave the world this funky thing called jazz, the most uniquely American art form that is developed across the ages from different cultures. Think about second lines, think about Mardi Gras, think about muffaletta, think about the saints, gumbo, red beans and rice. By God, just think.”

Fox News recently published an online smear piece about panhandling in Durango, linking it to legalized marijuana. We all agree panhandling is a problem. To what extent legalized marijuana sales drives panhandling is up for debate. I’ve lived here for 31 years. Trust me, the panhandling was always there. When I worked at Sixth Street Liquors in the early ’90s, panhandlers who scraped up nickels, dimes and quarters dropped by the store morning, day and night to buy bottles of Thunderbird, Mad Dog 20/20 and 40s of Olde English 800. These folks were young and old, male and female, Anglo, Hispanic and Native American. Weed was still decades away from legalization.

The point is, we’ve stopped thinking. We react to social media comments like sheep herded into red and blue pens. We’re faced with complex problems, and the panhandling situation is just one.

Jobs are scarce. Wages are low. Rent is high. And above all, cynicism abides.

Remember that Memorial Day is a holiday to honor those who died in battle. Some were defending freedom, some were fighting tyranny, and others were placed in harm’s way for political battles that should have been fought with words between governments and not bombs and bullets on the battlefield. My dad told me his Marine buddies in Vietnam fought for one another, not for Johnson or Nixon or the flag. Regardless, I’ll raise my glass to all who paid the ultimate sacrifice. Memorial Day weekend in Durango, of course, means the 46th annual Iron Horse Bicycle Classic. While the pros (and a slew of amateurs) race over three passes to Silverton, there’s fun to be had for everyone. Some highlights include the Steamworks Face- plant Party Friday from 3-8 p.m. in Buckley Park featuring live music, a bike parade, vendors and, of course, pouring pints of the annual Iron Horse beer; the Silverton Finish Line Festival from 9 a.m.-1 p.m.; and Sunday’s Durango Downtown Bike Festival, with fun activities, live music, racing, vendors and copper mug specials at downtown watering holes. For a complete schedule, visit ironhorsebicycleclassic.com.

Greener Grounds brings jamtronica to the Animas City Theatre at 9 p.m. Friday in a three-band bill that also features Cycles and Zolopht. The Denver-based Greener Ground has quickly gained momentum in the highly competitive jam band scene with performances at such festivals as Backwoods, Highberry, Sonic Bloom and more. Inspired by the likes of Lotus, STS9, the Disco Biscuits, Phish and Umphrey’s McGee, they blend such varied styles as psychedelic funk, rock, trance fusion and break beats. The power trio Cycles fuses rock, jazz, soul and hip hop. Doors open at 8:30.

Finally, BREW Pub & Kitchen hosts an Alzheimer’s awareness event tonight (Thurs., May 25) from 6-8. Brewmaster Erik Maxson is making a Bohemian pilsner he’s calling Merka, named after a BREW employee’s mother who recently passed away after years of battling the disease. Three bucks will be donated to the Alzheimer’s Association for every pint sold (not just tonight, but until the beer is gone).

Daddy’s in the big chair sippin’ on a cold beer? Email me at chrisa@gobrainstorm.net.