Townies, Floydheads and gathering of the clans 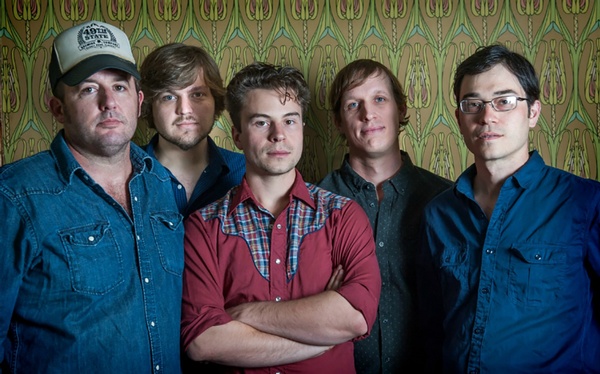 Town Mountain returns to Durango at 7:30 p.m. Saturday when they play the Wild Horse Saloon.

Old friends are something we can all use more of. Musically speaking, this week is filled with many of them. Town Mountain returns to Durango in the latest KSUT concert. Per the band’s request, they’ll play a dance show at the Wild Horse Saloon at 7:30 p.m. Saturday. Most of Town Mountain’s past Durango performances have been to seated audiences at the Strater or Durango Arts Center. The Asheville, N.C.-based quintet has always had one foot in the honky tonk, though, with a raucous hybrid of classic country, bluegrass and rock and roll. This past Monday, they opened a three-act bill at Red Rocks that included Robert Earl Keen and Tyler Childers.

On its sixth studio album, “New Freedom Blues,” the band has shared the wealth a bit more in terms of songwriting and lead vocal turns. Sure, Robert Greer’s voice is among the most powerful in bluegrass, drawing comparisons to George Jones. But mandolin player Phil Barker, one of the most acclaimed songwriters in the genre, offers a distinct stylistic counterpoint. Banjo player Jesse Langlais has even assumed more lead vocal assignments in recent years, and some of his tunes are among the highlights on “New Freedom Blues.” Even longtime-fan-cum-country-star Tyler Childers shares vocals on the album’s closing track, “Down Low.”

Saturday’s gig is a homecoming of sorts for Town Mountain. Greer has told me that Durango was one of the first regular Western gigs the band could count on in the early years. They even name-check our burg in “Comin’ Back to You” on their “Southern Crescent” record. Many locals have become some of the band’s most ardent supporters and fastest friends. One of them, KDUR honcho Bryant Liggett, will celebrate his 50th birthday at the show. Rumor has it cake will even be served. Tickets are available at KSUT.org, but are selling quickly. Any remaining tickets will be available at the door.

Celebrate the music of two of rock’s greatest bands, the Grateful Dead and Pink Floyd, when Dead Floyd rolls back into the Animas City Theatre at 10 p.m. Saturday. The extensive catalogs of both groups are mashed together into a high-energy, unpredictable show. Everything from early rarities to radio mega-hits are included, leaving fans to ask “What next?” after every tune. Based out of Fort Collins, they formed in 2009 and have consistently been voted as one of the top tribute bands in Colorado. Dead Floyd’s members are well versed in jazz, funk and rock.

The nice thing about Saturday’s stellar lineup in town is that fans can warm up with Town Mountain at 7:30 p.m., then move across the street to rock out with Dead Floyd at the ACT at 10. Hippies unite!

Another Asheville-area group, Songs from the Road Band, will play the Wild Horse at 7:30 p.m. Monday in another KSUT affair. This one was a last-minute addition to the group’s radio tour of the state in which they are doing in-studio appearances at public radio stations that are favorable to bluegrass, including KSUT. A stop in Ignacio means they’ll be lodged in Durango overnight. They’ve agreed to play a fundraiser that night at one of the same venues they graced last spring during the Durango Bluegrass Meltdown. Tickets are cheap – just $10 at the door  Monday or at KSUT.org in advance. They’ll also appear live at a KSUT Session at 2:06 p.m. Monday.

SFTRB is the brainchild of Grammy-winning bassist and songwriter Charles Humphrey III. Humphrey, whose other passions include fishing and long-distance trail running, was a longtime member of Steep Canyon Rangers, a group he officially left in January 2018. (Ironically, former Town Mountain bassist Garrett Smith replaced Humphrey in SCR.) Steep Canyon’s music changed in recent years, eschewing the hard-driving bluegrass they’d played for nearly two decades in favor of a poppier Americana sound. But the handwriting was on the wall.

Humphrey was simply churning out one great song after another and needed a vehicle for them. Kindred spirits Mark Schimick (mandolin, vocals), Sam Wharton (guitar) and James Schlender (fiddle) became Humphrey’s core bandmates.

The Community Concert Hall presents its annual Jazz on the Hill fundraiser at 5:30 p.m. Saturday when vocalist Joyce Lyons performs. Her rich alto has been compared to Dianne Reeves and Oleta Adams.

Reeves tackles everything from classic Broadway to the Great American Songbook and hard-swinging jazz. Lyons will be accompanied by the Phil Aaron Trio. The evening starts with hors d’ouvres and libations at 5:30, followed by dinner and the show (7 p.m.)

The Animas City Theatre throws a reggae party at 9 p.m. Friday, with Telluride’s Niceness and our own Afrobeatniks spearheading a two-band regional lineup.

What does KDUR mean to you? Show your love by pledging during KDUR’s Fall Membership Drive, which runs from Friday to Friday, Oct. 4-11.

“It means a lot of different things to a lot of us,” station manager Bryant Liggett said. “Memories, great music, local information, locking a DJ out of the studio when you’re with Dave Thibodeau to spin a bunch of punk rock.” The latter, of course, is a personal jab at the Ska skipper and me. We famously barricaded ourselves in the KDUR studios one morning in the summer of 1991 when Thibodeau’s ex flaked out and missed her show. We managed to serenade Durango listeners with our favorites from The Police, Metallica and a Boulder buddy of Thibodeau’s who performed as Dave Rave & His Male Slave, singing lo-fi punk odes about animal cruelty. Yet I digress. Thibodeau and I both support KDUR because we appreciate everything Liggy mentions – the tunes, the dirt and, of course, the chances the station has given hundreds of locals to share their musical favorites with the masses. Call 247-7262 or visit KDUR.org to make a pledge.

Finally, the Aztec Highland Games & Celtic Festival brings a taste of the Scottish Highlands to the Southwest on Saturday and Sunday at Riverside Park in Aztec. The weekend features Celtic athletic competitions, Highland dance contests, bagpipe exhibitions, live Celtic music, vendors and Clan tents. Where else can you eat authentic haggis and fry bread on the same day? Denver’s Stubby Sillelaghs headline the event. For sports fans, heavy Celtic competitions like the caber toss and Braemer stones are the highlights.

I don’t know where ye been, but I see ye won first prize? Email me at chrisa@gobrainstorm.net.