Whale of a tail, El Pendejo & going to the wolves 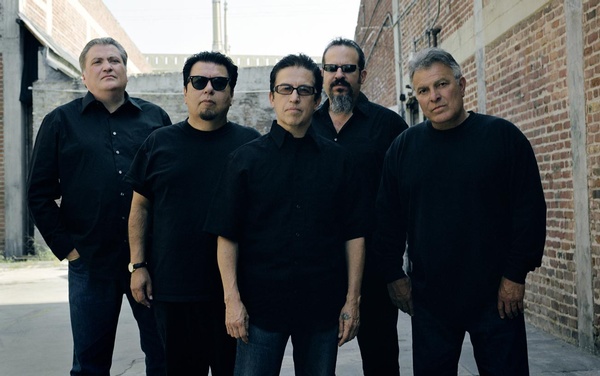 I’ll let you in on a little secret. I never finished Moby Dick, even though it was the centerpiece of an American Lit class I took with Gordon Cheesewright at the alma mater some 27 years ago. I bullshitted my way through class discussions and passed the course.

But Moby Dick has become my white whale. After graduating, I was a colleague of Gordon’s for 21 years at the alma mater. I often promised him that I’d finish the book. I’d start, and get bored with it, usually bogging down at the
lengthy ninth chapter ... “The Sermon.”

Finishing this has become my quest. So I started in earnest again this weekend. This time, Father Mapple’s sermon reached me.

“In this world, ship-mates, sin that pays its way can travel freely, and without a passport; whereas Virtue, if a pauper, is stopped at all frontiers,” Mapple told the congregation.

It seems Melville had a vision of American politics 167 years into the future. At the same time I was tackling Moby Dick, El Pendejo Naranjo was enjoying the 93rd, 94th and 95th rounds of golf of his presidency at the Florida golf course he owns, all at the expense of taxpayers. Less than 365 days in office, and he’s spent 95 days on the links. At his personal golf course, no less. On your dime. Make America Golf Again.

I’ve never possessed the skill, concentration and focus to succeed at golf. I worked at a golf course for two years in the 1980s. In fact, it was my first job. On occasion, I’d get in a free round at the end of the day. But I haven’t played since 1985.

I’ll give Pendejo credit: he must possess some super-human strength to play so much golf. When our Champion hits the links, he can’t be bothered with trivial issues like a possible missile launch on Hawaii. No sir, his focus is on getting that first putt close enough to the pin to take a gimme.

Even after the 2016 election results shocked me, I took faith that the system would overcome any shortcomings of the man. But, as Melville wrote, “Faith, like a jackal, feeds among the tombs.”

No jackal will stalk Durango this week, but instead, a pack of wolves descends upon the Community Concert Hall at 7:30 p.m. Friday. The stage is the pulpit of Los Lobos, and they’ll surely spread the good word to the masses (hint: buy tickets now, as this one will sell out!) The group formed in the mid-1970s as a traditional acoustic Mexican folk group. By the early ’80s, they’d become fully entrenched in Southern California’s burgeoning cowpunk scene, alongside such contemporaries as X, the Blasters, the Beat Farmers and the Long Ryders. Rock, blues, R&B and that curious Mexican music morphed into the ultimate East L.A. sound. And the hits came – “Don’t Worry Baby,” “Will the Wolf Survive?,” “Shakin’ Shakin’ Shakes,” “Set Me Free (Rosa Lee),” “One Time One Night,” and, ultimately, “La Bamba.”

Yes, that little ol’ cover of the Mexican folk song from Veracruz, which Ritchie Valens adapted in 1958. Valens later attained mythical status as one of three young rock stars who perished in a plane crash on “The Day the Music Died” (Buddy Holly and the Big Bopper being the other two, of course). In 1987, filmmaker Luis Valdez directed “La Bamba,” which chronicled Valens’ humble beginnings in a family of Mexican migrant workers, overcoming prejudice and ultimately becoming a bonafide rock star. Los Lobos was recruited to perform Valens’ songs, which make up the soundtrack’s first side; other rootsy musicians like Brian Setzer (as Eddie Cochran), Marshall Crenshaw (as Buddy Holly) and Howard Huntsberry (as Jackie Wilson) were included in the second side. Los Lobos’ version of the title song shot to the top of the charts. Their cover of Valens “Come On, Let’s Go” went to No. 21, marking their only other Top 40 single. But they’d arrived, earning a seat at the table alongside the likes of Jackson Browne, Bonnie Raitt and other long-established artists.

Nominated for the Rock & Roll Hall of Fame a few years ago (it’s a crime they haven’t yet been selected for induction), Los Lobos has continued to evolve and put out strong albums.

I’ve seen Los Lobos three times – albeit two were from the back of festival grounds on Reservoir Hill and in Telluride Town Park. Those two experiences weren’t intimate. But last Labor Day I sat stage side, just below multi-instrumentalist Steve Berlin’s keyboards, saxophones and various percussion instruments. For nearly 75 minutes, they mixed some of my favorites from the ’80s with recent fare and traditional Mexican songs. I was baptized anew. Bassist Conrad Lozano and I shared some adult beverages after the show while sitting on the tailgate of their rental vehicle. “We got loaded, on a bottle of wine, on a bottle of wine,” or so the song goes.

Nappy Roots return to the Animas City Theatre at 10 p.m. Saturday, this time with Kind Dub and Prestone. With a decade’s worth of work under their collective belts, the Roots have recently released their sixth studio album, “The 40 Akerz Project.” Kind Dub is the production and emcee duo of KD (Cody Marsden) and CO (Cory Clarke).

Head up to Telluride this Friday and you could catch Trout Steak Revival at 9 p.m. at the Sheridan Opera House. These guys won Telluride Bluegrass in 2014 and just recently released their fourth CD, “Spirit to the Sea.” Like its predecessors, it’s an excellent collection of contemporary acoustic bluegrass.

Then on Sunday, the Sheridan welcomes the Victor Wooten Trio. Their leader and namesake is best known as the bassist for Bela Fleck & the Flecktones and without a doubt one of the funkiest and most prolific bass players on the planet. The Berklee College of Music educator has earned five Grammy Awards.

Elsewhere: the Black Velvet duo returns to the Diamond Belle Saloon at 5:30 p.m. Friday; and the Spinning Wheels play the Mancos Brewing Co. from 6-9 p.m. Saturday.

Better sleep with a sober cannibal than a drunken Christian? Email me at chrisa@gobrainstorm.net.