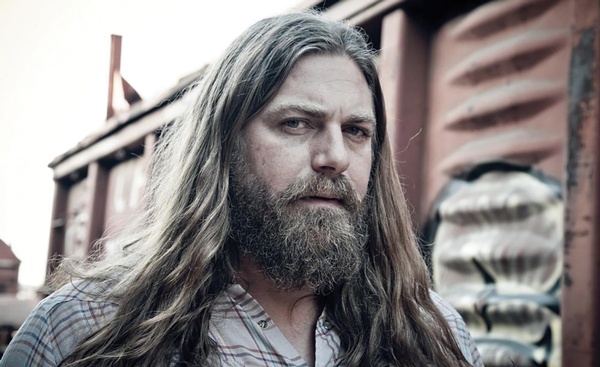 My annual Thanksgiving trip to Kansas didn’t go as planned this year, mainly due to the pair of storms that ripped through the Midwest last week. While the amount of snow wasn’t overbearing by mountain standards, the tiny amounts turned Kansas dirt roads into mud pits. Travel was restricted to paved and major gravel roads. That kept us out of much of the private land we’d obtained permission to hunt. For the first time in decades, I didn’t bag a single bird and only had two shooting opportunities on quail.

Our return was delayed a day thanks to Winter Storm Dorothy, which might as well have stranded us in Oz. When Otto and I checked out of the motel the day before Thanksgiving, a 10-hour return trip to Durango took 14. The first 60-mile stretch took two hours as we were forced to travel at 35 MPH in four-wheel drive over ice. I only accelerated to pass three other vehicles, choosing to keep it well below the speed limit. Still, a Colorado trooper nabbed me for going a reported 76 in a 65 outside of Eads. I passed one other car in the stretch, a hybrid that was doing 58. When I glanced at my speedometer, I was at 69 during the pass. A second vehicle zoomed by both of us, and he was certainly doing 76 or more. An officer traveling the other way did a U-turn and pulled us both over. When he was done tossing a $182.50 citation through my window at me, he immediately sped off the shoulder with lights flashing to nab his next victim. We saw no fewer than six troopers and county mounties in the final 3 miles leading into Eads. Happy holidays, y’all.

My court date is set for early February in Eads, unfortunately six days after the Colorado pheasant and quail season ends. It’s too bad – I could parlay a trip to fight the ticket into one more hunting trek. A friend teaches in nearby Sheridan Lake and knows dozens of farmers who would let us on their land for a late-season trek.

So I’ll begrudgingly send a check for the full amount this week, reducing my points from four to two. I’ll bid adieu to the Heartland for another year, happy to be safe at home with my fellow mountain hippies.

One of the most intriguing concerts to come to town in recent memory is Friday’s show by The White Buffalo at the Animas City Theatre. Led by big-voiced frontman Jake Smith, The White Buffalo is difficult to categorize. There are elements of alt-country, indie-rock and even roadhouse rock in the music. Raised on the country twang of George Jones and the pissed-off punk of Bad Religion, Smith’s songs – particularly on his latest album “Darkest Darks, Lightest Lights” – are a vehicle for gloomy and dangerous characters with stories about sinners, crooks, bad decisions and broken hearts. Critics have pointed to Bruce Springsteen’s darkest material for comparisons. Doors open at 8 p.m. with opening act L.A. Edwards taking the stage at 9. Edwards is another singer/songwriter whose debut record was produced by Tom Petty & the Heartbreakers bassist Ron Blair.

One of my favorite alt-country acts returns to the Dolores River Brewery at 8 p.m. Friday when J.P. Harris & the Tough Choices come to town. A native of Montgomery, Ala., Harris fancies himself more of a carpenter who writes songs than a musician, although you couldn’t tell by listening to any of his critically acclaimed records. Like one of his Alabama musical forefathers, Hank Williams, Harris writes gritty songs about love lost, life on the road and hard living. In “JP’s Florida Blues #1” he snorts his way across the Sunshine State. “Two for the Road” paints the picture of a lover drowning his sorrows. “Gear Jammin’ Daddy” is an ode to truckers. Along the way, he’s released a couple of “Why Don’t We Duet in the Road” EPs fea-turing duets with up-and-com  ing women singers like Nikki Lane and Elizabeth Cook, plus an old-timey banjo/fiddle album with Chance McCoy of Old Crow Medicine Show called “Two Bad Hombres.”

SoDown brings his bass music with soul to the Animas City Theatre at 8:30 p.m. tonight (Thurs., Dec. 5). Ehren River Right, aka SoDown, is a staple in the Colorado music scene. Featuring a live saxophone, SoDown takes the crowd on an intimate sensory adventure through space and time.

Christmas means holiday concerts, and the Community Concert Hall is home base to several. The FLC bands and choirs host their Colors of the Season at 7 p.m. Friday, performing “Aurora Borealis” and other works. The four choirs will tackle a variety of holiday tunes on a stage festooned with stockings decorated by the choir students. Then at 3 p.m. Sunday, Durango Choral Society presents “Viva Snow! A Traditional Family Christmas.” Their annual gift to the community features your family, friends and neighbors in all four DCS ensembles. It’s a mix of jazzy, classy and cool music that will put you in a mood for a holiday party.

Seasons Rotisserie & Grill hosts its 25th anniversary celebration from 6-9 p.m. Tuesday, with proceeds benefitting the Women’s Resource Center. A $40 minimum donation is requested. The menu includes samples off the latest seasonal menu, plus traditional holiday fare and fine wines. A cash bar will also be available. No reservations are necessary.

The Raven Narratives live storytelling slams (all-audience, off-the-cuff, true stories) will feature the theme “home” at 7:30 p.m. Friday at the Sunflower Theatre in Cortez and 7:30 p.m. Saturday at the Durango Arts Center. “This is a particularly potent topic, especially for this time of year, and we expect to have a full-bodied evening of true stories shared, ranging from personal to humorous and wacky,” Ravens Narratives co-producer Sarah Syverson said. “It’s an evening of connection, laughter and deep listening.”

Southwest Colorado Gives Day takes place all day long on Tuesday, benefitting dozens of local nonprofits in the arts, education, environmental and social sectors. Visit coloradogives.org/SouthwestColoradoGives and choose which nonprofits you’d like to support. There are one-time and monthly payment options available.

There is a Barbie doll in a gravy boat? Email me at chrisa@gobrainstorm.net.