Widespread, Isbell and hangin' at the Fenceline 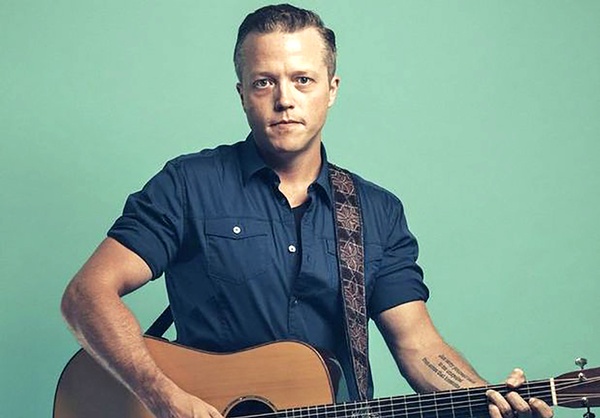 Jason Isbell & the 400 Unit close out the 8th annual Ride Festival on Sunday in Telluride.

Most of the big Telluride music festivals celebrate the roots of American music. Whether its bluegrass or jazz or blues, a festival lineup isn’t limited to the genre in its name. Take this year’s Telluride Bluegrass. If you throw out the jam bands and newgrass, there were only a handful of traditional bluegrass bands on the bill. This year’s Telluride Jazz? It could easily be called Telluride Funk and R&B. Blues & Brews? There are a few true blues acts, but rock, R&B and even alt-country work their way into the lineup.

The one festival that holds true to its roots is The Ride Festival, which turns eight this Friday through Sunday. From its humble beginnings as a fundraiser for KOTO-FM, The Ride is pure rock & roll. Sure, it wanders from one rock sub-genre to the other, traversing indie rock, jam bands, alternative country (which is really just Southern fried rock & roll when you think about it) and more. Rock truly is the backbone of The Ride and probably will be until it’s gone.

Just like in 2015, this year’s Ride is all about Widespread Panic. I saw them several times in Durango in the early ’90s at the 400-seat FLC Fine Arts Auditorium (before the Great Snow Flood of ’93 literally brought the roof down) and at the old Iron Horse Inn (before its old ballroom collapsed in another snow dump some 15 years later).

Among my early Panic shows was their virginal Town Park set in 1991, when they opened Sunday’s lineup at the one-off Bill Graham Presents Midsummer Music Festival. Graham’s vision would’ve probably become an annual highlight in San Miguel County, but he died in a helicopter crash two months later. That was an epic day, complete with vodka, beer, herb and hallucinogens. I was 23 and invincible. To think that Panic warmed up the crowd for Taj Mahal, the David Grisman Quintet, Hot Tuna and the Allman Brothers is mind-numbing. It’s also strange to think back to the days when Panic, Phish, Blues Traveler, Col. Bruce Hampton & the Aquarium Rescue Unit and other jam bands would play the old Fine Arts Auditorium up on campus. We were spoiled back then.

In the years since, Panic has become heir to the bluesy, jammy, Southern rock throne once held firmly by the Allman Brothers. Like their forefathers, they built their reputation onstage. Panic has played several other sets in Town Park, at the aforementioned Midsummer Music Festival, KOTO Doo-Dahs and the 2015 Ride. The crowds have grown through the years, which is a great thing for festival promoters and the band itself, but perhaps a bad thing for old timers like me. Festivarians at Telluride events like Bluegrass, Jazz, Blues & Brews and even most Ride Festivals show respect for the land, the town and their fellow concertgoers. But at Panic in 2015? Not so much. I’ve attended more than half of The Rides through the years, and have found the crowds to be laid back and friendly – with exception of those dates in 2015. A little introspection thinks the younger Panic fans today act a wee bit like we did back in ’91. We were snot-nosed kids back them. I’m just the grumpy old man screaming at clouds now.

The Ride has booked old favorites and emerging artists for its eighth season, which begins Friday night with a mammoth three-hour Panic show. Panic returns Saturday, when the festival really gets rolling. Indie rock takes center stage that day, with Big Something and the Temperance Movement serving as the undercard, along with four other bands. On Sunday, the festival is a bit more low-key with Jason Isbell & the 400 Unit closing the whole fester down from 8-10:30. The seven-band Sunday lineup also includes Colorado jam band veterans Big Head Todd & the Monsters plus Rose Hill Drive and Black Pistol Fire.

The Rocky Mountain Uke Fest returns today (Thurs., July 11) through Sunday, with fifth anniversary events scheduled for the FLC campus and a variety of downtown sites. Special guests this year include Gerald Ross, Peter Luongo, Marnie Ward and Devin Scott. The Rocky Mountain Uke Fest All-Stars perform at this week’s free Concert Hall @ The Park in Buckley Park from 5:30-7:30 p.m. tonight. It’s a great opportunity to catch some of the artists you might want to shell out a few bucks for over the weekend at intimate venues. Rockymountainukefest.com has all the dirt.

The All-Stars aren’t limited to the ukulele. Ross is at home with all roots music, including Western swing, bluegrass, Hawaiian, blues, jug band music, jazz, Tin Pan Alley, New Orleans R&B and  boogie woogie. He also plays guitar and dobro in addition to the uke. Luongo is an educator known for his Maximum Ukulele program. Ward is a singer, teaching artist and playwright who has performed from regional music theatres to Carnegie Hall. And Scott is armed with both uke and a big, unexpected voice capable of handling material from R. Kelly to Patsy Cline.

It’s a busy week for Music in the Mountains, with six concerts taking place at several venues, including the Community Concert Hall, St. Mark’s Church and Cortez’s Sunflower Theatre. This week’s MITM events include three festival orchestra performances, two chamber concerts and a children’s show. Musicinthe mountains.com is your source for tickets, schedules and performer bios.

Purple Carrot plays jazz, jams, classic rock and blues at Fenceline Cider in Mancos from 7-9 p.m. Saturday. I made it to Fenceline last weekend to catch the debut of Farmington Hill’s new lineup. I found Fenceline to be a perfectly funky pad, with an outdoor cider garden on the banks of the Mancos River. I also worked my way through the majority of their cider menu, from slightly sweet to tart to dry-hopped offerings. Trust me, it’s one of the coolest hangs in the Four Corners.

What it’s like washing windows? Email me at chrisa@gobrain storm.net.