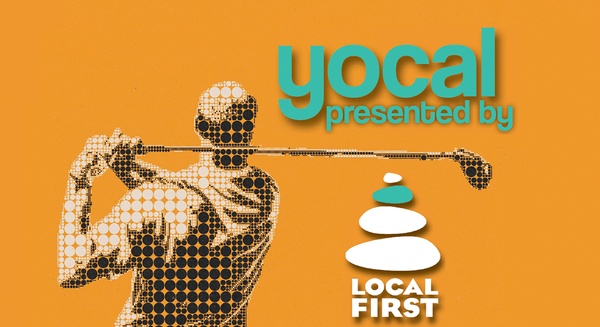 It’s been one year this week since COVID-19 entered Colorado. Here is a recap:

March 2020: It was bleak. We were all becoming more aware of covid and its dangers. The implications to our lives were just starting to sink in. Many jobs were lost and the infamous PPP was introduced. Megan Markle and Prince Harry left Europe for North America. Toilet paper was starting to gain popularity. Elected officials were golfing.

April: Face masks became the new “must have” fashion piece. People with sewing machines became very popular. We were all learning about this thing called “Zoom” and dog adoptions were on the rise. The Tiger King entered our homes and Carol Baskin broke our hearts. Llamas became the year’s mascot and we started to learn how far six feet was.

May: Quarantine turned into “Quarantini” while alcohol consumption was the new favorite past time. People started cutting their own bangs and contacting their ex’s with, “what’s ups?” texts. Hobbies that were once mocked became cool again: knitting, gardening, puzzling and crafting. Homemade baked bread was everywhere. Zoom happy hours were on the rise. Toilet paper became the country’s new currency. Our leaders were still golfing.

June: Countries’ borders and state lines were closed. Most of us were asked to stay home. Many people took that as a green light for domestic travel and small towns were flooded with tourists. Hospitals became overwhelmed. Toilet paper had all but completely disappeared. Couples were breaking up everywhere.

Screens went black. We were all reeling from a very public death of a black man in Minneapolis. A revolution was reignited. Large protests took place in many cities. The air was thick and heavy. National leaders were still golfing.

July: With businesses closed down, outdoor recreation became very popular with everyone. Trails were packed and fragile landscapes were trampled. 4th of July was canceled and Taylor Swift surprised us with a new album. Pajama pants were selling out, people still kept cutting their own bangs, and TikTok videos kept people busy.

August: Conspiracy theorists started making waves and the hoax stories started showing up on popular news media. Most of us had gained, lost, and gained back again the quarantine 15. Peloton sales skyrocketed.

September: Everyone lost the ability to properly interact with each other. Most of us went into an existential crisis. Working from home and Zoom fatigue set in and we changed our computer screen backgrounds into tropical scenery to make ourselves feel better.

October: The presidential election had taken center stage. Halloween was seen as a “get out of jail free” pass and of all the holidays, it was the one that was “worth the risk.” Covid cases skyrocketed. Taylor Swift helped us grieve.

Election day had us all glued to our screens watching the results (not) come in. Arizona played with our hearts and tested our patience. Sharpies were questioned for validity. Conspiracy theorists took the spotlight and declared voter fraud. What felt like years later, Joe Biden and Kamala Harris were declared winners.

December: Thank goodness 2020 was over. Everyone expected smooth sailing from there.

January 2021: Insurrection at the Nation’s Capitol. Democracy is hanging on by a thin thread. Biden and Harris are sworn into office behind locked doors.

February: The COVID-19 vaccine is becoming available to frontline workers and people at high risk. The clouds feel like they might start to part soon.

March: Breath is held and fingers are firmly crossed.

How to do year two of COVID-19 like a local:

Put your scissors down and put a mask on. Have a professional cut your bangs: Bella Vie Hair Studio

Because you’re (probably) not a leader in our nation, you can golf at Hillcrest Golf Club or Dalton Ranch Golf Club and Resort whenever you want (Save for the times your work or family need you, and probably after the snow melts).

Did you end up with a covid pet? Pet Haus, Healthy Hounds & Fat Cats, Creature Comfort for supplies. Or didn’t get the memo and (responsibly) want one? La Plata County Humane Society

Continue nurturing your covid hobbies such as baking bread: Nature’s Oasis, Durango Natural Foods Co-op, PJ’s Gourmet Market for ingredients. Or gardening: Botanical Concepts, Kroegers Ace Hardware for supplies. No one expects you to be that productive though so you can just buy some bread at Serious Delights Bakehouse, James Ranch Market and hire professionals to do your gardening for you: Columbine Landscapes.

Escaping to Cancun probably shouldn’t be on the agenda--even if you’re freezing--but local staycations are totally up for grabs: Get some vacation advice from Visit Durango and some tacos at Los Amigos Del Sur and pretend you’re in Cancun.

Catch some real sun rays close to home by renting an adventure van from Vango Durango and hang out in the nearby desert.

Take advantage of the shoulder season and make it a two-parter. Head up to Purgatory Resort and live it up as a snow bunny; rent a room, ski, drink, eat and be merry.

Stay in town and treat yo’self. Get driven around by Buck Horn Limousine and have a getaway night at The Strater Hotel or The Rochester Hotel and Leland House.

Hopefully by this time next year we’ll all be safely and happily away from the Zoom and safely enjoying our time with each other again.