2021 ballot cheat sheet
Off-year election, while maybe not as flashy, still as important 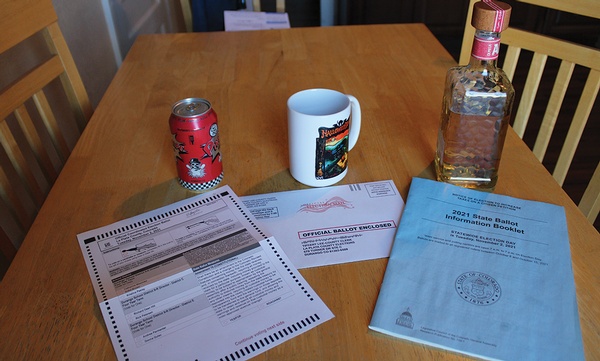 All the supplies needed to vote successfully, but hold off on the harder stuff until you've filled out your ballot./ Photo by Jonathan Romeo

Amendments, propositions, TABOR, homestead exemptions – please don’t turn the page! This year’s election may not be as sexy as 2020, or as annoying for that matter, but voting is important and does affect your life and pocketbook. Or I guess we should start saying, Venmo account.

Remember when Puff Daddy threatened to kill you if you didn’t vote? Well, we’re not exactly making as bold of a threat, but whether you know it or not, these seemingly dull and not important ballot questions do have an impact on our state and how our taxpayer money is spent. Why else would shady organizations dump millions of dollars into this election? Getting informed and voting doesn’t take all that long either, and hopefully our election cheat sheet helps out.

Other than three ballot items (two propositions and one amendment), the only other election this fall is for the Durango School District 9-R School Board. As is Telegraph tradition (and for everyone’s sake), we do not endorse candidates. We did, however, have a pretty long story in last week’s issue that took a look at who’s running. If you missed it, you can still find the story online at durango telegraph.com or if you prefer print, you can go track down whoever is stealing all our papers from the Durango Post Office box and ask for an old copy.

All right, here we go. We can get through this.

The 411: Colorado’s housing prices are skyrocketing and increasingly, it’s harder for normal people to live in this beautiful state. If this comes as news to you, we want what you’re having.

Proposition 120 is being sold by its supporters as at least one way to give some financial relief to the housing crisis. But as our ole pal Ludwig Mies Van Der Rohe always used to say: the devil is in the details.

Proposition 120 would lower property taxes paid by owners of multifamily housing units – including duplexes, triplexes and apartment buildings – from 7.15% to 6.5% and the non-residential property tax assessment rate (for lodging properties such as hotels) from 29% to 26.4%.

Proposition 120 would not, however, apply to single-family homes, which have an assessed property tax value of 7.15%.

If approved, the tax cut for these select property owners would come at a cost of an estimated $50 million to the state and local governments, money that would go to fund schools, fire districts and libraries.

Proposition 120 also tacks on another stipulation, authorizing the state to keep and spend $25 million in revenue above the TABOR spending cap for five years to fund existing reimbursements to local governments for the homestead property tax exemption – a Colorado law that gives reduced property taxes to seniors and disabled veterans.

Those against it say: Proposition 120 would slash budgets for schools, emergency services and other essential government functions, all to give a tax break to wealthy property owners who own multiple properties or lodging businesses. They argue single-family homeowners won’t see any financial benefits, and it’s not likely rent will go down.

The measure is opposed by Colorado Education Association, a statewide federation of teachers and education workers.

How we’re voting: No. While on face value, lowering property taxes to hopefully ease housing and rental costs sounds great (hey, we’re not rich), this measure doesn’t do it. Do we really expect landlords to lower rent if this measure passes? Common sense says it’s not likely. And, we feel the messaging of support for this measure has been terribly misleading to make voters think the tax break will help single-family homeowners, when it does not.

Also, to make matters worse, if this measure is passed, important services like schools and fire districts, already underfunded, will be the ones to feel the effects. Why put more stress on these entities to help landowners on the wealthier side of life?

The 411: Fans of marijuana, listen up! Proposition 119 would increase the marijuana retail sales tax from 15% to 20% over three years in order to create the “Learning Enrichment and Academic Progress” (LEAP) program. Now that we have your attention, let’s dive a little deeper.

Proposition 119 would create an entirely new, nine-member, governor-appointed board called the “Colorado Learning Authority,” to use the money generated for LEAP to award private companies, like tutoring agencies, to offer students a range of out-of-school services.

Children ages 5-17 would be eligible for programs like tutoring, instruction in English and foreign languages, emotional and physical therapy, mental health services, special support for students with special needs, as well as music, dance and art programs.

The increased taxes on marijuana sales would raise more than $87 million for LEAP, according to estimates. Proposition 119 would also divert about $20 million from the State Land Trust, which supports funding for public schools.

Those in favor say: Proposition 119 gives kids from lower income families a chance to access tutoring and enrichment programs, as well as help students catch up academically to their more privileged peers. These needs are even more pressing, supporters say, with the education challenges brought on in the past year and a half with the pandemic. Also, with the new program and funding, more students can benefit from after-school learning activities.

The measure is supported by Learning Opportunities for Colorado’s Kids, as well as a number of Colorado elected officials from both sides of the aisle, including Gov. Jared Polis, as well as former governors Bill Owens (R) and Bill Ritter (D).

Those against it say: Proposition 119 is a “public voucher scheme” that undermines public schools and diverts money to private companies that have no accountability or oversight, and could discriminate against students based on their religion, race, sexual orientation or other factors. Opponents argue any additional funds should help existing schools, and not be spent on an entirely new government agency that sends money to private companies.

The marijuana industry, too, is against the measure, arguing you can’t just tax weed sales every time you want more funds. In the last six years, Colorado has collected more than $1.6 billion just at the state level from marijuana sales.

The measure is opposed by the Colorado Association of School Boards, Taxpayers for Education and Colorado NORML, a cannabis consumer organization.

How we’re voting: All right, here’s a likely unpopular take, but we’re going with a “No” vote. And hear us out.

Yes, saying no to funding out-of-school programs, which

are so important for children, makes us sound like monsters. We get it. And of course we want more money for tutoring and mental health services and all the things LEAP promises – we just don’t feel like this is the right way to go about it.

Why create a whole other bureaucratic agency (the Colorado Learning Authority Board) to evaluate, process and award funds to private companies? Seems like a lot of wasted time and money, when instead, we could just invest those funds to existing school districts, which already suffer from underfunding. As a state, we need to do better, especially for low-income children. But this measure seems to go at it in a roundabout way.

Also, whether you’re pro or anti marijuana, whether you inhale or don’t inhale, is it really fair to go after one industry every time the state needs more funding?

The 411: This initiative would transfer the power to appropriate “custodial funds” (state revenue not generated through taxes, like federal grants) from the state treasurer to the state Legislature.

To do it, Amendment 78 would create the “Custodial Fund Transparency Account,” a centralized account within the Department of the Treasury, to receive all the funds. This would require new employees to be hired to handle the process, with some estimates showing at least $1 million in predicted costs.

Then, our elected officials in the state Legislature would have the power to determine where to spend the money in a supposedly more public process.

Those in favor say: The governor, the attorney general and unelected administrators in state agencies currently spend large amounts of custodial money, often without public input or accessible public records. Sending this process to the state Legislature would create public participation and transparency in how funds are spent.

Michael Fields, executive director of Colorado Rising State Action, sponsored the initiative, and said, “I think (Amendment 78) is relevant this year because of all the COVID money the governor spent, the money he’s getting from companies to hire staff and the settlements coming into the AG’s office. The Legislature should be deciding how to spend that.”

The measure is supported by Colorado Rising State Action and Unite for Colorado.

Those against it say: Amendment 78 adds unnecessary and expensive bureaucracy, and risks significant unintended consequences (a lot of custodial money is given for emergency situations and needs to be allocated quickly). Also, opponents say the measure shifts decision-making from program experts and independent commissions to a messy political process. And, custodial funds are already reviewed by the Joint Budget Committee.

The measure does not have any official opposition groups listed.

How we’re voting: No. Much of the money in question here is provided by the federal government for emergencies like wildfire disasters or public health crises. This money should be received and doled out as quickly as possible to benefit citizens most in need. Approving this amendment would throw those funds into the political fracas of our state Legislature, and then who knows when people who need this financial assistance would actually get it?

Also, it seems like this bill was an initiative born out of Colorado Rising State Action’s issue with how Gov. Polis used COVID relief money, not any real flaw in the process.

We did it, we’re done. Go for a bike ride, or forget you ever heard the term “custodial funds” with a drink at El Rancho. Just make sure to vote by Nov. 2.

• Deliver it to a Voter Service and Polling Center

• Or, the most convenient option, drop it off at any number of ballot drop-off locations around the county.

Where drop-off locations and polling centers are located can be found in the “Voter Instructions” portion of your packet. The instructions also have information if you want to vote in person. And, everything you need to know about the election can be found at https://bit.ly/3pezQg5. ? 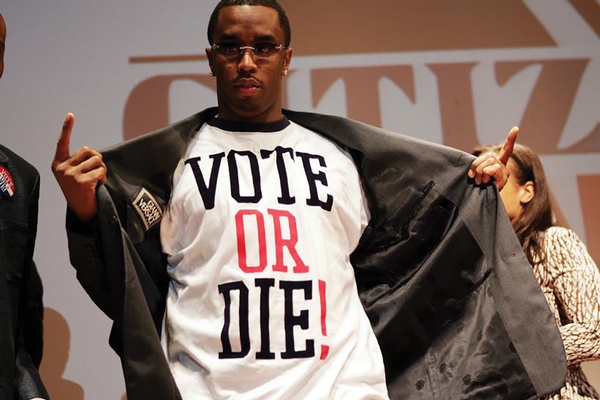