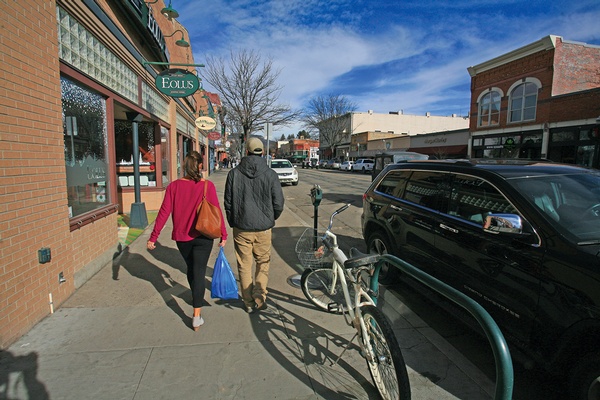 In the past, shoppers in downtown Durango would pay state, county and city sales taxes on their holiday purchases. Once shoppers changed over to using their laptops or cellphones for those same purchases, taxes weren't part of the cost. But following a recent U.S. Supreme Court decision, things have changed, and everyone has to pay online sales tax. The change has created headaches for small businesses trying to figure out how much to charge whom./ Photo by Stephen Eginoire

Taxes may be one of two certainties in life, but figuring out how to pay them is anything but. Following a court decision this summer, states and cities are now allowed to require online retailers, like Amazon and Wayfair, to pay local sales taxes.

But in the rush to cash in on this new rule, some states may have tripped over their own two cents – including Colorado.

What happened to Wayfair?

It all started with the U.S. Supreme Court’s decision in South Dakota v. Wayfair. In a 5-4 decision handed down June 21, the court made one important change to the way interstate commerce is handled.

It used to be that retailers had to have a physical presence in the state in order to be forced to pay sales taxes. Over the years, there were debates about how much of a physical presence was required – from an actual storefront to storage facility, employee or even contractor – but either way something or someone had to be there if the state wanted to collect sales tax.

The Wayfair decision changed that requirement.

With online retailers growing so big, so fast, it became clear to the court that interstate commerce was happening whether or not a company like Amazon had any buildings, storage facilities or employees in the state. The court believed it created an unfair advantage and sided with South Dakota, saying the state had a constitutional right to require sales taxes from out-of-state internet retailers.

Since then, other states across the nation have been trying to get in the game.

The Colorado Department of Revenue joined in this September when it announced emergency rule changes for sales tax collection. Starting Dec. 1, the department is requiring any business making an online transaction to pay the state and local sales taxes specific to the location where the buyer takes possession of the item.

For example, if someone in Colorado purchases an item on Amazon, it would be up to Amazon to figure out in which of Colorado’s 344 cities, counties or special districts the buyer lives, calculate the taxes specific to that location and remit those taxes to all the entities in question.

The problem is with all the different taxing entities overlapping in Colorado, there are more than 700 possible tax totals.

The Tax Foundation, a Washington, D.C.-based tax policy nonprofit, flagged Colorado as one of two states in the country that was far from ready to start collecting sales taxes from online purchases.

The reason was not just hundreds of different tax totals, but the way taxes are collected. Some sales taxes in the state are collected by the Colorado Department of Revenue, which then distributes them to local governments. Others are collected by what are called home-rule cities.

These home-rule cities – of which Durango is one – really do make their own rules. They have complete autonomy when it comes to sales taxes, setting up their own systems and collection.

“Colorado has the worst sales tax collection system in the United States,” Bruce Nelson, a certified public accountant with more than 30 years of experience, said. “One of the reasons is we have 71 home-rule cities.”

The Colorado Municipal League, a nonprofit organization founded in 1923 to help officials manage towns and cities, is currently working with all 71 home-rule cities to try and craft a single standard for online transactions. But, it will take time.

Meanwhile, retailers selling items online to residents in Colorado are stuck trying to navigate the system. It’s a complicated web for any sized retailer but an even stickier one for small businesses.

Kay Dietz, who owns Dietz Market south of town with her husband, shows up at her store early in the morning and leaves late at night. Her focus these days is on her customers and just getting through the busy Christmas season – not trying to decode the latest rule change from the Department of Revenue or decipher hundreds of possible tax calculations for an online sale.

She said she doesn’t mind collecting or paying the taxes, but trying to keep up with all the different taxing entities and filing systems is difficult, particularly for a business like hers.

One of the reasons the U.S. Supreme Court sided with South Dakota in its case against Wayfair was because the process wasn’t supposed to be burdensome.

In South Dakota, for example, a business with limited sales wouldn’t even have to collect sales tax. The threshold, or limit, is $100,000 or 200 transactions per year.

This means that if an online retailer sells more than $100,000 of product or has more than 200 individual transactions in one year, they have to pay sales taxes in that state. If they fall under that limit, they are not required to collect sales tax. So far, 22 other states have taken up the same numbers, including Colorado.

But this threshold does not apply to Colorado businesses making online sales in Colorado. It’s only for out-of-state retailers.

Therefore, any online transaction between a Colorado business and a Colorado resident – no matter how small – will have to include the proper sales tax for the city, county or special district.

“Everyone recognizes this is an issue,” Nelson said.

A couple of years ago – even before the Wayfair decision – the state created the Sales and Use Tax Simplification Task Force, whose job was to find ways to simplify Colorado’s complex tax structure without stepping on any home-rule city toes.

Nelson said they’ve made some baby steps in the right direction, like creating one website where all the different tax entities could be found, but these don’t address any issues created by the Department of Revenue’s newest emergency rule.

“I don’t have any good news in terms of solving the compliance issues,” Nelson admitted. “We have a lot more questions than answers right now.”

For Schertz and others, they understand why cities and towns across the country are looking to collect taxes from large online retailers, like Amazon, and they support those efforts. But the tax collection system in Colorado is difficult to navigate, he said, and most retailers have no idea what to do with these new rules.

“When you have a small business, you have a tough time with that bottom line,” Dietz said. “I’m hoping someone decides that we need to look at this again.”

And, it seems, someone may just be taking a second look.

When the Colorado Department of Revenue first announced the emergency rule change for online sales, the deadline to comply was Dec. 1. Not long after, they said there would be a grace period and gave businesses until March to comply. Just this week, they extended the grace period again.

“We have heard from legislators and the business community, and the Department of Revenue agrees it is important for the state to take the time to get this right,” Colorado Department of Revenue executive director Mike Hartman said in a statement. “As such, the Department is extending the automatic reprieve ... from the current March 31 deadline to May 31. We will evaluate the need for another extension as May 31 nears.

“This additional time will give the state legislature an opportunity to find innovative solutions to streamline and simplify our sales tax collection laws in accordance with the wishes of the residents of Colorado.” 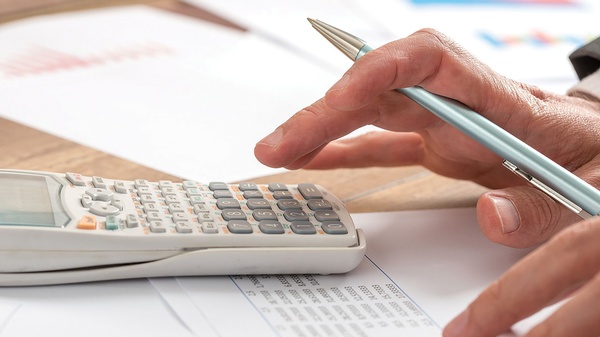 In an effort to help local businesses navigate the new rules and keep up with the changing sales tax landscape, FredrickZink and Associates is hosting an event with Bruce Nelson, who has 30 years of experience as a certified public accountant and has authored more than 50 articles and books on tax issues and policy.